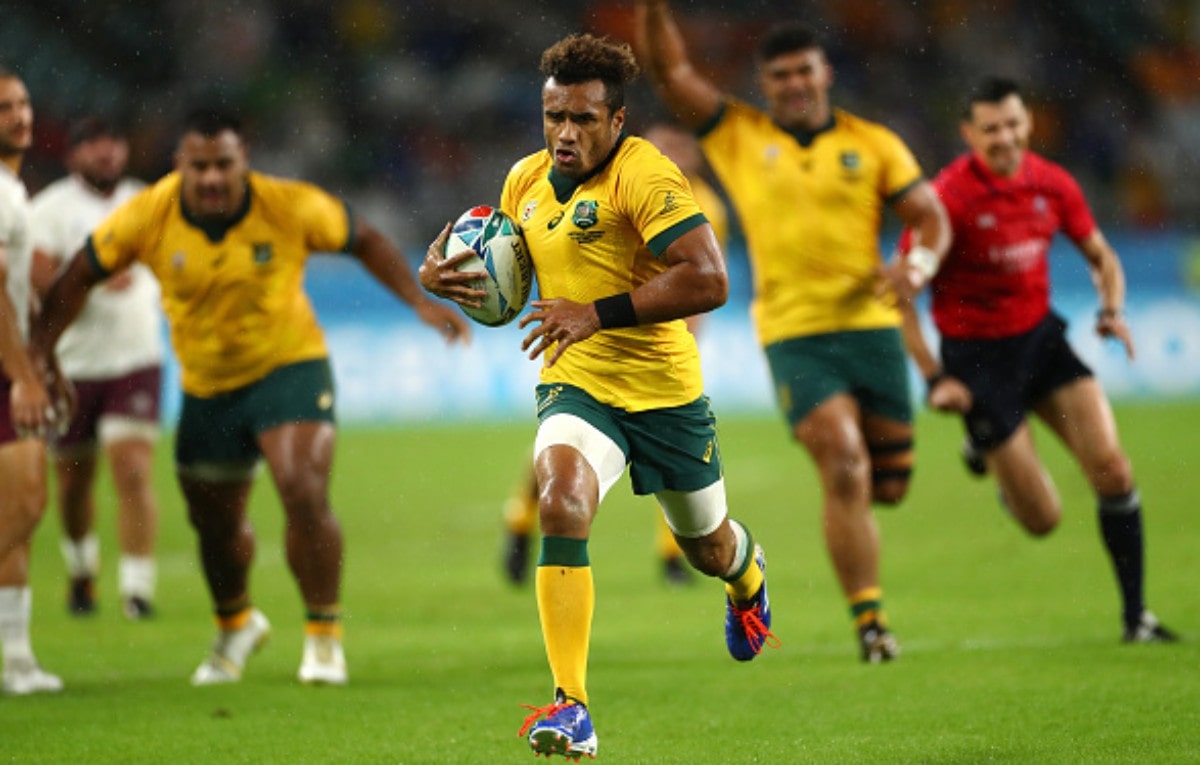 The Wallabies have concluded their Rugby World Cup Pool D campaign with a 27-8 win over Georgia in Japan this morning.

Tries from Nic White, Marika Koroibete, Jack Dempsey and Will Genia saw the men in green and gold over the line against a Georgian team that held strong for the first hour of the game.

Both teams struggled in the opening quarter as the heavy rain that fell caused many handling errors as the Wallabies dominated the territory and possession but couldn’t make it count until the 22nd minute.

After some sustained pressure in the Georgian 22 and following a number of phases, scrum-half Nic White grabbed the ball from the back of a ruck and pounced over the line for the first try of the game. To’omua slotted over the conversion to make it 7-0.

However, Georgia hit back quickly and full-back Soso Matiashvili knocked over a perfect penalty to make it 7-3 just before the half-hour mark.

The Wallabies were reduced to 14-men five minutes before the end of the half when No 8 Isi Naisarani received a yellow-card for hitting Giorgi Nemsadze on the head with his arm.

Despite being down a man the Wallabies clocked the final score of the half as To’omua struck over a penalty leaving it at 10-3 come the whistle.

Much like the first half, it took time for the second to get going and a moment of magic from winger Koroibete provided some individual brilliance to get the first score of the half.

After picking up a loose ball the No 11 flew down the left wing before cutting inside to beat the final defender and touching the ball down for a try. To’omua added the extras to push the Aussies 17-3 in front.

Georgia grabbed a try of their own with 10 minutes left as Lasha Khmladze broke through the Wallabies defence before passing to winger Alexander Todua, who showed great pace to pull away and score. The extras were missed but it was 17-8.

Any chance of a comeback was shut down almost immediately by the Wallabies as they hit the opposition with a line-out drive four minutes later leading to Dempsey going over for his first international try. This time To’omua couldn’t provide the extra two but Australia were in the clear.

Genia added gloss to the scoreboard with two minutes left on the clock as he finished off a fine team effort to secure the bonus-point, again the kick was missed but that was that as the match finished 27-8 to the Aussies.

The result currently puts Australia at the top of Pool D, however, Wales play Uruguay on Sunday and are expected to win meaning they would return to the summit. If that happens the Wallabies will play England in a quarter-final but if Uruguay can cause another major upset then the Aussies could end up facing France in the last-eight.