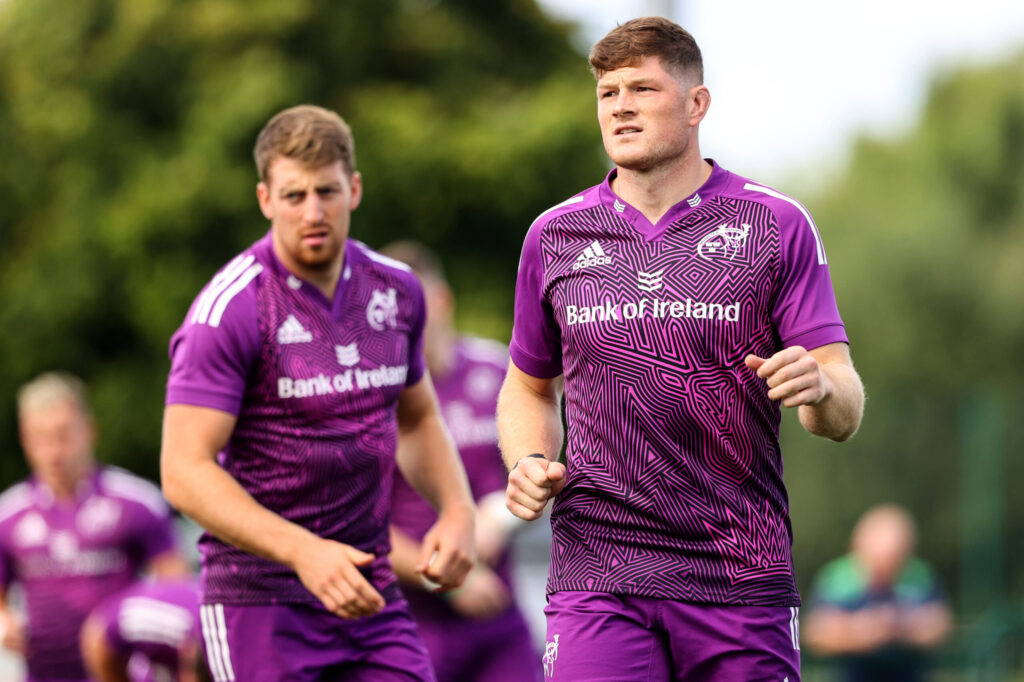 An extended 31-man Munster squad has been named for Friday night’s pre-season encounter against Gloucester at Musgrave Park (7.30pm).

It will be Gloucester’s first match since their player Ed Slater was diagnosed with Motor Neurone Disease (MND) in July.

In the aftermath of the diagnosis, Gloucester Rugby set up a fundraising page to show their support to Ed and his family.

New signings Malakai Fekitoa and Chris Moore are among the replacements and will make their first appearances for Munster.

Paddy Kelly and Greencore Munster Rugby Academy trio Edwin Edogbo, Ruadhan Quinn and Conor Phillips are also in line for their first taste of senior action with the province.

Simon Zebo starts at full-back with Calvin Nash and Shane Daly on either flank.

Rory Scannell and Chris Farrell form the centre partnership with Neil Cronin and Ben Healy in the half-backs.

Josh Wycherley, Diarmuid Barron and Keynan Knox pack down in the front row with Academy man Cian Hurley and Eoin O’Connor in the engine room.

We will be wearing our new adidas Alternate kit for the game, available exclusively at Life Style Sports here.

The match will be live-streamed by the Irish Examiner, our official media partner, here.

Hear from Head Coach Graham Rowntree ahead of the game.