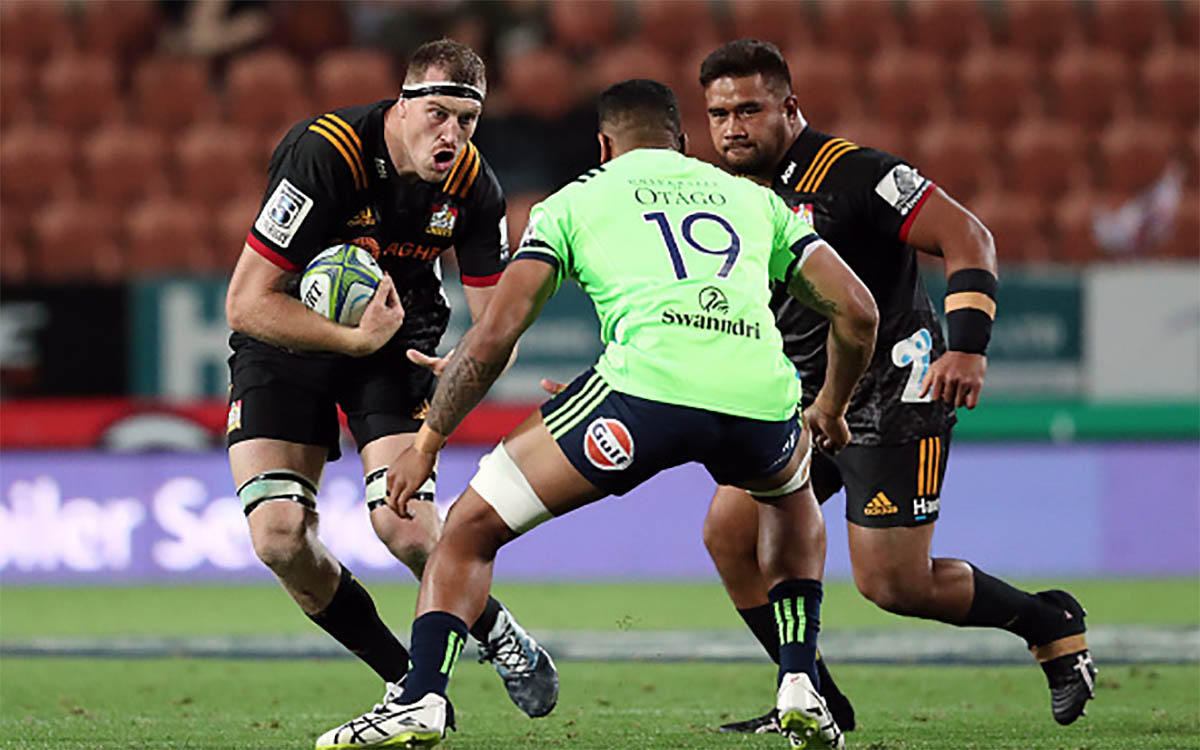 The Chiefs and Highlanders kicked off the 2019 Super Rugby season today in NZ and it wasn’t long until controversy kicked in. 65 minutes.

Highlanders coach Aaron Mauger after Round 1 has already came out and said he’ll be checking in on the rule book following a controversial red card for his side in the opening round in Hamilton.

Replacement, Sio Tomkinson had just entered the play a matter minutes before he was in the bad books following a hit on Chiefs captain Brodie Retallick. The All Black Row was left flat on his back for some time before eventually getting to his feet and slowly leaving the field of play.

The incident went unnoticed by referee Glen Jackson until the TMO alerted him. Following a review Glen Jackson said “You made no attempt whatsoever to wrap him, you have used your shoulder and it’s direct to the head”.

Have a look at the hit yourself and let us know what you think?

Luckily for the visitors, the dismissal didn’t end up costing them the match with the Highlanders fighting back late to win 30-27 (Match Highlights below)

Speaking after the match Mauger said;

“It seemed a little bit cloudy, the conversation at the start, So we’ll have to go back and have a look through the laws and make sure our interpretation of what’s going on there is bang on, and have a look at the video.”

“I’ve got a pretty disappointed Sio Tomkinson in the changing shed, because he felt like he let the team down – a big moment for a young guy like that, so we’ll make sure we put the support around him, and make sure we’re really clear on what we can and can’t do in those moments.”

Speaking after the game, Chiefs coach Colin Cooper didn’t have an update on Retallick’s health, after the second-rower told Sky his neck was a “bit stiff”, but could understand why the red card was issued.

“The head is really important, I think the game is going to go hard in that area,” he said. “So the judiciary on the red card is what’s going to happen [for incidents like that].”

Related Topics:ChiefsFeaturedHighlandersSuper Rugby
Up Next

Could Crotty Join All Blacks Abroad?