Aiden McNulty’s side scored 15 tries and conceded none in beating Wales (62-0) and Germany (27-0), with Amee-Leigh Murphy Crowe touching down six times and Anna McGann, captain Lucy Mulhall, Katie Heffernan and Eve Higgins running in two each.

Ireland’s final group game tomorrow against an unbeaten Czechia (kick-off 11.50am local time/9.50am Irish time) will decide who goes through to the quarter-finals as Pool A winners.

The four teams that reach the semi-final stage at Romania’s National Rugby Stadium will qualify for the Sevens World Cup, which takes place in Cape Town in September.

Ireland hit the front against Wales inside the opening minute, Claire Boles forcing a turnover penalty and McGann finished out wide from a Brittany Hogan pass.

Hogan did well to win possession from the restart, with Boles carrying hard up into the Welsh 22 before scrum half Heffernan fed Murphy Crowe for a simple finish in the right corner. 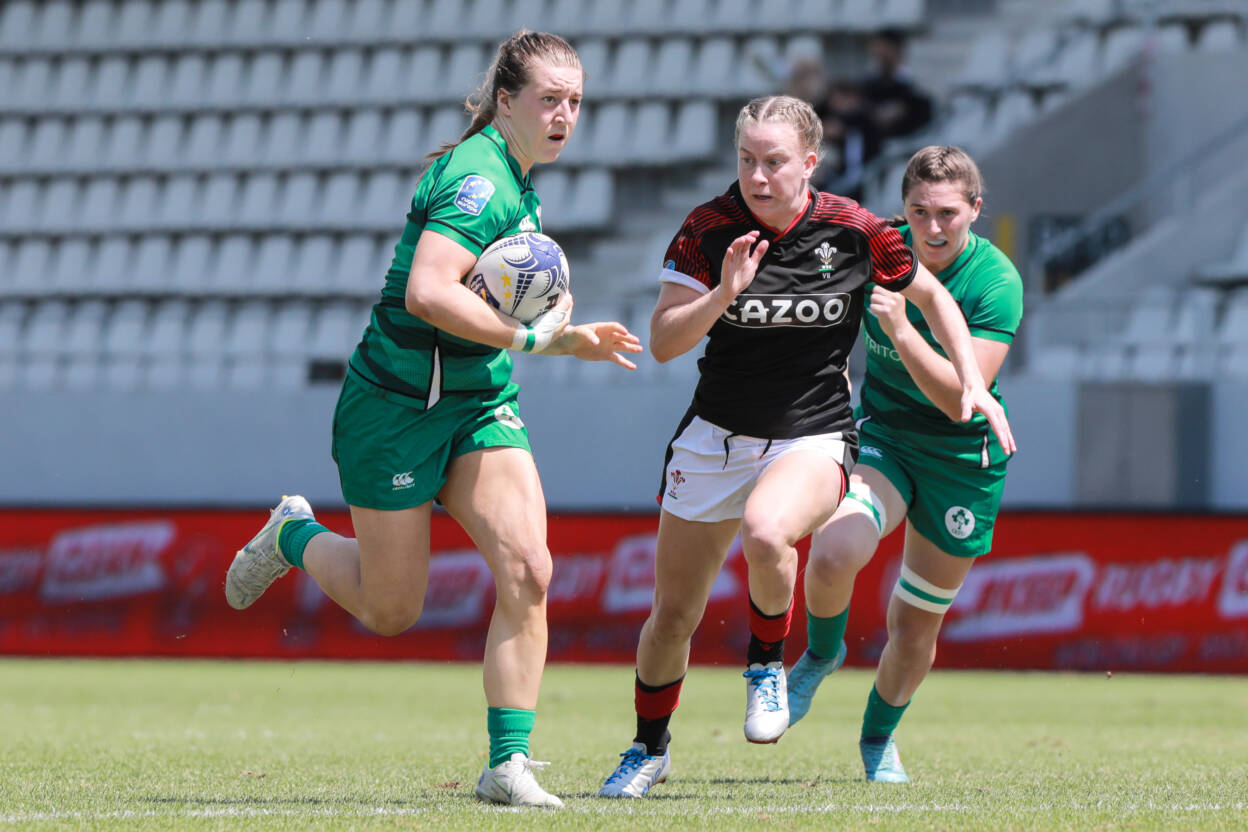 Heffernan, attacking off a scrum, took a return pass from Murphy Crowe to score in the fourth minute, with Mulhall adding a well-struck conversion from the right for a 17-0 lead.

Murphy Crowe soon broke a tackle to double her tally, and a superb solo break from Mulhall earned her a try just past the half-time hooter. She converted to make it 31-0 at the interval.

Mulhall and Murphy Crowe combined for Ireland’s sixth try early on the restart, and scrum possession provided the platform to sprung the latter over again on the left wing, with Kate Farrell McCabe supplying the assist.

Farrell McCabe took Ireland to the 50-point mark by converting Heffernan’s second try of the game, and neat work at close quarters from Higgins and Erin King sent McGann powering over with two minutes remaining.

Higgins, who had been sprung from the bench, had the final say when crossing for her fourth try after good hands from King and McGann had created the opportunity via a turnover in the Welsh 22. 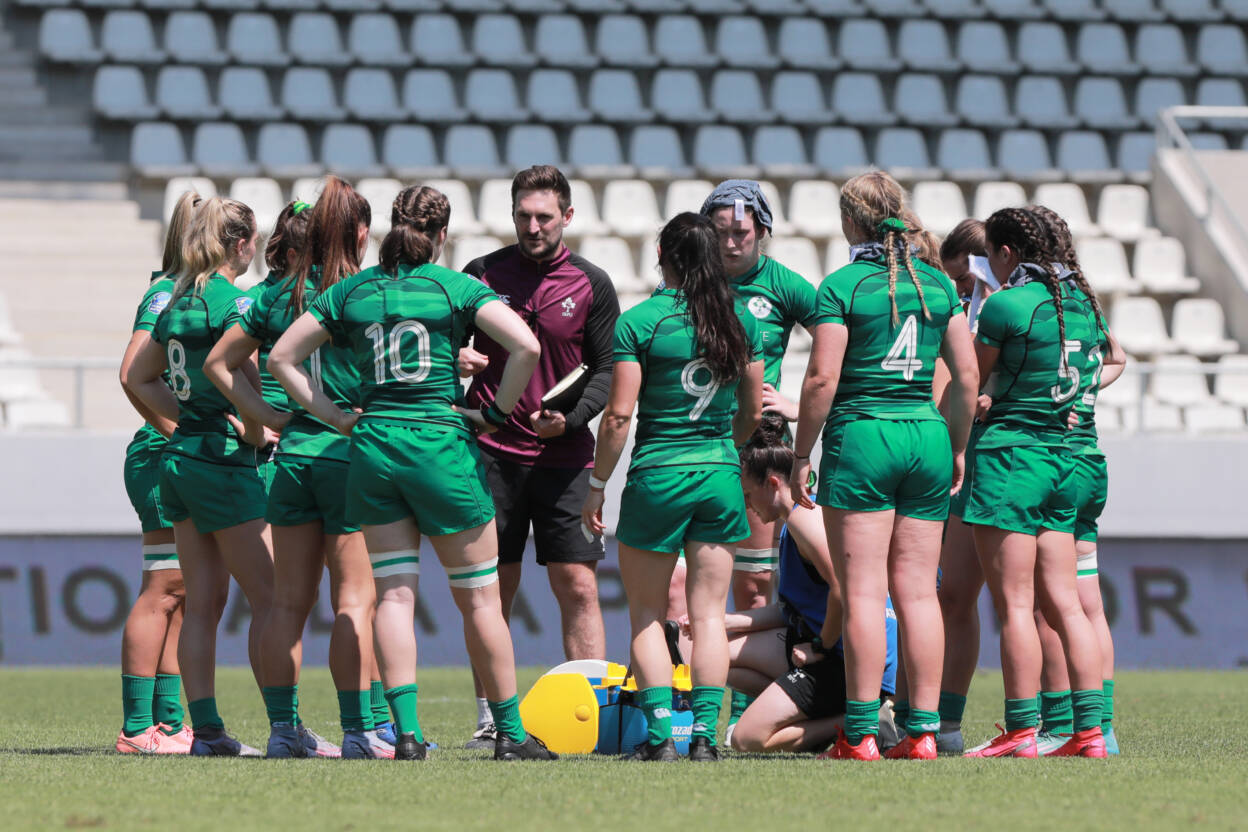 Murphy Crowe quickly added to her tournament haul in round two against Germany. She won a turnover penalty and tapped it to breeze over after just 29 seconds.

The Germans had most of the first half possession, but struggled for territory. Turnover ball led to Mulhall crossing from close range in the fifth minute, throwing a dummy along the way.

10-0 became 15-0 as good running and passing from Mulhall and Emily Lane freed up Higgins to scoot over on the left and wrap up the first half’s scoring.

Germany gained ground early in the second period, but when the ball squirted out of their ruck, Mulhall was alive to it. She drew in a defender and released Murphy Crowe who broke clear to score from inside the Irish half.

Wicklow teenager King had a try disallowed for a tackle without the ball, before Murphy Crowe beat Laura Dervari to a loose German pass and offloaded out of a tackle for Hogan to complete the scoring at 27-0. 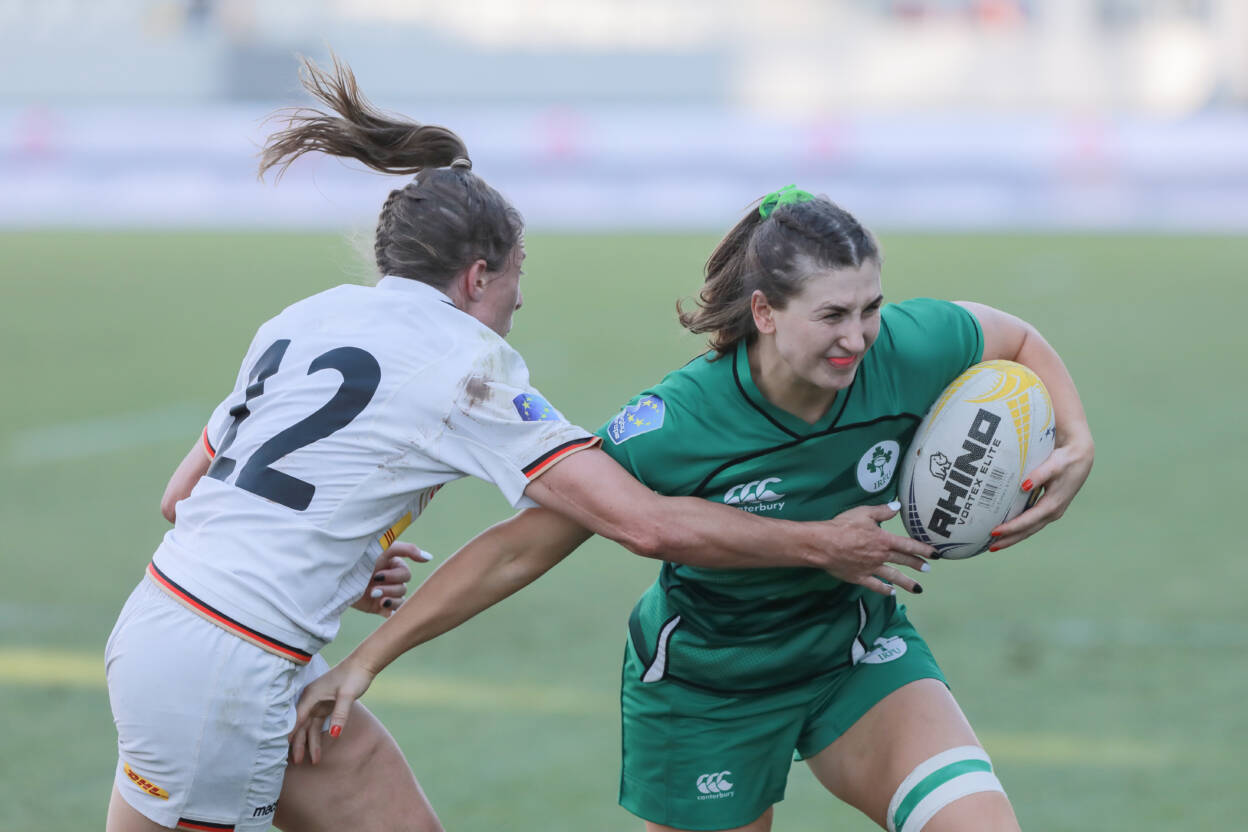