James Topping’s charges, who ran out 73-0 winners over Poland and beat Portugal 29-0, are in pole position in Pool A ahead of tomorrow’s clash with unbeaten Italy (kick-off 2.20pm local time/12.20pm Irish time).

Jordan Conroy bagged a hat-trick in Ireland’s pool opener, while the returning Terry Kennedy has also scored three tries during the first two rounds. Bryan Mollen, Zac Ward and Harry McNulty are all on two each.

Captain Billy Dardis and his team-mates are two matches away from qualifying for the Sevens World Cup in Cape Town in September. Tougher contests lay ahead tomorrow, with Spain, Germany, Belgium, Wales and Italy also gaining back-to-back victories.

After just a minute’s play against Poland and a well-won Chay Mullins lineout, Aaron O’Sullivan sucked in a couple of defenders to send Conroy over in the left corner. Dardis converted in brilliant fashion.

Turnover ball allowed Sean Cribbin to streak clear for a second try, converted by Dardis, who then took a quick tap and fed O’Sullivan for a simple finish out wide.

Trailing 19-0, Poland fell further behind when Matt McDonald’s hard work in regaining the restart eventually led to a neat interchange between Cribbin and Mollen with the latter going in under the posts.

Dardis converted and also added the extras to a sharply-taken late score from Conroy, who sidestepped around Szymon Sirocki to score out wide from inside the Polish 22. 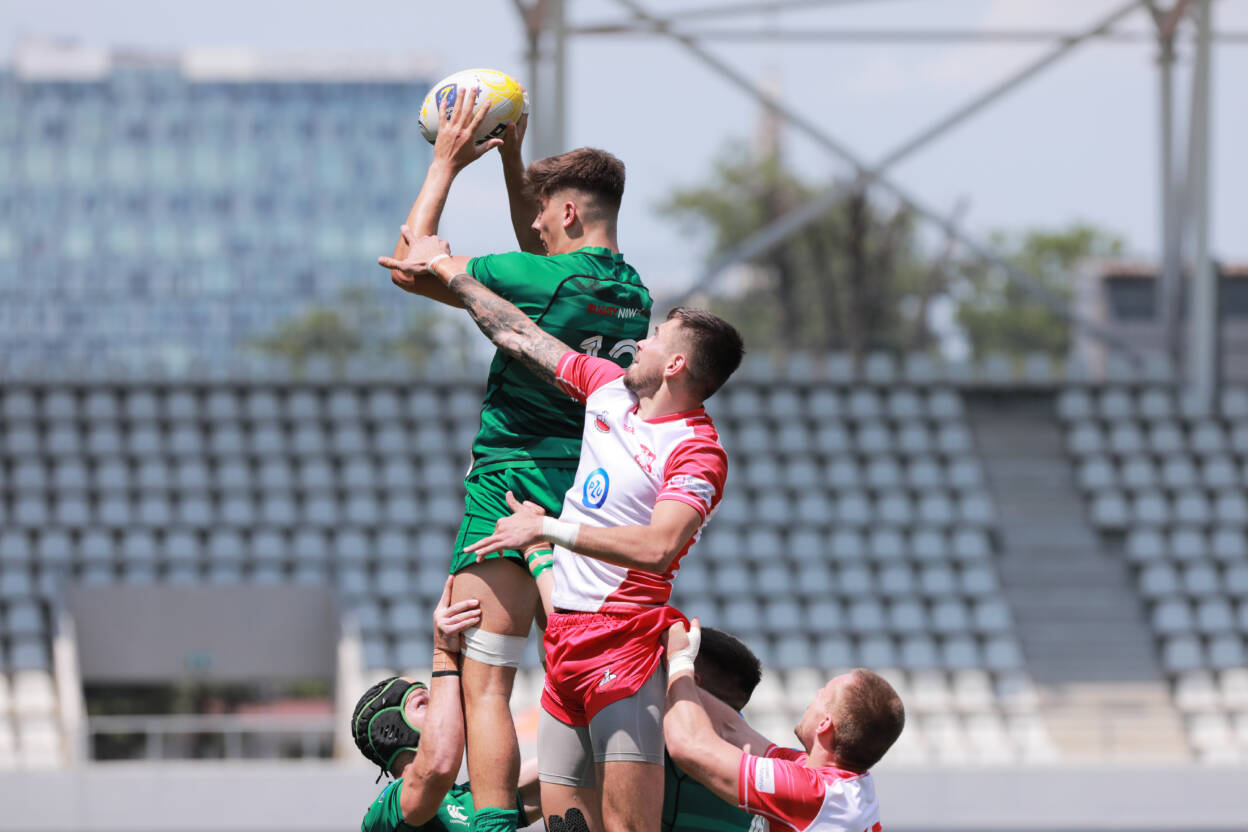 Ireland kept the pressure on and extended their 33-0 half-time lead, Cribbin putting Conroy over to complete his hat-trick and then the fresh legs of Ward surged through a gap to score from the right wing.

Ward soon turned provider, benefiting from a turnover penalty won by Mullins as he sent fellow replacement McNulty charging clear to score in the right corner. Mark Roche also nailed the conversion for a 54-0 scoreline.

Ward’s quickly-taken lineout, combined with a well-timed pass from Hugo Lennox, fired Kennedy downfield for his first try of the weekend. It was swiftly followed by his second, the assist coming from McDonald.

Mullins had a 40-metre run-in for Ireland’s eleventh and final try, set free for the right corner by Lennox who also clipped over the conversion for good measure.

Portugal provided a sterner test in the evening session, but Ireland took a second-minute lead when a counter ruck forced the ball loose on the ground and Mollen was able to pick it up and score from close range.

Some silky interplay saw Lennox scamper in from 35 metres out, after taking a return pass from Kennedy, and Portugal’s defence soon opened up again as Ireland moved into a 15-0 lead for half-time. 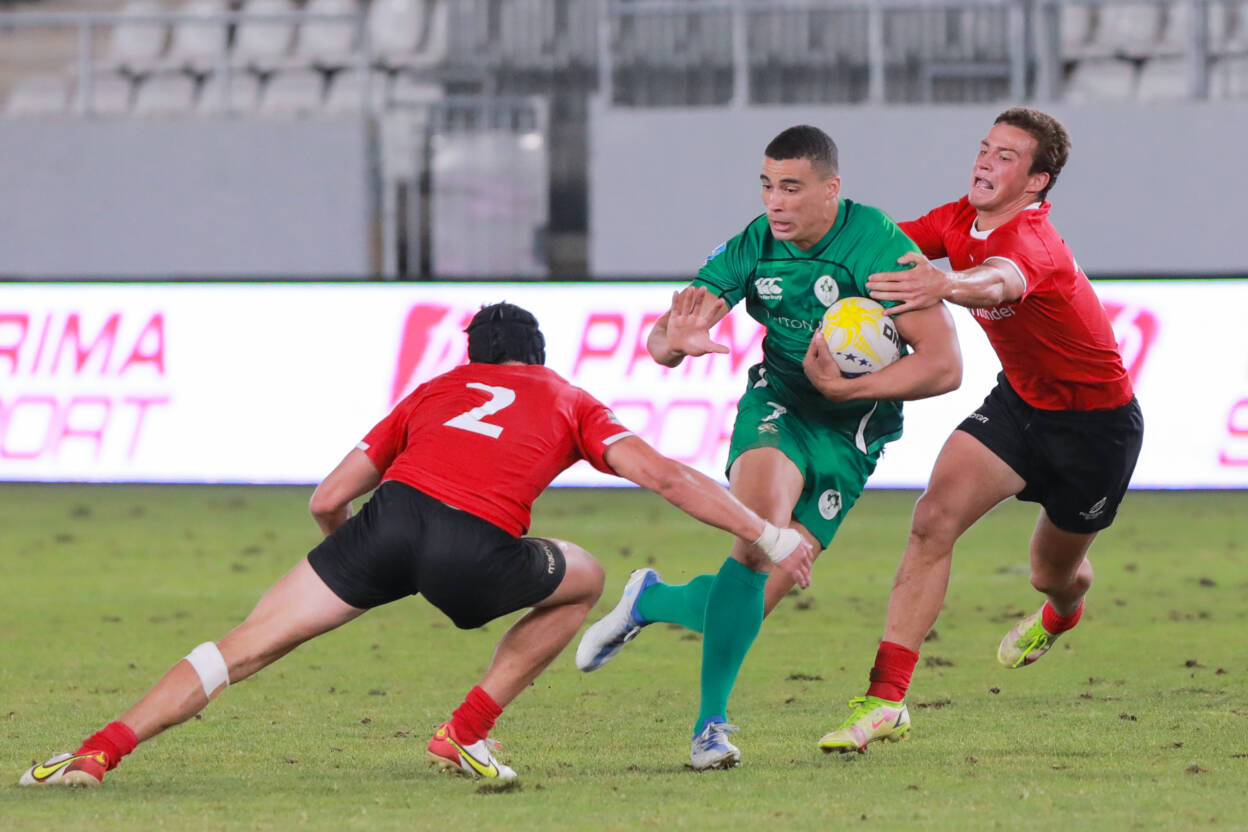 Kennedy drew in some defenders with his movement and Ward spotted his opportunity, using some quick footwork and a fend to score from Ireland’s 10-metre line.

The Portuguese were penalised at a scrum early on the resumption, Dardis put Kennedy over from a quick tap. The skipper slotted the conversion himself to widen the margin to 22 points.

With two-and-a-half minutes remaining, Lennox and O’Sullivan got the ball wide for McNulty to thunder over in the right corner. Dardis maintained his impressive kicking form with a pinpoint strike.