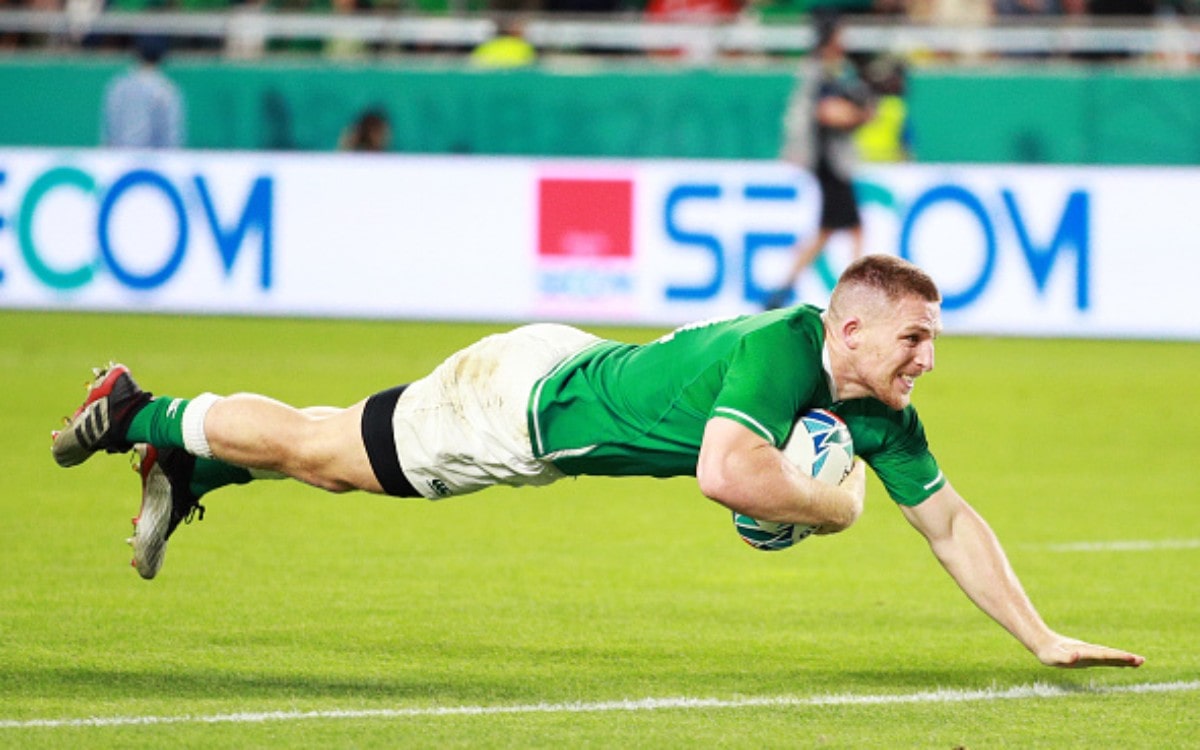 Ireland have come out on top 35-0 in a sloppy game this morning against Russia in Pool A of the Rugby World Cup in Japan.

The men in green took time to seal the bonus-point but tries from Rob Kearney, Peter O’Mahony, Rhys Ruddock, Andrew Conway and Garry Ringrose saw Ireland pick up maximum points in their Pool A encounter.

Ireland made a brilliant start to the game with a try inside the opening two minutes as Jordi Murphy sent a lovely inside pass to Kearney following a set-piece. Kearney showed some great pace to break through the Russian defence and put the ball over the whitewash.

Johnny Sexton added the extras to make it 7-0.

Ten minutes later and Ireland doubled their lead after some good work in open play led to Sexton sending a perfect grubber kick straight through the centre of the 22 where O’Mahony raced onto the ball and touched down under the posts. Sexton slotted over the simple conversion.

The game slowed down a little after that score, but there was bad news for Ireland on 27  minutes Murphy, who was only brought into the squad during the week following an injury to Jack Conan, was forced off through injury. CJ Stander came on to replace him although it was far from ideal for the Irish.

Russia were down to 14 men on 34 minutes as second-row Bogdan Fedatko was sin-binned for a succession of penalties conceded.

A minute on and Ireland had try number three as Ruddock barrelled over the line from close range with the help of John Ryan and O’Mahony. Again, Sexton was perfect from the tee in what was the final score of the half, leaving it at 21-0 come the whistle.

Things got from bad to worse for Russia 10 minutes into the second-half as substitute second-rower Andrey Ostrikov was handed a yellow card for a dangerous clear-out on Ryan.

However, despite Ireland having a man extra they couldn’t make the advantage count over those ten minutes as it took until the 62nd minute for the bonus-point try to come.

Replacement fly-half Jack Carty chipped over the top around half-way, with Keith Earls catching before passing it to the oncoming Conway, who was never going to be caught as he got in under the posts. Carty ensured the extra two, making it 28-0.

A brilliant late break with four minutes remaining from sub Jordan Larmour, who exchanged passes with Keith Earls before then passing to Ringrose who ran in for the team’s fifth try of the game. Carty kicked the points from in front of the posts in what was the last score of the game to give them a 35-0 win.

Ireland will now look to make sure of a quarter-final spot with a win in their final pool game against Samoa next weekend, knowing another bonus-point win could still see them progress as pool winners depending on other results. While Russia will hope to finish their World Cup on a high when they take on Scotland next Wednesday.

Surprise Selection at Fly-Half for All Blacks

Carbery Out of Russian Clash