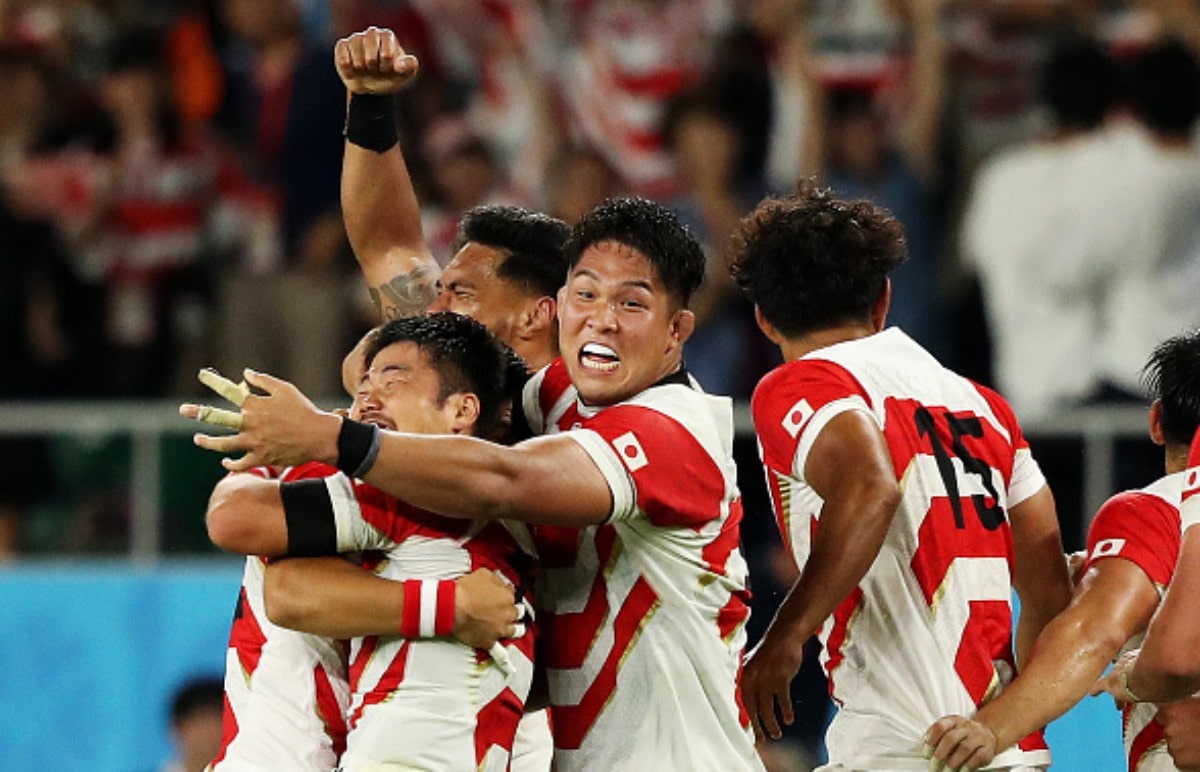 Japan picked up a phenomenal 19-12 win over Ireland this morning blowing Pool A in the Rugby World Cup wide open.

Fourteen points from the boot of fly-half Yu Tamura along with a try from Kenki Fukuoka were enough to get the host nation over the line despite early tries from Garry Ringrose and Rob Kearney giving Ireland the lead in the first half.

Japan started brightly, looking the most likely to score and had to go in front after six minutes through a penalty but Tamura sliced the kick to the left.

That miss proved costly as Ireland grew into the game and went ahead on 14 minutes when after a number of phases Jack Carty sent a lovely chip to the right-hand side where Ringrose rose highest, collected the ball and touched down. Carty couldn’t add the extras but Ireland had their noses in front.

Japan hit back immediately as Tamura redeemed himself by slotting over a penalty from straight in front of the posts.

However, it was Ireland that stretched their lead five minutes later with Carty again instrumental. Following another group of phases and with advantage on their side Carty chipped over the top 10-metres out from the Japanese line and got up to slap the ball back to Kearney who barged over. Carty was perfect with his conversion this time and it was 12-3.

The hosts dominated the remainder of the half but could only manage to score from two penalties off the boot of Tamura as the sides went in at 12-9 to Ireland come the half-time whistle.

The second-half started the same way as the first ended as Japan continued at a blistering pace as the Irish looked to be tiring and it was the home side that took advantage just before the hour mark.

After sustained pressure Ireland had a chance to clear their lines but following a scrum CJ Stander ran into Chris Farrell and gave away a scrum.

From there the Japanese made no mistake as they attacked the Irish line and within a couple of phases they were over for a try in the right corner through substitute Fukuoka. Tamura provided the extras and suddenly they were leading 16-12.

Ireland tried to get back into the game, bringing on a number of substitutes to try and provide some energy to the side, but it was Japan who seemed to grow in confidence and belief going on to get the next score with another penalty by Tamura.

The hosts were battered in the final minutes but held on with a tight defence as Ireland just continued to tire and almost scored a breakaway try in the final moments, only for Keith Earls to make a vital tackle.

Ireland won a scrum in the final minute of the match, but with one last play to try and rescue a draw, they instead decided to kick the ball out and take a losing bonus-point as it finished 19-12 to Japan.

The win puts Japan top of Pool A and Ireland are in second, but Scotland will now feel they have a chance to qualify after looking down and out last weekend following a loss to Ireland.

Ireland will need to dust themselves down quickly as they face Russia in what is now a crucial game on Thursday, while Japan will look to make it three wins from three when they play Samoa next Saturday as they hope to finish top of the pool.