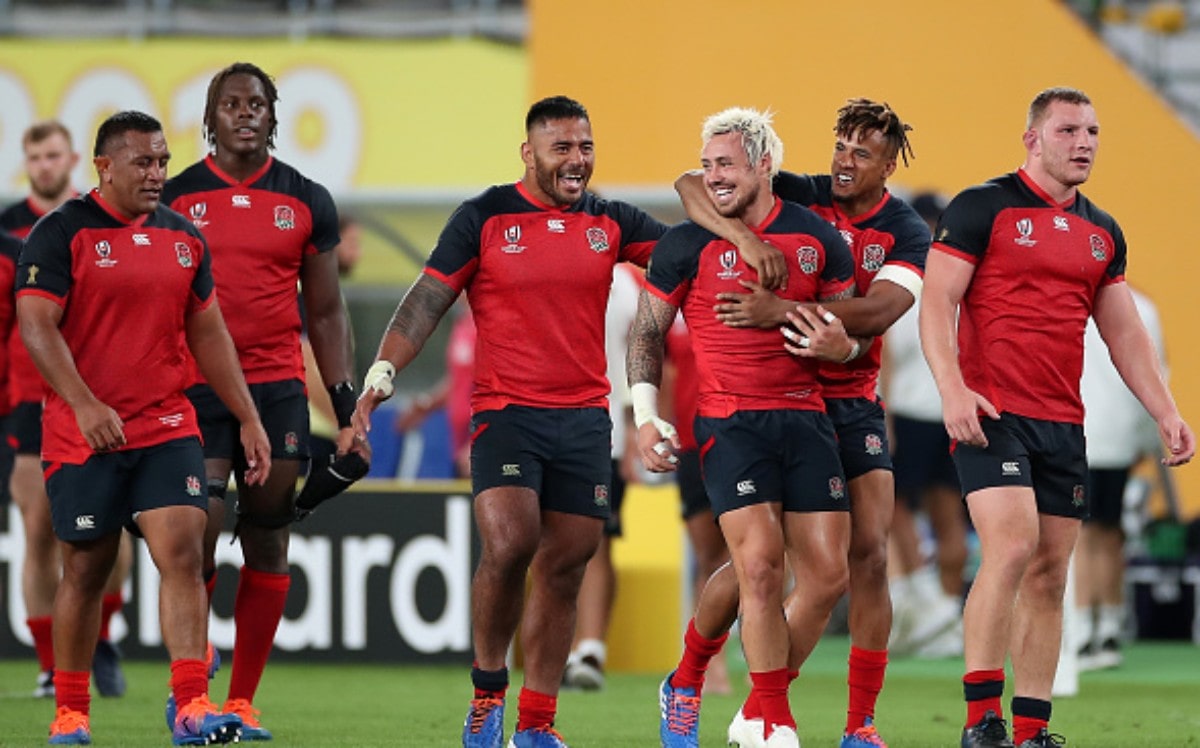 England have ensured a quarter-final spot at the Rugby World Cup with a dominant 39-10 win over a 14-man Argentina side in Pool C in Japan this morning.

Argentina started the brighter of the two sides and were unfortunate not to get over for an early try, but had to settle for three points from the boot of Benjamin Urdapilleta from a close-range penalty.

However, after their good opening the Pumas were behind just before the tenth minute with England putting huge pressure on their opponents close to their own line and after a maul which included backs, with May eventually being given the ball and racing into the left-corner to score. Owen Farrell missed the kick meaning it stayed at 5-3.

Things got from bad to worse for the Argintinians on 18 minutes as second-row Tomas Lavanini was shown a straight red card for a high-tackle on Farrell, leaving England with an extra man for over an hour of the match.

Despite having the man extra it took England until the 36th minute to add to the scoreboard. Following a number of phases in front of the Pumas line, with advantage on their side they sent the ball out to full-back Daly, who darted between two players to sprint over the whitewash and touchdown. Farrell misplaced the kick again.

England didn’t have to wait long for their next try as Youngs dived over from close-range just before half-time. Farrell made it three misses from three conversions as well as an early penalty miss to leave the score at 15-3 to England at half-time.

In the second-half England came flying out of the blocks and secured the bonus-point six minutes in as Ford charged over the line. Farrell struck the kick this time around to push the lead out to 22-3.

Seven minutes later and Farrell decided to add to the scoreboard with a penalty kick instead of going to the touchline making it 25-3.

Argentina pushed hard in a slow 15 minutes following that penalty and they were rewarded with a try with eight minutes remaining as winger Matias Moroni bolted over after a nice line-out move, with the extras making it 25-10.

With five minutes on the clock England pulled off a great sweeping move from a scrum, as Farrell sent a skip pass out to substitute Nowell who bounced off a couple of defenders before running to the corner and finishing superbly as he dived over. Farrell slotted the conversion to make it 32-10.

There was time for another try from England when replacement Cowan-Dickie pushed over from the back of a line-out maul with the clock ticking into the red zone. Farrell converted to leave the final score at 39-10 to England.

England will now hope to seal top spot in the pool when they take on France next Saturday, while Argentina will look to finish the group stages on a high when they face the USA on Wednesday.

All Blacks Hit Namibia for Eleven