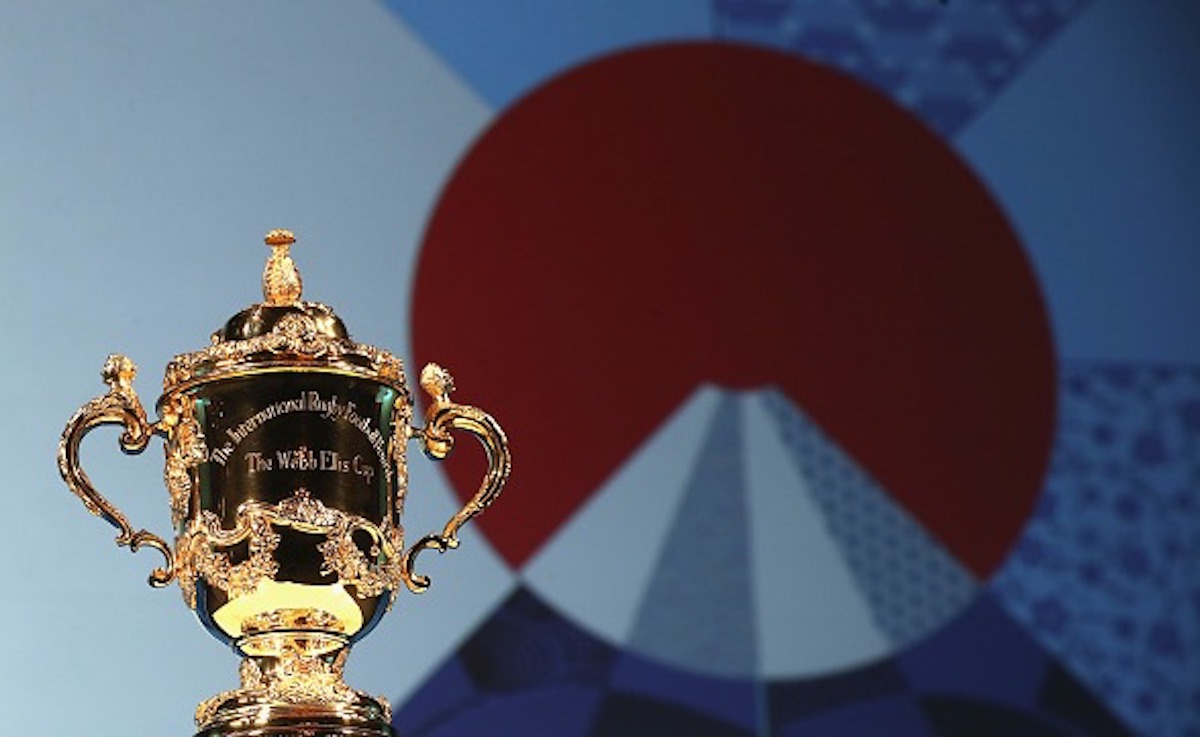 It’s almost here, all 20 teams are now in Japan and itching to show off their prowess on the field and be crowned the Rugby World Cup Champions 2019. The competition kicks off on Sept 20th with 5 teams divided into 4 Pools, A, B, C, D.

What are the bookmakers saying?

Cup holders, New Zealand, are in Pool B and are pitted against South Africa, Italy, Canada and Namibia. Will the All Blacks make it three in a row? Is it a good thing that they are pitted against the Springboks? And many would love to know if they are worth betting on. Hell yeah, and that’s why you may want to check out this list of betting sites before you place that potentially lucky wager. Right now, the odds favour the All Blacks at 11/1, England at 5/1, South Africa at 9/2 and Wales at 12/1.

Did you know that England could potentially land a big payout if they manage to lift the Web Ellis Cup? That’s a cool £225,000 extra per player if they manage to take home the title which they last won in 2003.

So we know the favourites, but who’s in pole position to cause an upset in Japan. Read on to find out more info per Pool.

All eyes on Pool B

For starters, All Blacks and Springboks are in the same pool and play each other in their opening game. Is that a good thing? Both are peaking in terms of form and will not meet each other again unless they both the reach final. However, it is important to remember that New Zealand have now suffered an injury setback with loose forward Luke Jacobson out of the reckoning after having suffered an injury due to a delayed onset of concussion, rumours are also circulating that SBW may also be carrying a knock. So, are the All Blacks a bit of a worry and worth a wager? Even though the odds say it all with New Zealand still the bookmaker’s favourite, they’ve drawn against the Springboks recently and had close calls against England and Argentina. Then there was that pretty huge loss 26-47 against Australia which they followed up with a sweet victory in the Bledisloe Cup with a 36-0 win. Do they still have it in them to top the pool? Most certainly!

Pool A – The toughest group to call

Ireland and Scotland have their work cut out as they face host nation Japan, Samoa and Russia. Scotland have had their ups and downs losing to and beating France all within a week. Rewind back to the Six Nations and we saw the Scots come back from 0-31 against England to draw the game at 38 all.

The Irish are previous Grand Slam winners and have also overcome New Zealand twice in recent years but have struggled for consistent form in 2019. Wales gave them a sound thrashing in the Six Nations and England added more salt to their wounds in a warm-up match. Their opening match v Scotland will most likely determine who finishes in top spot in Pool A.

Hosts Japan are likely to have all the possible backing from the crowd. They’ll be targeting their game v Scotland in Tokyo as a must-win game to try and make the knock-out stages!

Pool C – The pool of death

England, find themselves pitted against France and Argentina. Wrapping up the pool are Tonga and the USA. The question is whether the ‘Red Rose’ will bloom or wilt away. The 2018 Six Nations was a disastrous period for England, finishing 5th in the Six Nations. Since then they have had ups and downs but seem to be peaking just at the right time following a huge win over Ireland in Twickenham just a few weeks ago and big-name players hitting peak form. They are certainly favourites to top Pool C.

France, on the other hand have a dismal record away from home. They’ve only managed to record 2 away victories against Italy in the last 2 years out of 15 away games.  Selecting from the Top 14, they have a wide pool of players to choose from and that widened pool often leads to a lack of cohesion and understanding at International Level. French fans will settle for nothing less than reaching the knock-out stages but the French are notorious for raising their performances when it comes to the World Cup.

Argentina, another team who often raises their game at World Cup time will have their work cut out to make the knockout stages. Domestically, they had a fantastic season with the Jaguares reaching the Super Rugby Final for the first team but that form was not translated in the recent Rugby Championship fixtures. This group will certainly be competitive.

Australia and Wales are set to fight it out for first and second in this pool. ﻿The Welsh are without fly-half Gareth Anscombe and back up Fly-Half, Rhys Patchell is also a doubt. The Wallabies, on the other hand, haven’t had much to write home about in the last 18 months. Of the 18 games played they’ve dunked 12, so Wales will be gunning for them hoping for another victory after taken their scalp last Autumn. Uruguay, Fiji and Georgia make up the rest of this pool and will have to bring out their best to force an upset. Fiji have an explosive and exciting backline that will no doubt cause any defence problems and the famous Georgian scrum could also cause any pack a few problems!

Springboks Name Experienced Side for All Blacks Test

Ireland Give Squad Update Ahead of RWC Opener