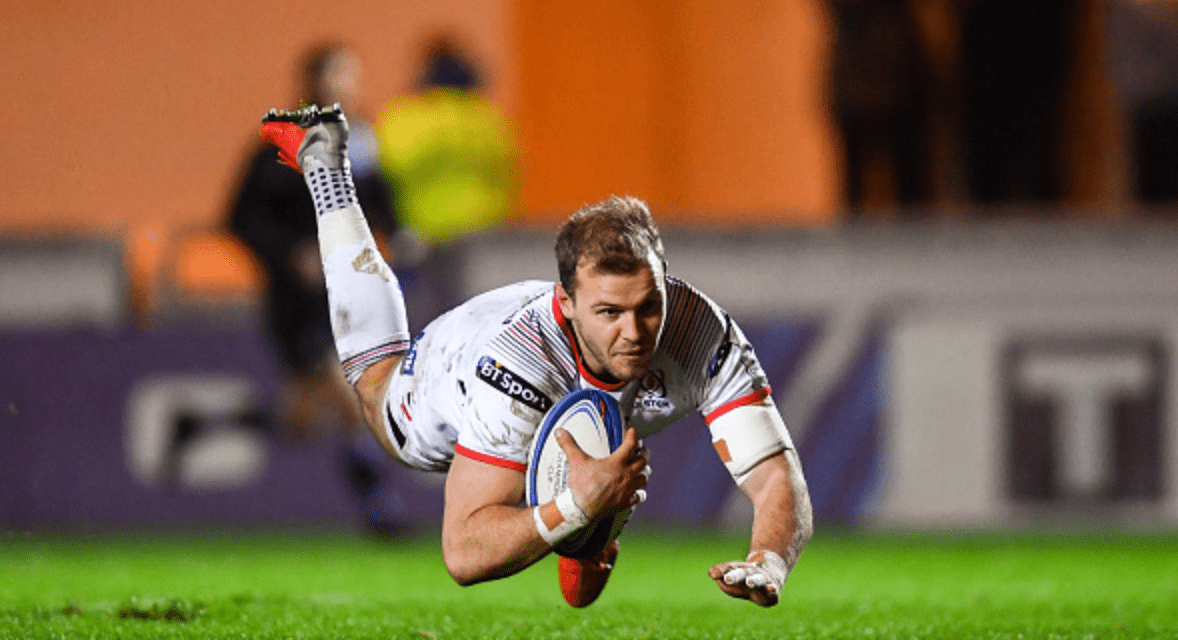 Will Addison helped Ulster to a first win in Llanelli in 6 years and he played a key role in their 25-24 bonus point Champions Cup win away from home. The newly capped Irish International put in a huge shift with 2 clean breaks, 5 defenders beaten, 8 tackles, 1 try (Video below) and the Man of The Match award.

Here’s what Addison had to say when he spoke with BT Sport Rugby after his MOTM performance.

“It’s kind of overwhelming at the moment!”

An absolutely delighted Will Addison gives his view after Ulster leave Parc Y Scarlets with a massive, massive win! ? pic.twitter.com/kor2mTdbs8

Twitter was full of chat surrounding Addison’s performance at the Parc y Scarlets. The vast majority delighted for him.

Is it hyperbole to suggest Addison is almost single handedly responsible for the vast improvement this season? What a signing and impact.

Will Addison is different gravy. Had a B&I Lion on toast for the majority of the game and set the tempo for a great Ulster defence.

So many players put in their best performances in an Ulster jersey including Coetzee, Burns, Moore, Murphy, Speight and Addison.

Will Addison is the best Addison since this guy #SCAvULS pic.twitter.com/NzIFzlsA1X

Then we had a few “unhappy’ tweeters …

@SaleSharksRugby @UlsterRugby @EnglandRugby remind me again why we let Will Addison leave Sale? He’s now been capped by Ireland and is ripping Scarlets apart for Ulster. Something has to be done about the southern bias of the RFU ?

Couldn’t get close to England squad but will go to World Cup with Ireland, can England not identify talent? Or is it the old boys club? Sale not a fashionable club, Haley and Addison away now

The former Sale Shark has certainly had a huge impact on Irish soil since making the move across the Irish sea, many predicting he will be a shoe in for Ireland’s 2019 RWC Squad.

Addison wasn’t only scoring tries, he could probably claim “assist” for his fellow Irish International Jacob Stockdale whose try scoring run continued as he stormed in for a long ranger.

What a try for Ulster! Sensational start! ?

Try machine Jacob Stockdale puts the finishing touches on a move that went all of 60 meters in 10 seconds! pic.twitter.com/ztDIKofdK3

European Cup Rugby Round 3 – Team of the Week

So what was Ellis Genge doing in Worcester?