Venues for Ireland’s home games will be confirmed in due course.

The 2022 TikTok Women’s Six Nations Championship saw the arrival of TikTok as the first ever title partner of the competition and a catalyst moment for women’s sport.

The partnership with TikTok resulted in unprecedented growth and engagement on the entertainment platform throughout the Championship, including over 174 million video views. It was a record-breaking year with match attendance records broken each week, a 62% increase on 2019 crowds (Pre-Covid) and TV viewing figures up 64%.

Building on the unparalleled audiences of 2022, the 2023 Championship will again be played in its own six-week window from 25th March to 29th April with a bespoke schedule of matches. Fans in the competing nations will have access to matches on TV or through video highlights, they will also have the opportunity to discover the players through the Championship’s digital channels

Ireland will open their campaign and kick off the Championship when they travel to Wales on Saturday 25th March followed by England v Scotland. Weekend 1 will conclude on the Sunday with Italy v France.

Round 2 will see Scotland host Wales and Ireland host France on 1st April with Italy travelling to England on 2nd April.

After a rest weekend, Round 3 will consist of England v Wales and Italy v Ireland on 15th April and France v Scotland on 16th April. 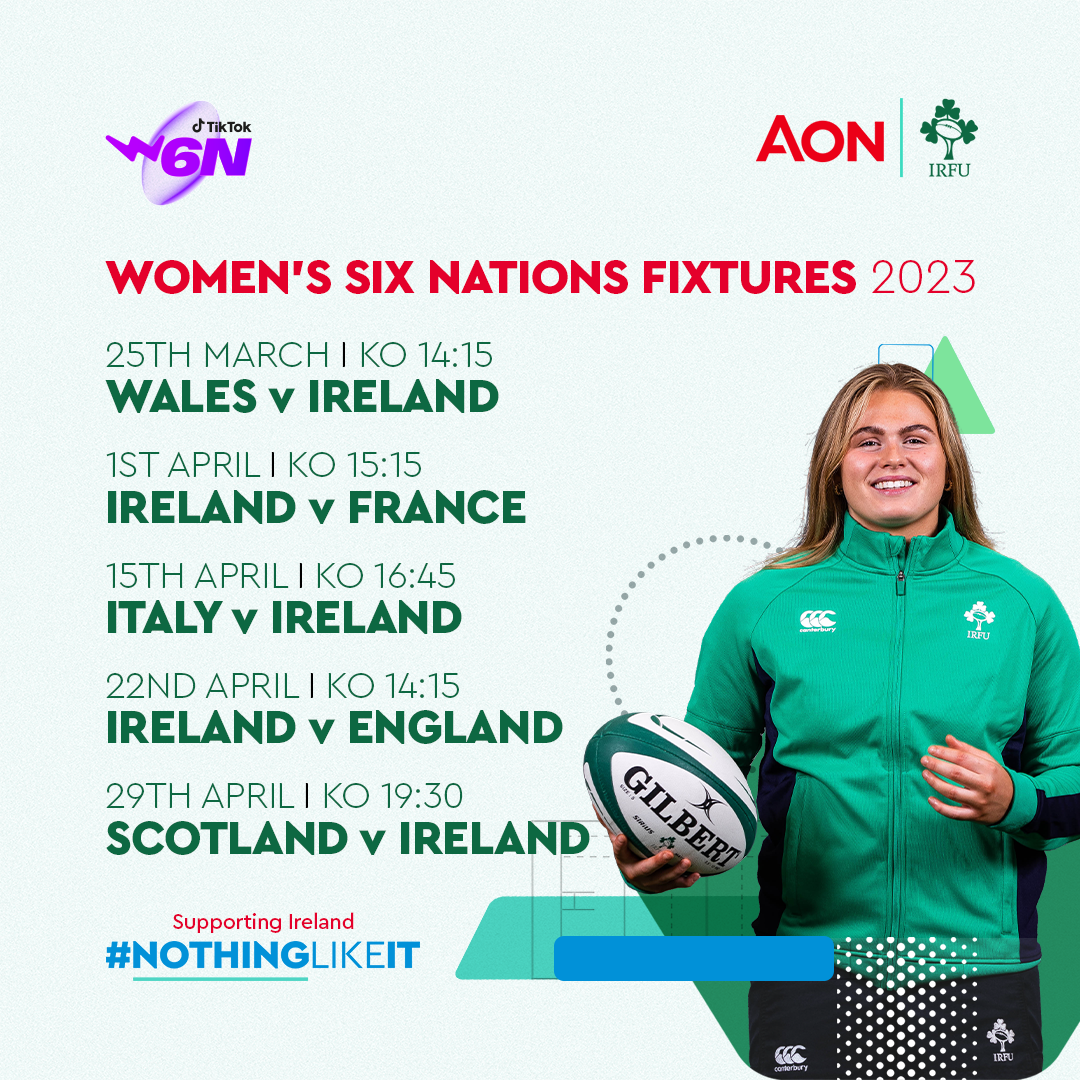 Round 4 will take place on 22nd and 23rd April with Ireland v England and Scotland v Italy on the Saturday with France v Wales taking place on the Sunday.

The Championship will again end with a Super Saturday on 29th April with England v France followed by Italy v Wales and Scotland v Ireland.

In Ireland RTÉ and Virgin Media will continue their live coverage of the whole Championship, while France TV and Sky Italia will broadcast all 15 matches in France and Italy respectively. In the UK, all 15 matches will be broadcast  on the BBC across network, BBC Nations and iPlayer.

Six Nations CEO Ben Morel commented: “The 2022 TikTok Women’s Six Nations was a landmark moment for the Championship and for Women’s rugby as a whole. We look forward to building on this year’s successes, growing and engaging new audiences with the continued strong commitment from our broadcast partners and outstanding commercial partners all providing fantastic platforms to further drive women’s rugby and celebrate its game changing heroes.

“I look forward to another epic TikTok Women’s Six Nations in 2023.”

Boks preparing for “quality” Wallaby side in Adelaide