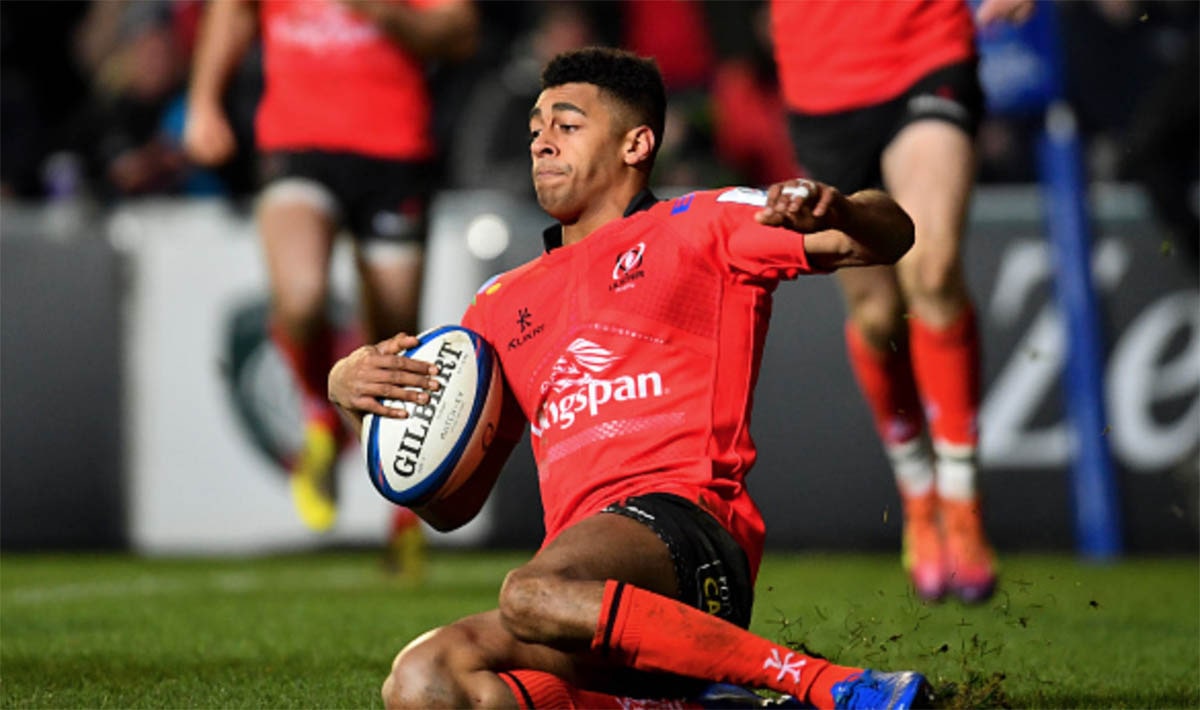 It was a scrappy opening half at Welford Road, both sides getting turned over multiple times, and handling errors and misplaced passes the order of the day. Both sides had 5 handling errors after half an hour. Ulster struggles out of touch, several lineout throws going amiss for Rory Best.

Leicester came close to the Ulster line after around 25 minutes, after a rare break from Dan Cole, but a dropped ball saw to that chance. First points of the game went to Leicester, George Ford slotted a penalty kick after 31 minutes.

Ulster had their first sniff of the Leicester 22 shortly before half time. Stuart McCloskey smashed through the Leicester defensive line, but nobody was there to support Dave Shanahan after he took the offload, and the chance was lost, much to the dismay of some of the famous faces in the crowd.

The games first try came with the clock in the red. Quick ball from the Leicester forwards fed George Ford, who stuck a nicely weighted grubber kick through the Ulster defence, for Matt Toomua to touch down. There was a hint of Toomua being in front of the kicker but the ref awarded the try without consulting the TMO. Ford converted from the to make it 10-0 at half time.

The second half started with more of the same. Ulster again letting themselves down with the basics, leaving the ball unprotected at the breakdown a number of times. Leicester went 13-0 ahead after 50 mins, another kick from George Ford.

Ulster squandered a great chance not long later. A penalty well in distance was put in the corner, and Ulster lost the ball in the resulting maul. Nothing was going the way of the men from the North. A pinpoint Billy Burns crosskick landed in the arms of Nick Timoney, who offloaded to Sean Reidy, but some brilliant defensive work from George Ford forced the knock on.

The introduction of John Cooney made a huge difference, his direction finally allowed Ulster to string a few phases together in attack, and look threatening. A strong lineout maul saw Marty Moore finally get some points on the board for Ulster, after 58 minutes. Cooney nailed the kick to make it 13-7.

The try put the wind in Ulster’s sails, and they began playing with real confidence. A beautiful chip from Billy Burns bounced into the hands of Robert Baloucoune who touched down under the sticks to put Ulster in front.

While Ulster got the job done today, there is cause for concern. No points until the 55th minute, and 4 lineouts lost on their own throw, they will have much to work on between now and the end of March, when they will have an away against Pool toppers Racing 92, Leinster, Saracens or Edinburgh.