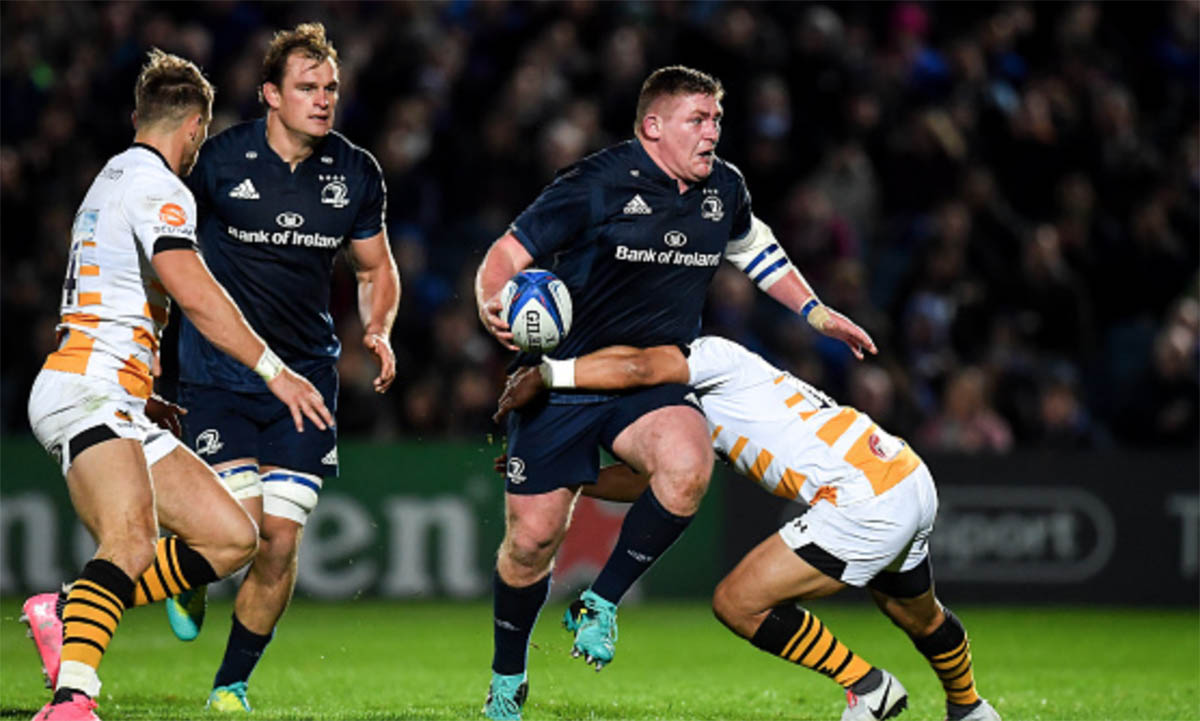 Leinster are welcoming back some key men as they play their final Heineken Champions Cup Pool 1 game against Wasps in Coventry, on Sunday.

Ireland internationals Robbie Henshaw, Devin Toner, and Jack McGrath return to the starting line-up for Leinster, while Sean O’Brien could make an appearance from the bench after a spell out due to an injury.

Henshaw and Toner are also coming back from hamstring and ankle injuries respectively. McGrath comes into the starting XV after being on the bench last week.

The match will provide them with some much-needed game time ahead of the Six Nations.

The line-up also sees Leo Cullen stick with his back three of Dave Kearney, Jordan Larmour and Adam Byrne after their impressive displays in Leinster’s 29-13 win over Toulouse.

Ross Byrne starts at fly-half and will have to put the disappointment of not receiving a call up to the Ireland squad behind him. He is partnered by Jamison Gibson-Park at No.9 who replaces the injured Luke McGrath.

On the Wasps side there are a few changes, as Jake Cooper-Wooley replaces Will Stuart at prop, Nizaam Carr comes in for Thomas Young in the back-row, with Gabiriele Lovobalavu taking the place of Juan du Jongh in the centre.

Elsewhere Joshua Bassett switches wings to accommodate Elliot Daly on the opposite wing with Ross Neal missing out.

Wasps are out of the competition already and are sitting bottom of the pool with only four points from five games and return to the field after losing 18-16 to Bath last weekend.

On the other hand, Leinster have already qualified for the last eight thanks to Edinburgh’s win over Montpellier last night, but they still have sights on topping the group and claiming a home quarter-final.

“Wasps have nothing to lose coming out against us. With us, how we’ve gone last year and how we’ve been playing, we have a big target on our backs. Everyone loves coming up against us these days and it’s a great marker for them to put down a good performance against us”, he said.

Toner’s comments will remind his team mates that they are in poll position to take top spot in Pool 1, but Toulouse will be waiting in the wings for any slip-up as Wasps look to regain some pride.

Worry for England as Saracens star withdrawn from Glasgow clash