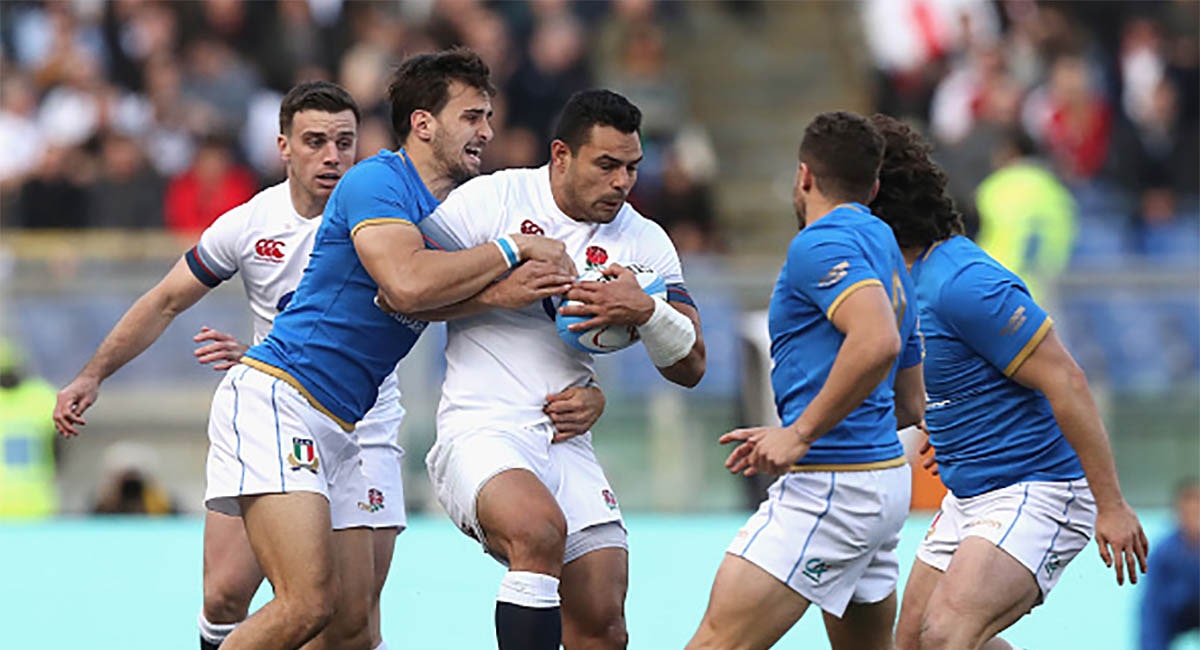 England will be looking to get back to winning ways, as they host Italy at Twickenham in the penultimate round of the Six Nations.

Eddie Jones’ side fell to a disappointing 21-13 loss against Wales in Cardiff two weeks ago, ending their hopes of a Grand Slam.

There is still a chance of England reclaiming the Six Nations title, but they will be fully aware that they cannot afford any more slip-ups.

They come against an Italy side is becoming ever-more stubborn with each game they play.

The Azzurri threatened to upset Warren Gatland’s Wales earlier in the tournament, eventually succumbing to a 26-15 loss.

In addition, Conor O’Shea’s men lead 16-12 against Ireland at half time, but were unable to pull off the shock of the tournament – the game finished 26-16 in the Irish’s favour.

England have history on their side though; they boast an 100% record against Italy, winning each of the 24 test matches they have played since 1991.

Despite the loss against Wales, England also have the most potent attack in the competition this year. They have scored 11 tries across their three games so far.

In comparison, Italy have managed seven scores in their games so far – this is bettered only by Ireland and England.

England have sacrificed ball retention for territory this year – they have had just 43% of possession so far this campaign, largely due to their excellent territory kicking.

Owen Farrell and Ben Youngs have made 84 kicks between them.

With their opponents allowed so much possession, England have had to be ruthless defensively – the top three tacklers in the Six Nations this year are all English (Mark Wilson, 67, Tom Curry, 61, Jamie George, 53).

Italy will also have to step up their game at the breakdown if they want to compete with England’s aggressive back row. Curry and Wilson have won four turnovers each so far.
Contrastingly, no Italy player has managed more than one.

Italy have been effective once they obtain clean ball though. Jayden Hayward (240) and Michele Campagnaro (165) have both made more metres than England’s best runner statistically, Henry Slade (155).

Hayward also rivals England’s rampaging number eight Billy Vunipola in terms of carries. Hayward has made 38, while Vunipola has made 40.

Second-row Maro Itoje and winger Jack Nowell were both fitness doubts for Saturday and miss out on selection.

Itoje has been back to training with the full squad, but hobbled out of a session on Tuesday with an injury to the same knee that kept him out of the last two matches.

Nowell meanwhile has been struggling with a knock to the shoulder he received in the defeat to Wales.

Number eight Sergio Parisse is set to return for Italy, after missing their previous game against Ireland through injury.

He was named as captain of 26-man squad that flew to London today.

Two players named in Conor O’Shea’s squad could make their international debuts; prop Marco Riccioni and centre Marco Zaonon, both of Benetton Rugby, could make their first appearances at Twickenham.

Back-rower Sebastian Negri also returns after he did not feature in the Ireland match two weeks ago.

Italy’s matchday squad is expected to be announced on Thursday at 2pm. Embed from Getty Images