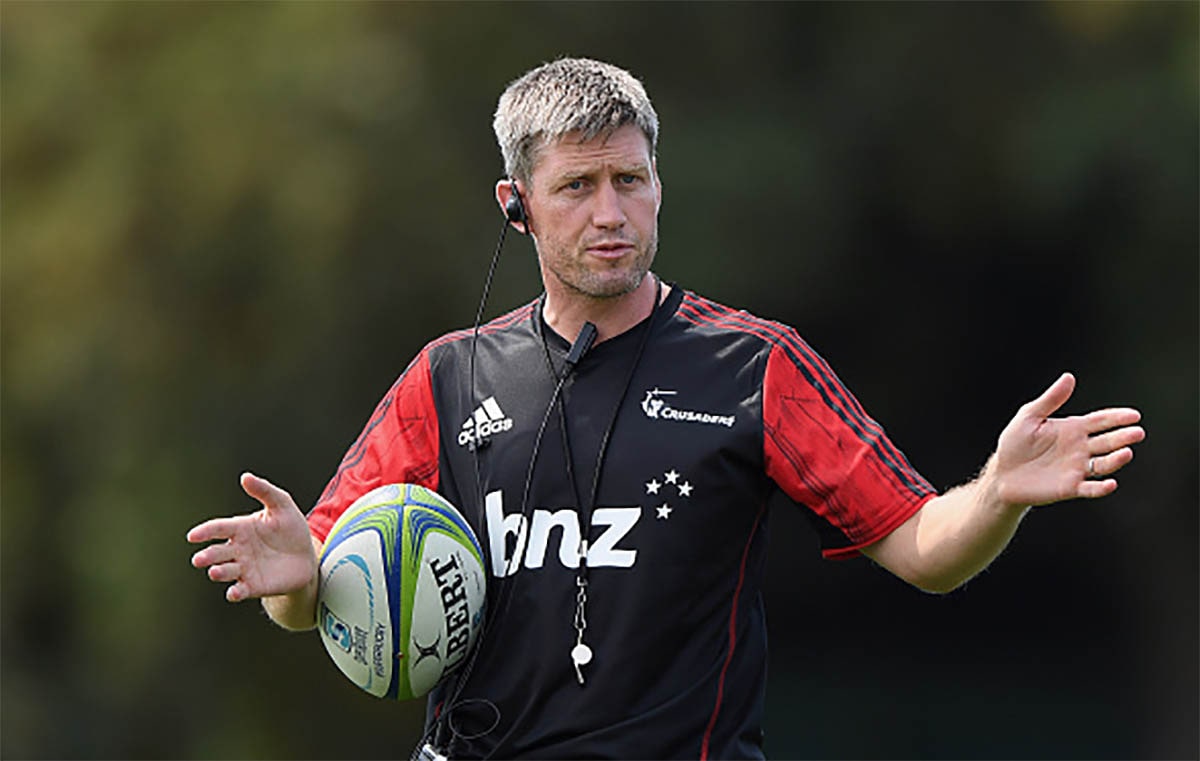 French media outlet, L’Equipe is reporting that the French National Side are keen to bring in Irish legend, Ronan O’Gara as a consultant for the World Cup Campaign in Japan later this year as they look to strengthen their backroom staff following a disastrous 6 Nations campaign.

It appears that Jacques Brunel does still have the backing of FFR President Bernard Laporte despite France’s poor Six Nations campaign.

It has been rumoured that Laporte is looking for new voices to be added to his World Cup coaching ticket. Former French legend Favian Galthie is also said to be in the mix.

O’Gara, now 39, has lots of experience in French rugby, with a 4-year stint as assistant coach at Racing 92 on his CV. During his time in France, Racing won the Top 14 in 2016 and reached the Champions Cup Final.

The former Ireland fly-half is currently in NZ enjoying his role as the backs coach with the Crusaders in Super Rugby.

The Christchurch based franchise went back to back in Super Rugby last season retaining their title and if their current form continues will be strong favourites for the 2019 campaign. O’Gara is contracted until the end of the Super Rugby campaign which would mean he wouldn’t be available to France until July.

It’ll be interesting to see how this one develops.

New Ireland head coach Andy Farrell has named his first Six Nations squad ahead of the upcoming campaign with some uncapped players set to be involved.

There is a total of five uncapped players within the squad, while Farrell and his coaching staff have included a further four development players that will train with the senior squad.

Of the uncapped players three come from Leinster in the form of Max Deegan, Caelan Doris and Ronan Kelleher, while the other two are Billy Burns and Tom O’Toole from Ulster.

All of the five have been in blistering form so far this season, helping Leinster and Ulster to first and second in Conference A of the PRO14 respectively.

Meanwhile, Leinster’s Will Connors, Harry Byrne and Ryan Baird are joined by Ulster’s Robert Baloucoune in the development programme which will see the quartet train with the squad in Portugal in the lead up to the opening round of the tournament.

Speaking on the selections Farrell admitted that he has been impressed by the players that attended a “stock take” last month, but has told players that their places are not guaranteed throughout the entire tournament.

“As we progress through the Championship we will look to select sides that we believe are best suited to the task at the weekend. We will keep a close eye on the provincial performances in the PRO14 not just for the players in the squad that will transition back for game minutes but also for those players that were part of the wider selection discussions over the past few weeks,” he said.

Elsewhere, Johnny Sexton has been named as captain following the retirement of Rory Best following the Rugby World Cup in Japan and Farrell believes that he is the perfect man for the job.

“We have appointed Johnny as captain for the Six Nations Championship, you can see what it means to him and the enthusiasm he will bring to the role. He has been developing as a leader for a number of years with Ireland, Leinster and the Lions and he will be a positive voice for the group,” he added.

There is a return to test rugby for Devin Toner, who was left out of that squad that travelled to Japan, with his replacement Jean Kleyn not being selected. Ultan Dillane is also back as a second-row option alongside stars Iain Henderson and James Ryan.

However, despite his excellent form for Leinster Jamison Gibson-Park is not selected, with John Cooney, Luke McGrath and Conor Murray being preferred in the scrum-half department.

Along with Gibson-Park Ulster fans will be unhappy to see centre Stuart McCloskey miss out after his fine form this season to date, with Chris Farrell, Robbie Henshaw, Bundee Aki and Garry Ringrose getting the nod ahead of him.

The rest of the squad is as you would expect with regular players involved.

Ireland will be hoping to get off to the perfect start in the championship when they host Scotland at the Aviva Stadium on Saturday February 1st and fans will be excited to see how many youngsters get a chance in what is the start of a new era for Irish Rugby.

Check Out the Full 35-Man Squad Below. 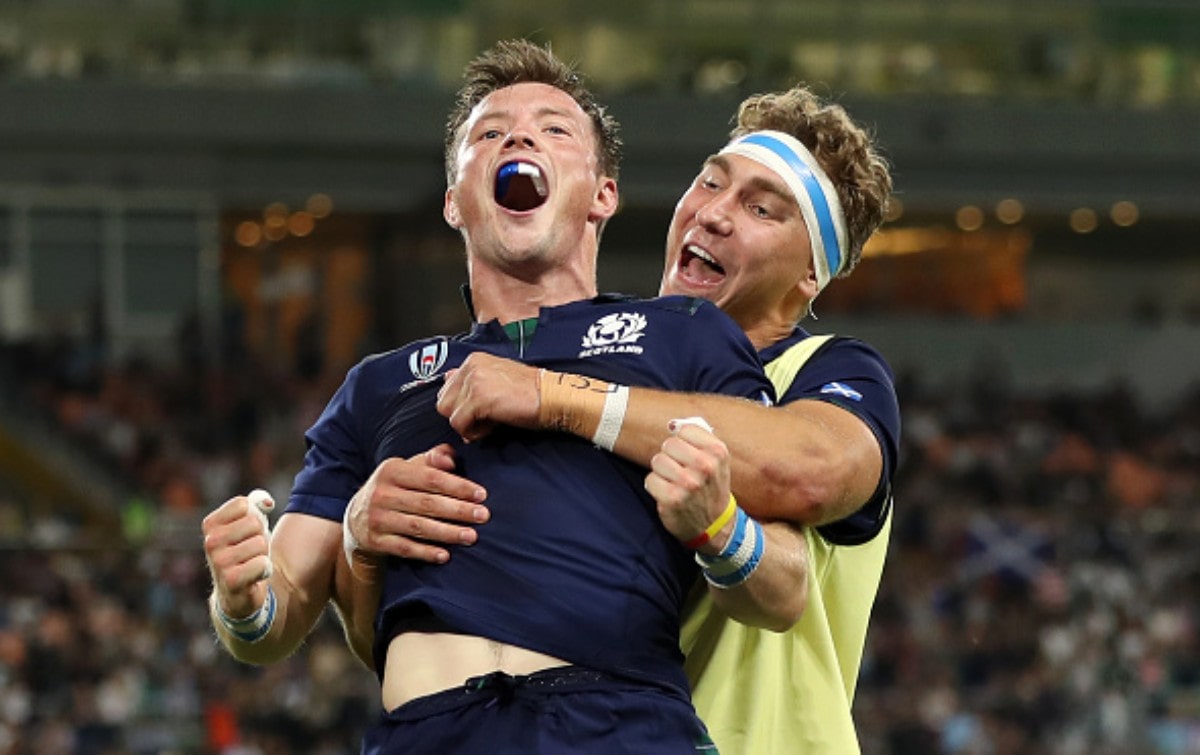 Scotland head coach Gregor Townsend has announced his 38-man squad for this year’s Six Nations with six uncapped players among the players involved.

There are four forwards included in the uncapped bracket with Edinburgh back-rowers Luke Crosbie and Nick Haining being joined by lock Alex Craig and back-row Tom Gordon.

Gordon is one of three uncapped players to come from Glasgow Warriors with Kyle Steyn and Ratu Tagive the two backs selected.

However, despite the youngsters being selected, there is a long-serving player leading the squad as Stuart Hogg has been named as captain of the team.

With 72 caps to his name, he is the most experienced player within the squad and has been named player of the tournament twice before in 2016 and 2017. Townsend thinks that Hogg is he perfect man for the job.

“Stuart is very passionate about playing for Scotland and he’s determined to do all he can to improve Scotland. He really cares about playing for his country, what the jersey represents and also getting the best out of his teammates. He’s a really intelligent rugby player who’s is learning and improving with every season. He’s very good at bringing others into the game and building relationships with those around him. He’s very well respected by our coaching and playing group but that isn’t based on the accolades he’s earned. It’s more about what he does every day at training. He brings energy, is very accurate, he stays out longer to work on his game and more often than not he’s the loudest player on the field, guiding or congratulating his teammates,” he said.

Elsewhere in the squad Townsend has selected the likes of Finn Russell, Sean Maitland, Jonny Gray and Fraser Brown to help guide a relatively inexperienced side.

Scotland take on Ireland in the first round of this year’s tournament and will hope to hit the ground running following a poor Rugby World Cup campaign in which they failed to progress from their pool. 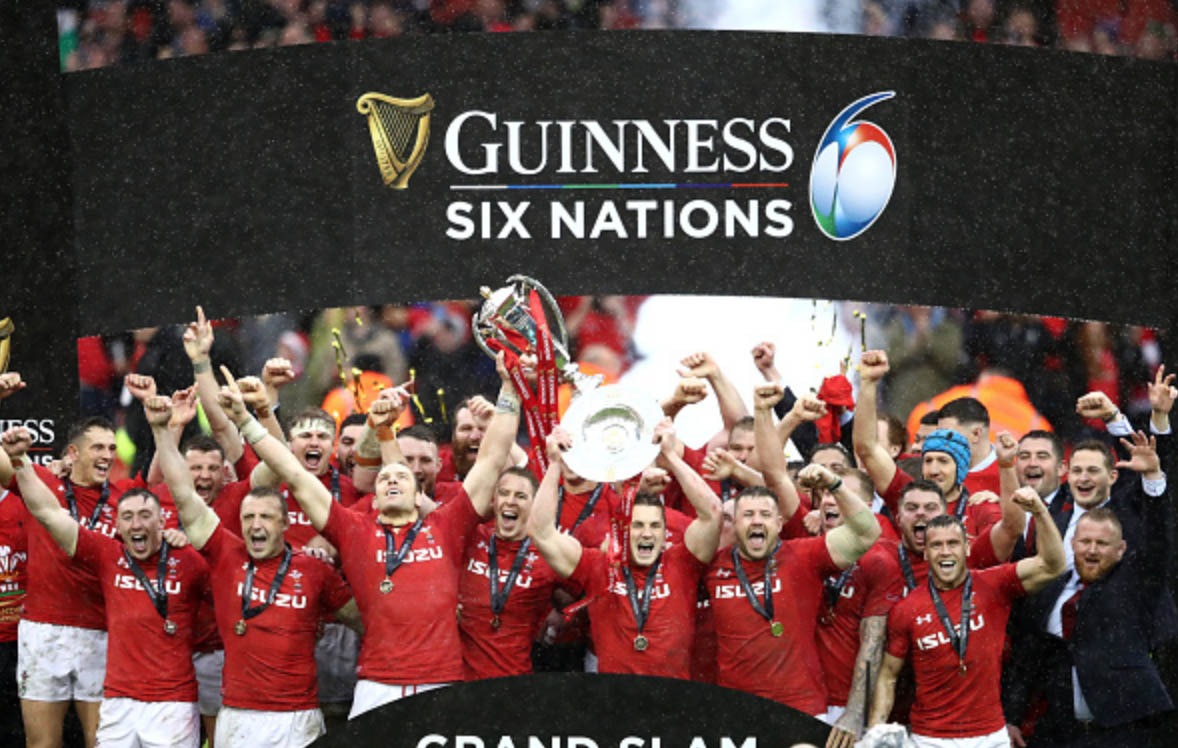 Wales head coach Wayne Pivac has confirmed his 38-man squad for the upcoming Six Nations campaign and has decided to include five uncapped players.

Johnny McNicholl has been given another opportunity to impress following his uncapped appearance against the Barbarians last year, while 18-year-old Gloucester winger Louis Rees-Zammit has also been called up.

The only other uncapped back-liner is centre Nick Tompkins, while the two other players in line for their debuts are prop WillGriff John and lock Will Rowlands.

Meanwhile, Alun Wyn Jones continues as captain and there is the inclusion of Liam Williams, who has been out of action since October after picking up an injury during Wales’ Rugby World Cup campaign.

Speaking on his selection Pivac admitted he is looking forward to getting into the thick of things with his new side.

“We are really excited to be naming our Six Nations squad and kicking the campaign off. A lot of time and effort has gone into selecting the squad, all of the coaches have been out and about, seeing players in training, speaking with them and we are pretty excited with the group we have got. Looking back to the Barbarians week, that was hugely important for us. We got a lot of ‘firsts’ out of the way, getting to meet and get in front of the players and having a game together was hugely beneficial. We do have a couple of injuries but we flip that into seeing it as an opportunity for some new players to impress, with not only the Six Nations in mind but also longer-term and 2023. The Six Nations is hugely exciting for me, it is something I grew up watching from afar and it has such history attached to it, I’m really looking forward to the campaign,” he said.

Wales are looking to defend their Grand Slam from last season in what was Warren Gatland’s final campaign as head coach and get their tournament underway with a clash against Italy.