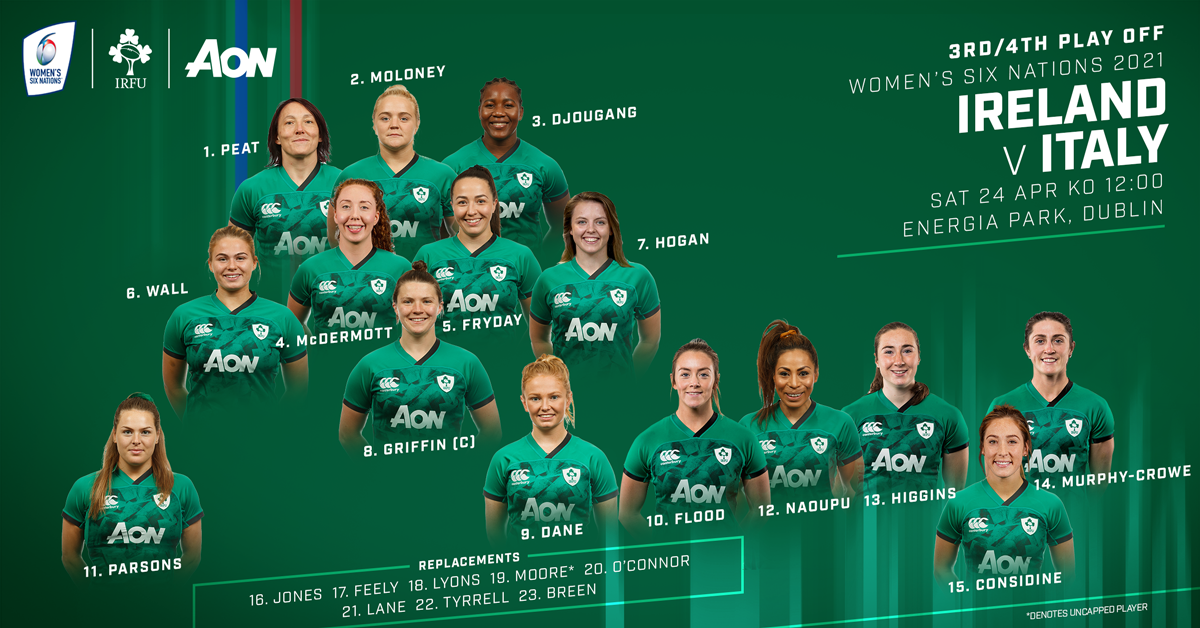 Griggs has made three changes to his starting XV for the visit of Italy to Dublin, as Ireland bid to finish the 2021 Championship campaign in third position.

Amee-Leigh Murphy Crowe, Stacey Flood and Brittany Hogan are all in line for their first Test starts, while uncapped Railway Union flanker Grace Moore could make her Ireland debut off the bench. Born in London, Moore’s potential as an athletic and dynamic back row forward was identified through the IQ Rugby Programme and from there, the 24-year-old’s talent has been developed and honed by Anthony Eddy and the Ireland Women’s Sevens Programme.

Murphy Crowe, who came off the bench to make her debut against Italy last weekend, is promoted to the right wing, with Eimear Considine continuing at full-back and Beibhinn Parsons on the left wing.

Sene Naoupu and Eve Higgins are retained in the Ireland midfield, while Flood (pictured below) comes in at out-half for her third cap and first start having impressed off the bench in the games against Wales and France. The Ireland Sevens international partners Kathryn Dane in the half-back department.

Hogan’s inclusion in the back row is the only change Griggs has made to his pack, with the experienced front row of Lindsay Peat, Clidohna Moloney and Linda Djougang packing down together again, and Aoife McDermott and Nichola Fryday retained in the second row.

Hogan comes in at openside flanker, with Dorothy Wall continuing at blindside and captain Ciara Griffin once again leading from the back of the scrum.

On the bench, Neve Jones and Leah Lyons are included to provide front row cover alongside Laura Feely, with the uncapped Moore and Hannah O’Connor also named among the replacements. Backs Emily Lane, Hannah Tyrell and Enya Breen complete the Match Day 23.

Commenting on his selection, Head Coach Griggs said: “This week our focus has been on us and the quality of performance we know we can deliver. We learned some valuable lessons last weekend and we now have the opportunity to rectify some of the areas that we need to show more accuracy, and we want to finish this competition strongly which we are extremely excited about.” 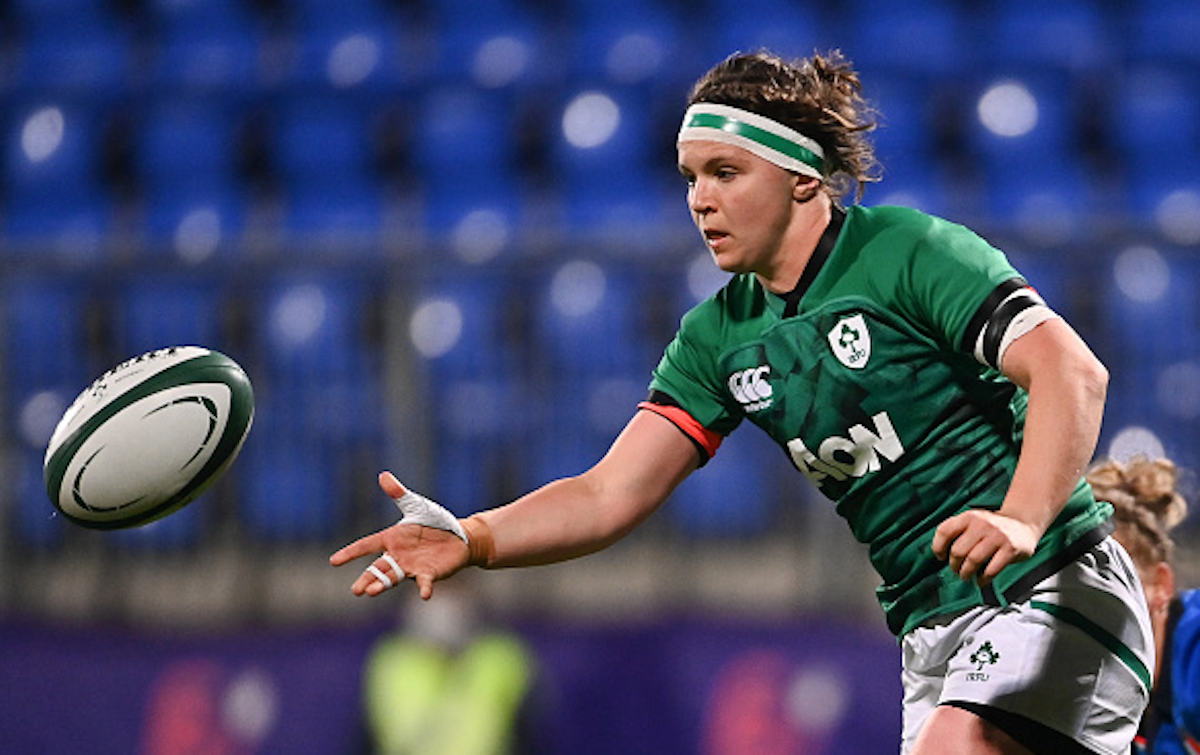