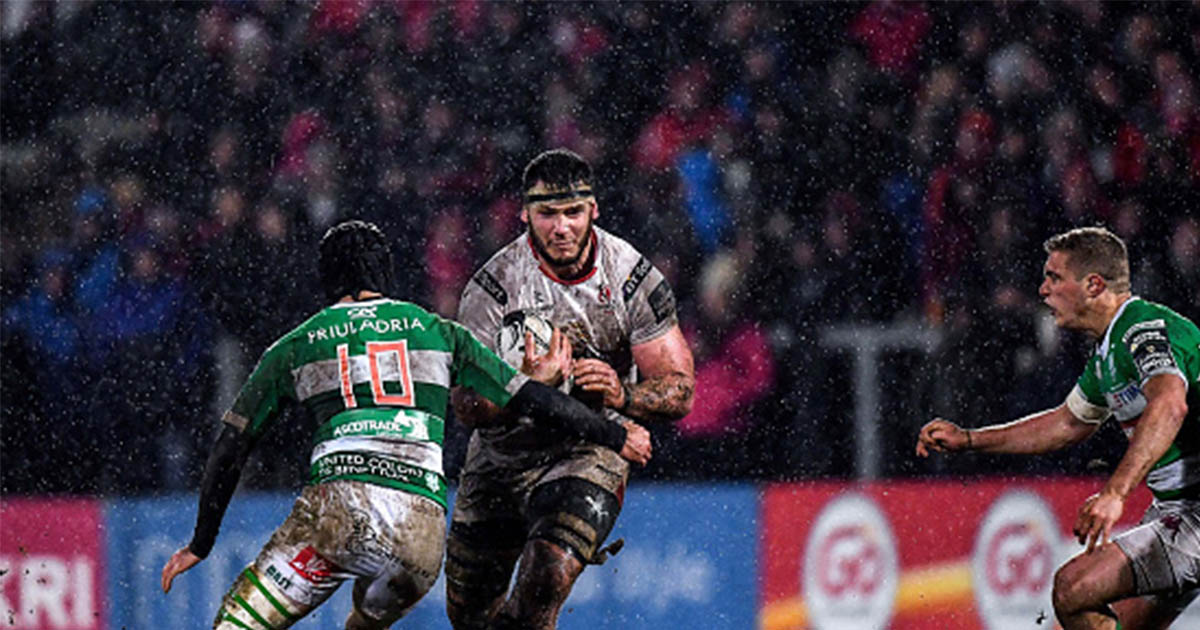 Ulster Rugby have announced their match day 23 for the crucial Pro 14 clash against Benetton.

Just two points separate the four teams positioned 2nd-5th in Conference B, with Edinburgh, Benetton, Scarlets and Ulster all chasing a top three finish to secure a place in the end-of-season play-offs.

There are two personnel changes to Ulster backline that played in last Saturday’s 13-14 comeback win against Leicester Tigers in the Heineken Champions Cup, as Abbey insurance Academy players Michael Lowry and James Hume are installed at fullback and outside centre respectively.

Another Academy player, Robert Baloucoune, who scored the match-winning try at Welford Road, is again selected on the right wing.

Dave Shanahan and Billy Burns are retained in the half back positions, with Stuart McCloskey lining out at inside centre and Louis Ludik named on the left wing.

Up front, Alan O’Connor takes over the captaincy from Rory Best and he will partner Kieran Treadwell in the second row.

Andy Warwick and Rob Herring join Marty Moore in the front row, while there are three new faces in the back row as Ian Nagle, Nick Timoney and Greg Jones have earned call ups.