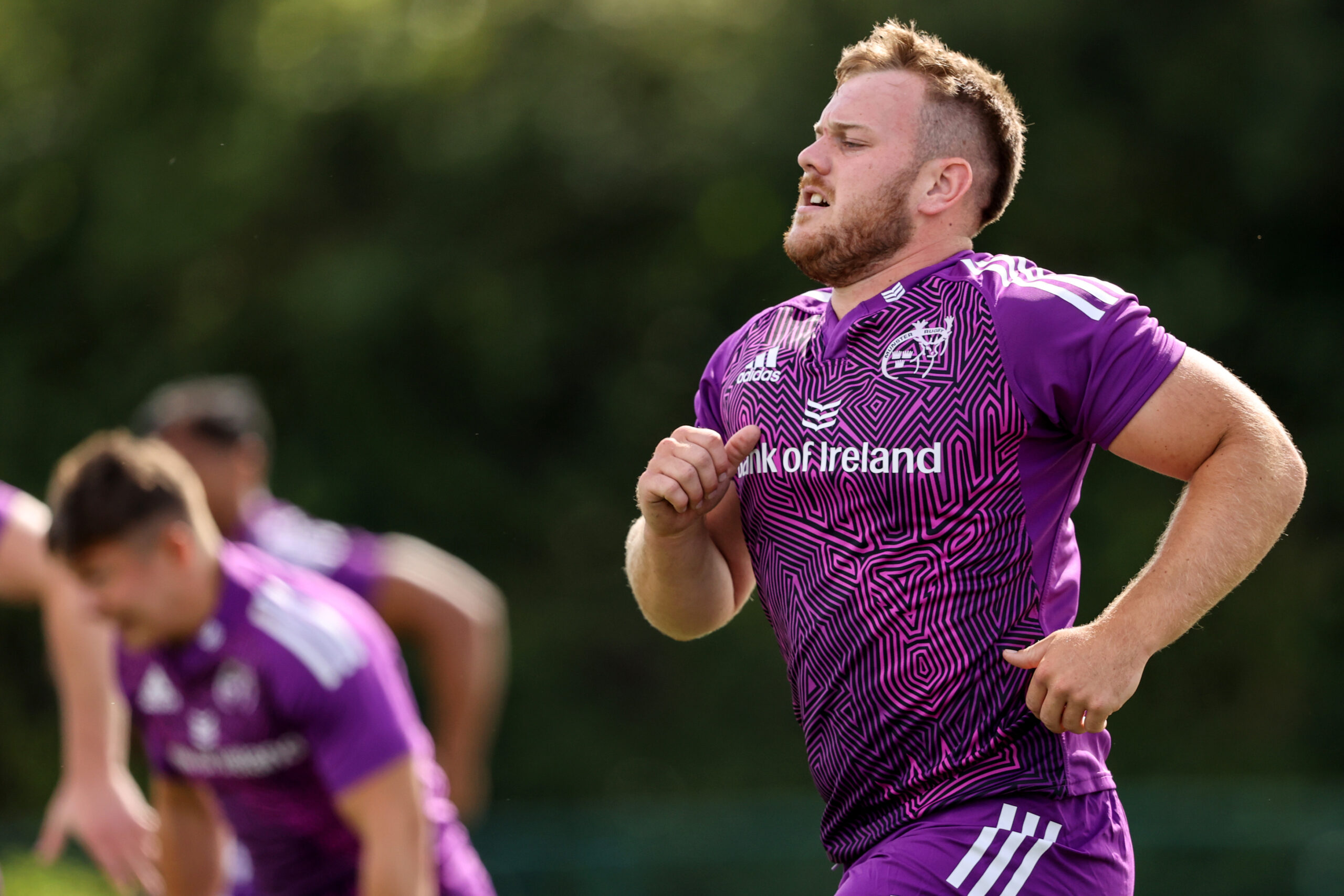 An extended 30-man Munster squad has been named for Friday’s pre-season encounter against London Irish at Musgrave Park (7.30pm).

Tickets for the match are available here.

The game will be live-streamed by the Irish Examiner, our official media partner. The stream will be open to Irish Examiner subscribers or pay-per-view customers here.

Hooker Scott Buckley, lock Jean Kleyn and Fineen Wycherley come into the side with Wycherley starting in the back row.

Thomas Ahern, new signing Antoine Frisch and Mike Haley are included among the replacements and set for their first action of the campaign.

The starting backline is unchanged with full-back Simon Zebo, Calvin Nash and Shane Daly forming the back three.

Neil Cronin and Ben Healy start in the half-backs with Rory Scannell and Chris Farrell continuing their centre partnership.

Josh Wycherley, Scott Buckley and Keynan Knox pack down in the front row with Kleyn and Eoin O’Connor in the engine room.

Along with Antoine Frisch, fellow new signings Malakai Fekitoa and Chris Moore are also named in the squad.

Video | Getting To Know Malakai Fekitoa

Watch our first interview with summer signing Malakai Fekitoa as the centre settles into life at Munster.

Born and raised in Ha’apai, Tonga, Fekitoa moved to Auckland as a teenager after earning a scholarship at Wesley College thanks to his performances for the Tonga Sevens age-grade sides.

He made his All Blacks debut in 2014 and helped the Highlanders to their first-ever Super Rugby title the following year.

Malakai featured in New Zealand’s successful 2015 Rugby World Cup campaign and scored eight tries in 24 appearances for the All Blacks between 2014 and 2017.

Fekitoa departed the Highlanders for Toulon in 2017 and spent two seasons in France before joining Wasps, where he has spent the past three years.

On the international front, he now represents his native Tonga and has lined out for the senior side and the sevens team.

Video | Getting To Know Malakai Fekitoa