Dean Ryan has spoken about his excitement at seeing his new-look Dragons in action this season – as they bid to impress in the United Rugby Championship (URC).

The Men of Gwent kick-off the new campaign against Edinburgh on Saturday, September 17 before welcoming Munster to Rodney Parade on Sunday, September 25.

And Ryan is keen to see his new squad shape up and land more punches in the league this campaign.

He said: “I’m looking forward to seeing some new faces and I’m excited to move on. Last year was tough with the amount of change that we went through.

“It was done for the right reasons, and I feel we’re in a good space with some of our experience that we’ve got.

“They have made a positive impact in the group and raised standards. People have responded to those standards.

“In some ways, decisions were made to almost instigate that. Now I just want to see that group go on and work hard to ruffle a few feathers as we get into the URC.

“We can’t hide from the scale of the challenge within the URC, but we want to ruffle a few more feathers than we’ve been able to do in the previous campaigns.”

Tickets for our pre-season game with Wasps (September 2) remain on sale NOW priced at just £10 for adults and £5 for juniors.

Season Members – you gain FREE entry to both games as part of your package. 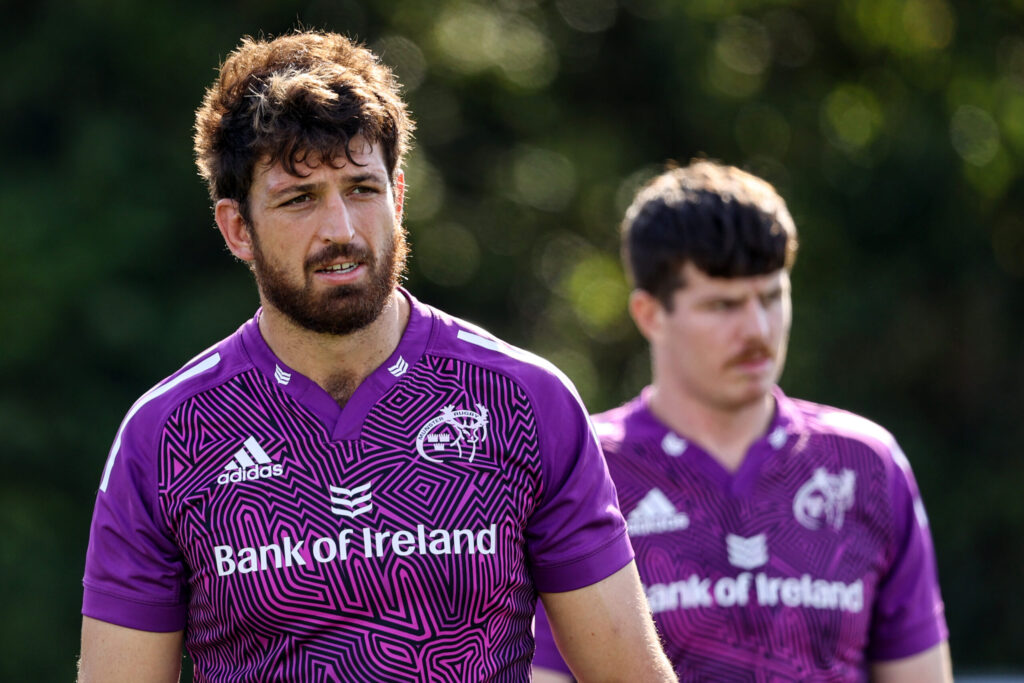 The Munster squad returned to training at the HPC today (Tuesday) ahead of Saturday’s BKT United Rugby Championship round 3 game against Zebre at Musgrave Park (5.05pm).

As confirmed by the IRFU at the weekend, Alex Kendellen has been ruled out of the Emerging Ireland tour and will complete his return-to-play protocols.

Jean Kleyn sustained a concussion against Dragons on Sunday and will follow the graduated return-to-play protocols.

Peter O’Mahony (ankle) is expected to return to training later this week.

Keith Earls was removed with a suspected hamstring injury. He will be further assessed by the medical team this week.

In a positive update, Rory Scannell (nose) will return to squad training this week. 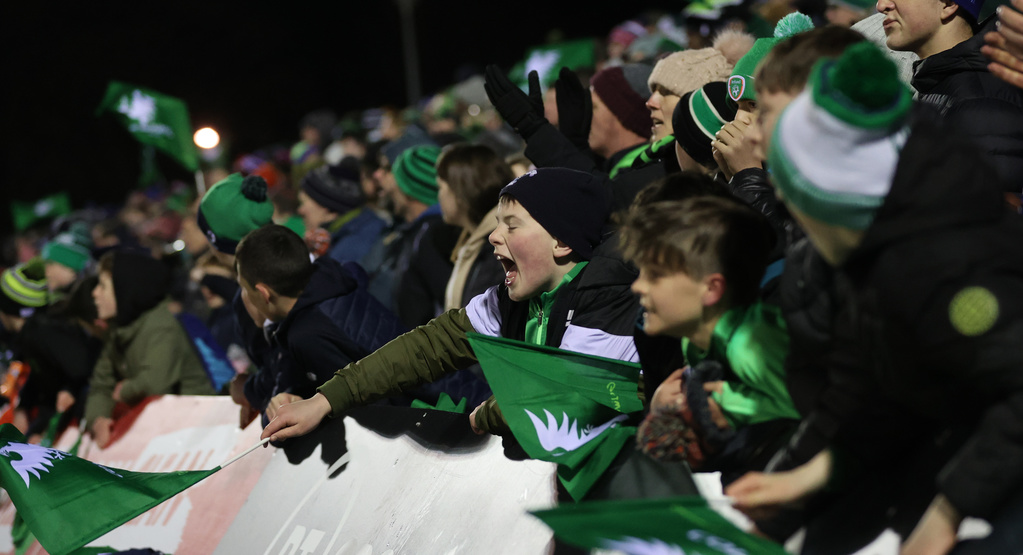 Following huge demand for tickets, Connacht Rugby can confirm that temporary terracing will be installed for both BKT United Rugby Championship interpros against Munster and Leinster next month.

The game against Munster on Friday 7th October is set to be a momentous occasion as the club plays its first fixture on the new state-of-the-art, artificial surface.

Just seven days later neighbours Leinster visit the West of Ireland, in what will be another crucial game in the context of the overall season.

The terraces will be located at the Bohermore and College Road ends of the ground, bringing the capacity of The Sportsground up to 8,129.

Tickets for both games are on sale now at connachtrugby.ie/tickets, and supporters are urged to act quickly to avoid disappointment.

We are also now offering our fans a special October Interpros bundle. This bundle will guarantee your place in The Sportsground for these can’t-miss October games. 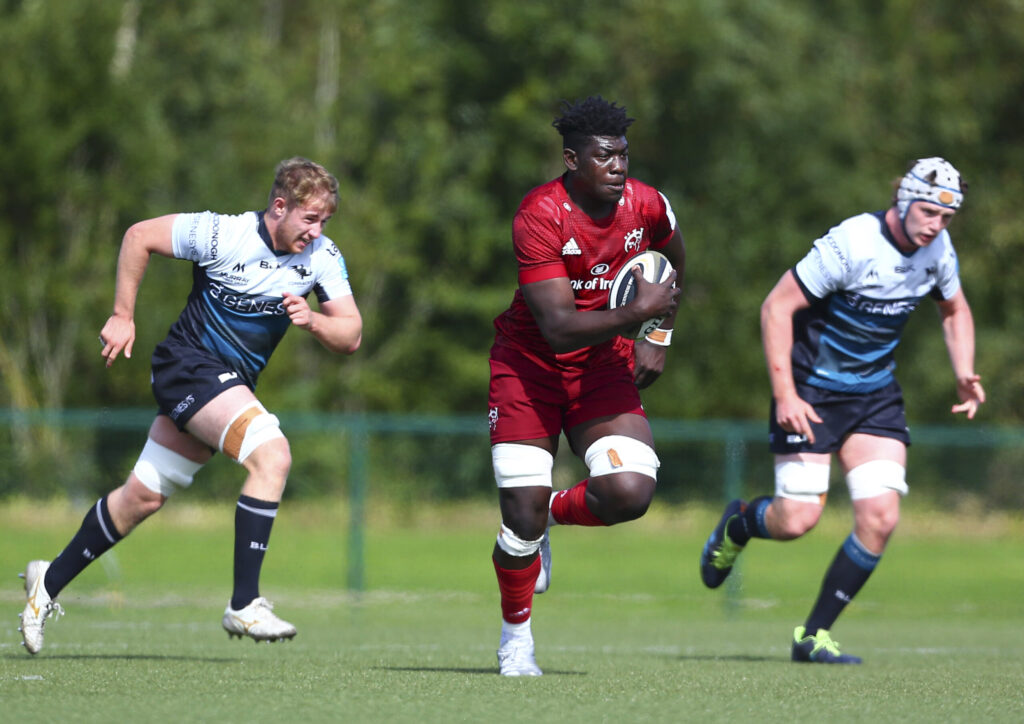 New recruits Fionn Gibbons, Darragh McSweeney, Evan O’Connell, Jack Oliver, Ruadhan Quinn and Kieran Ryan have all hit the ground running and seen game-time at various levels over the past number of weeks.

19-year-old second year Academy member and UCC clubman Edwin Edogbo made his senior debut against Dragons on Sunday becoming the first Cobh Pirates player to line out for Munster in the professional era. Edwin missed all of last year due to an achilles injury but impressed in pre-season and was rewarded with a debut in Wales.

Hear the latest from Costello below.

“It was a good run-out. They had played a game the week before and our game against Ulster had been cancelled so they were a bit more clinical.

“We dominated possession and territory but they were more accurate, we were a little bit rusty at key times but it was a good exercise overall.”

“Kieran Ryan and Darragh McSweeney, the two props, are getting on really well. Ruadhan Quinn obviously hit the ground running with 78 minutes against Gloucester in pre-season, which was great for him to get a senior run-out. Evan O’Connell was released back to the Munster U19s and he played the Interpros with them and they won two out of three.

“Jack Oliver played his first game for Munster in a long time against Connacht A and he had a club run-out with Garryowen the week before. It was his first time playing in seven months so it was great to have him back as well. Fionn Gibbons had his first run-out since joining us against Connacht too.”

“It’s fantastic. And to have so many players away with Emerging Ireland now, it gives our lads the chance to push for a squad spot in the URC for the next three games.

“We’ll be stretched a bit at senior level with the 10 guys selected for Emerging Ireland so we’d be hopeful there will be a couple of Academy players in the mix over the next couple of weeks and anyone who isn’t in the mix will be playing with their club.

“On the injury front, Patrick Campbell (toe) was injured with the Ireland U20s over the summer and he’s a couple of weeks away.

“Daniel Okeke tweaked his hamstring in the A game last weekend so hopefully he won’t be out for too long.”

AIL season kicking off this weekend…

“The players will all go back to their clubs this week and hopefully the majority of the lads will be playing in AIL round one, if they’re not involved in the URC.

“We had a residential camp in UL over the summer. We put a lot of time, effort and resources into a three-week residential camp. We brought 15 under-20 players to train with the U19s. The U20s don’t have an Interprovincial tournament so they’re essentially the guys we’re looking at to move onto the next level. Guys like Daniel Hurley trained with them, he’s back from a cruciate injury, Shay McCarthy who had gone away with the Ireland U20s…these are the kind of guys we’re looking at long-term as well.

“We brought that group of 15 to train with 30 U19s so that was class. Off the back of those training camps, the Munster U18s won the Interpros, the U19s won two out of three so there’s a lot of good players emerging out of that and it was good to validate it with winning an Interpro as well.”