The Munster senior squad will be boosted by the addition of nine Greencore Munster Rugby Academy players next season.

Academy products are set to make up two-thirds of the 2021/22 Munster squad, the highest representation of academy graduates in over eight years.

Find out more about the nine newcomers below.

Did you know? Ahern was a back three player until converting to a lock in his late-teens at the start of 2017.

He is a product of Youghal RFC, Dungarvan RFC and Waterpark RFC and played a standout role in Ireland’s U20 campaign last year.

Having made his senior debut against the Dragons at the age of 20 in November 2020, Ahern scored his first senior try for the province in his first start against Zebre later that month. 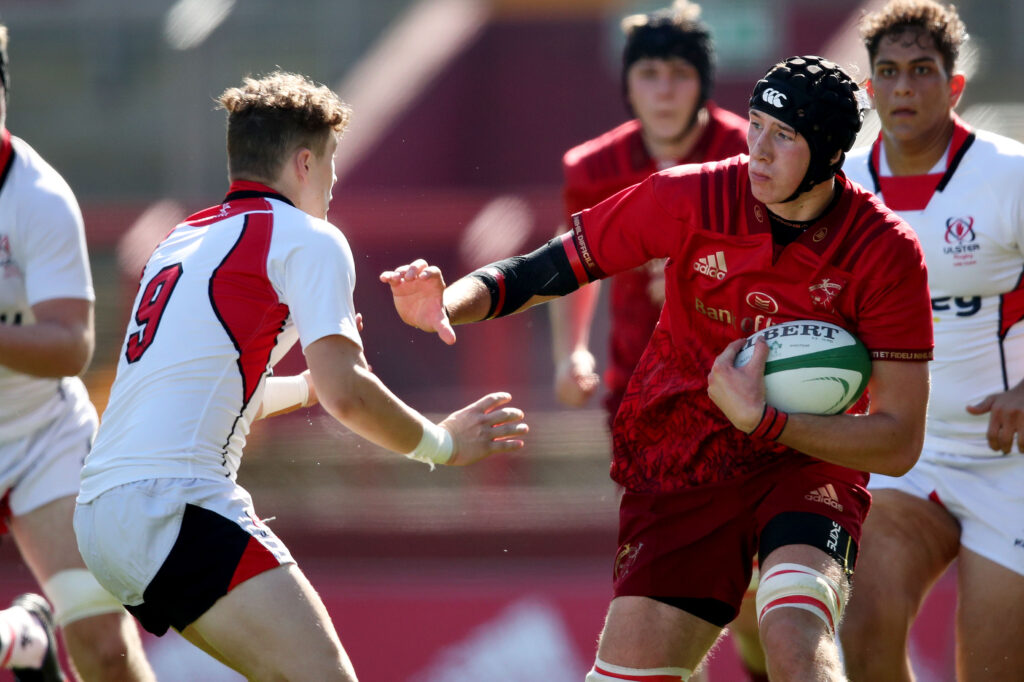 Did you know? Crowley played much of his underage rugby at scrum-half before moving to no.10.

Jack Crowley signed a two-year contract after completing one year in the Academy.

A product of Bandon RFC and Bandon Grammar, the out-half starred for the Ireland U20s in 2020, scoring 36 points in three games as Ireland clinched the Triple Crown before the campaign was cut short.

Crowley made his senior debut against Ulster in Belfast in January and followed that up with his second appearance against the Scarlets in March.

Named the AIL’s Rising Star for his performances with Cork Constitution in the 2019/20 campaign, Crowley impressed for the Ireland 7s team at the International Rugby 7s tournament last weekend. 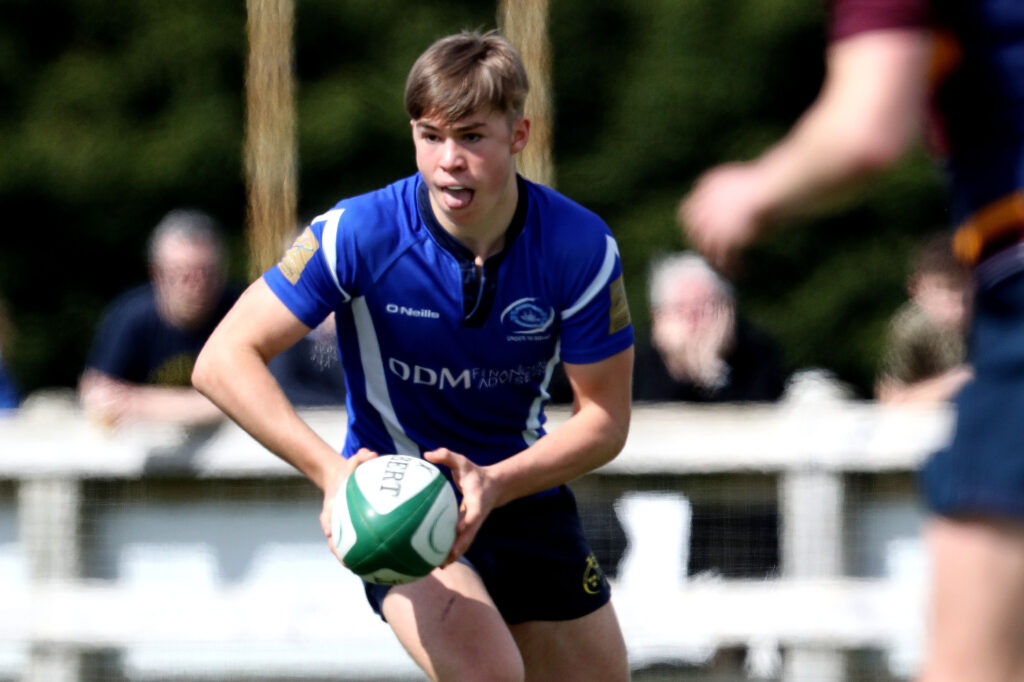 Did you know? Daly started out at Castleisland RFC, a club which has produced the likes of JJ Hanrahan, Ciara Griffin and Siobhán Fleming.

The flanker has been a regular for Munster A and Garryowen over the past three seasons having worked his way up through the provincial underage ranks at U18, U19 and U20 levels.

Daly has represented Ireland at Sevens and U20s level and made his senior debut against Zebre in November before following that up with his second appearance against Benetton in March. 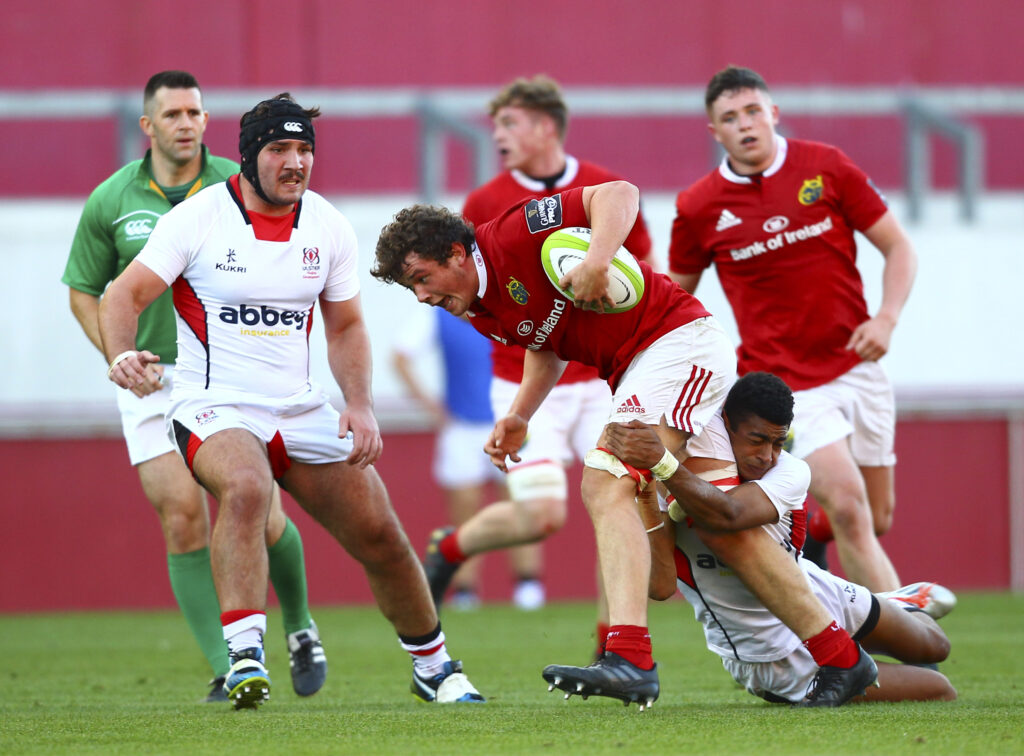 Jack Daly in action for the Munster U20 Development team in 2017.

Did you know? Jake and younger brother Alan lined out together for Munster A earlier this season. Jake has also represented Tipperary in Gaelic Football at minor level.

Jake Flannery, who can operate at both out-half and full-back, signed a one-year contract after two years in the Academy.

The Tipperary native made his senior Munster debut against Zebre during the 2019/20 season and followed that up with two further appearances this campaign, including his first start against Benetton.

Flannery came through the Munster pathway at first with Kilfeacle & District RFC before playing schools rugby with Rockwell College.

He was a standout performer in the Ireland U20s Grand Slam triumph in 2019. 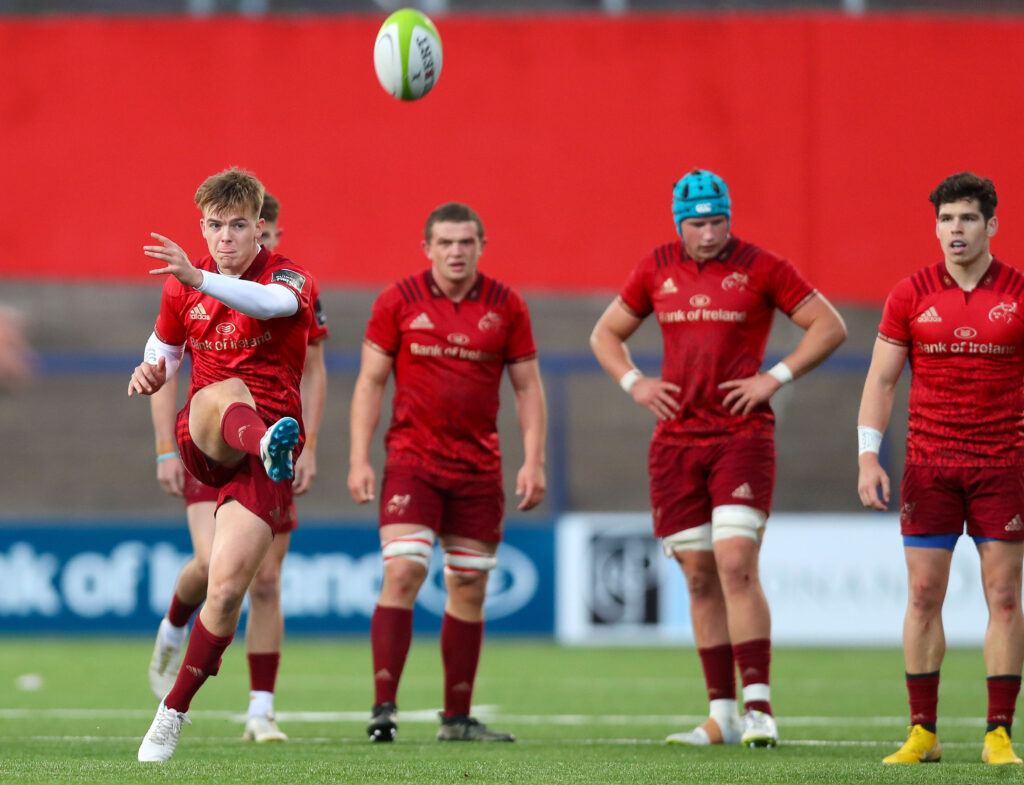 Jake Flannery in action for Munster A in 2018.

Did you know? James was an All-Ireland schoolboy shot put champion.

A product of Bandon RFC and Bandon Grammar, French has represented Munster at U18s, U19s and U20s level.

On the international stage, he has worn the green jersey at U19s and U20s level which included five appearances during the 2018 U20s Six Nations. 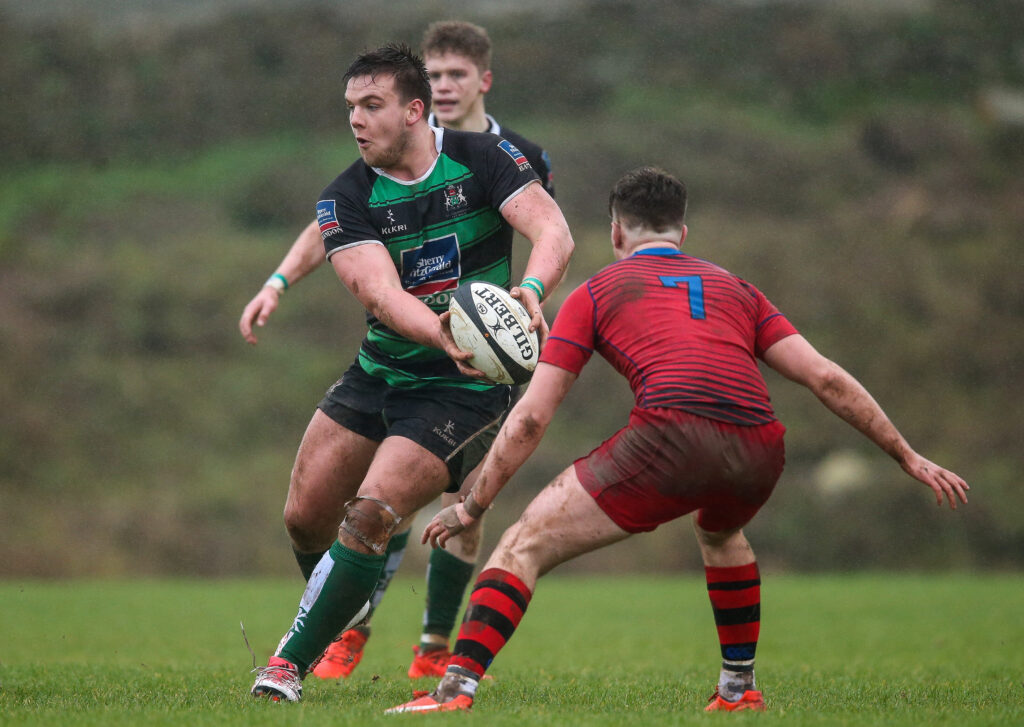 James French in action for Bandon Grammar in 2017.

Did you know? French scored all 11 of PBC’s points (a try and two penalties) in their 2017 Munster Schools Senior Cup final victory over Glenstal Abbey.

Seán French signed a one-year deal after three years in the Academy.

A try-scoring Munster debut against Zebre in December saw French make his mark with the senior side having impressed for Cork Constitution in the AIL over the past number of seasons.

The UCC student was a Munster Schools Senior Cup winner in 2017 with PBC and won the Grand Slam with Ireland U20s in 2019. 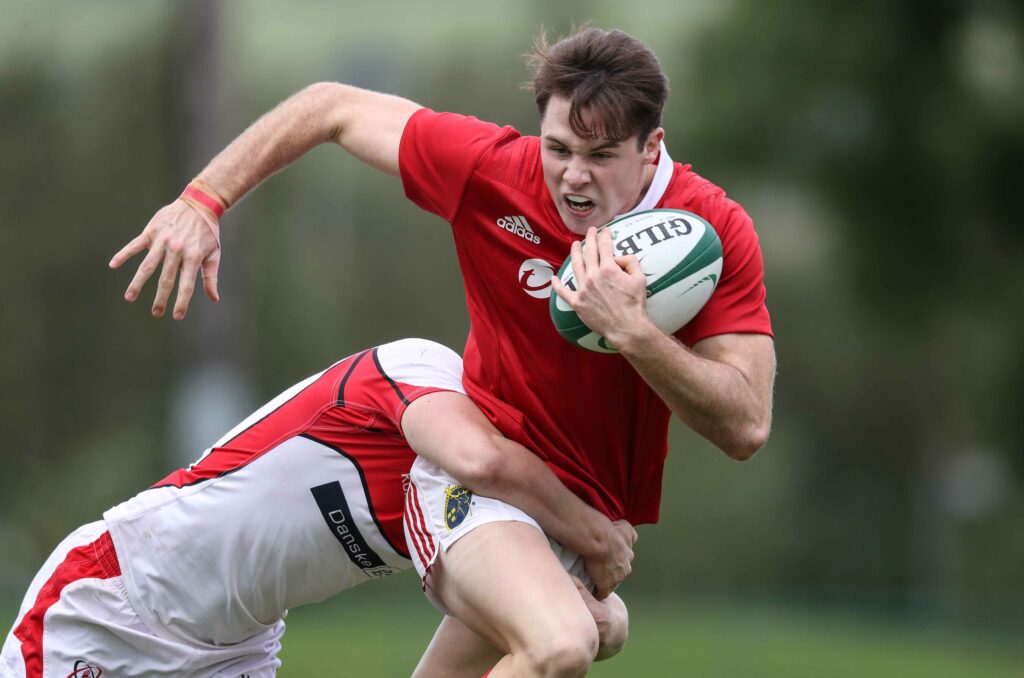 Seán French playing for the Munster U18 Schools team in 2016.

Ben Healy signed a one-year contract after three years in the Academy.

It has been a real breakthrough season for Healy with the out-half making 17 senior appearances having played three PRO14 matches the previous campaign.

The Tipperary native is a product of Nenagh Ormond and Glenstal Abbey and plays his AIL rugby with Garryowen. 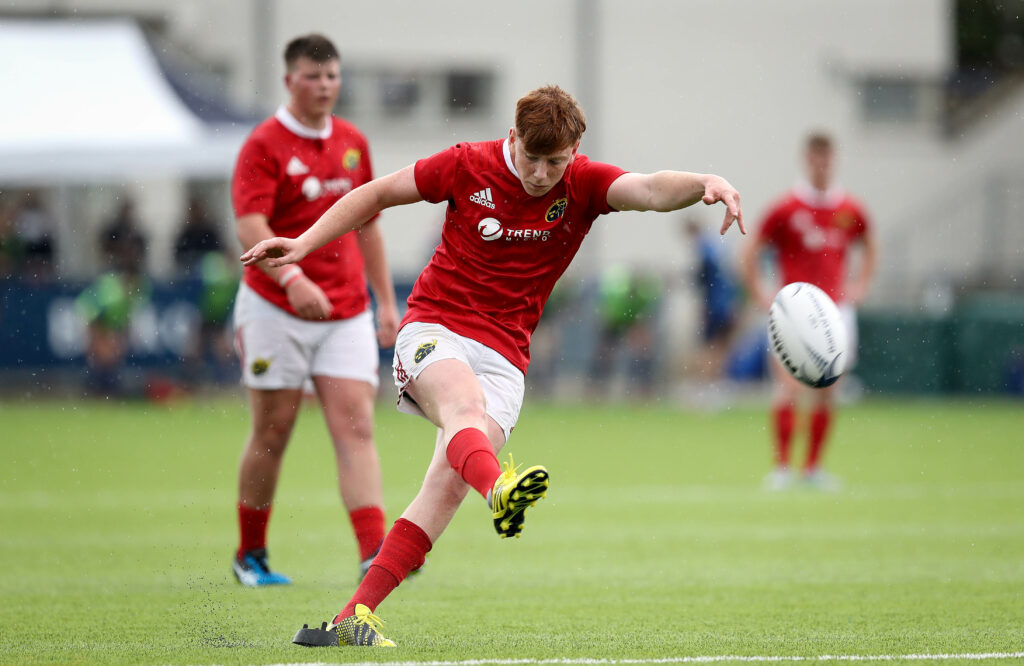 Ben Healy kicking at goal for the Munster U18s in 2016 as Josh Wycherley looks on.

Did you know? Hodnett has represented Cork in Gaelic Football at underage level.

John Hodnett signed a two-year contract after two years in the Academy.

Marked his Munster debut against Southern Kings in February 2020 with a Man of the Match performance and enjoyed a good start to this campaign before suffering a season-ending Achilles injury.

The Rosscarbery native is a product of Clonakilty RFC and play his AIL rugby with UCC.

The back-row forward produced some excellent performances for the Ireland U20s during the Grand Slam title win in 2019 and subsequent World Championships in Argentina. 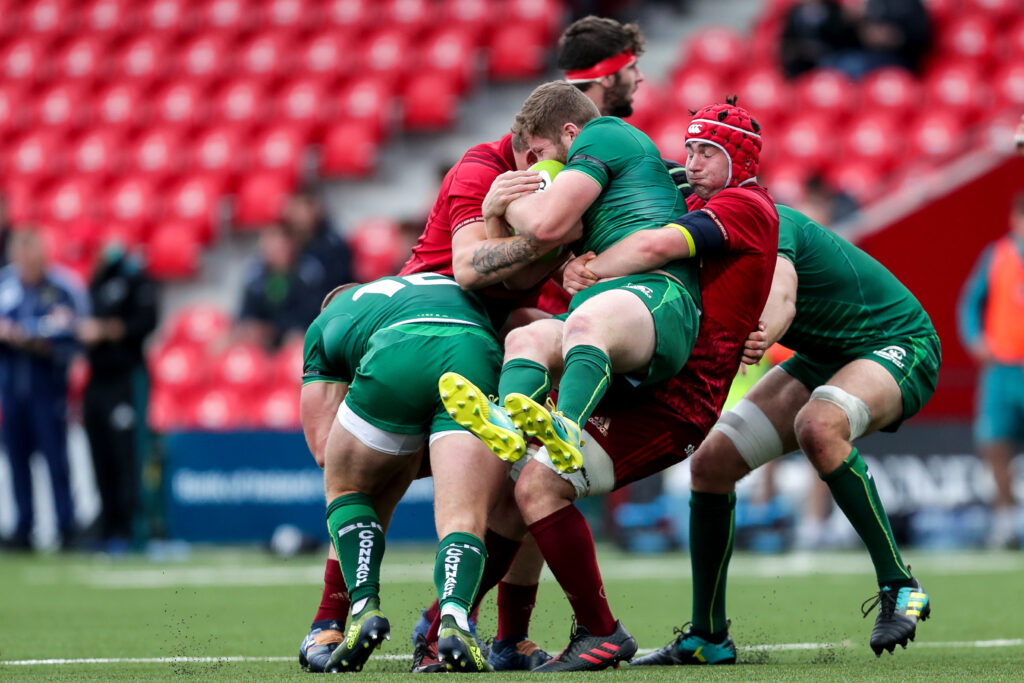 Did you know? Josh’s father Florence was one of the founders of Bantry Bay RFC’s underage section that has produced two Munster players – Josh and brother Fineen.

Josh Wycherley signed a two-year contract after three years in the Academy.

This season has been a breakthrough year with the loosehead prop making nine appearances so far this season.

A product of Bantry Bay RFC and Cistercian College Roscrea, he earned his first European start against Clermont Auvergne in December, playing a starring role in the province’s comeback victory.

The 21-year-old featured for Ireland U20 during the Grand Slam-winning Six Nations campaign in 2019. 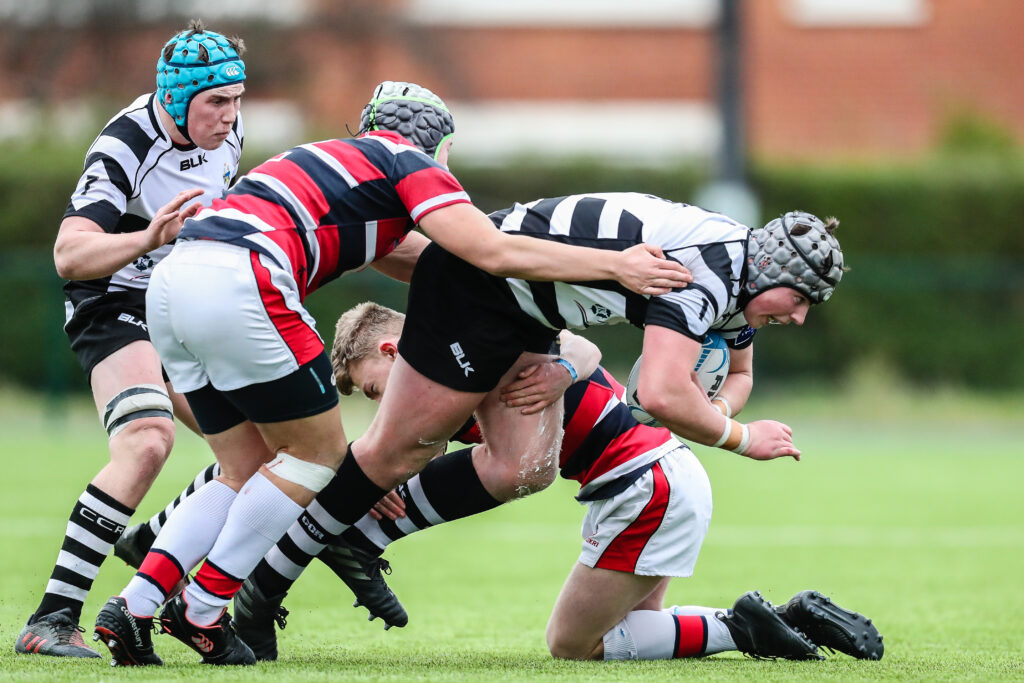