Former Leinster Rugby centre Conor O’Brien has announced his retirement from rugby with immediate effect due to injury.

The 26-year-old Mullingar centre played 24 times for Leinster Rugby since his debut away to Glasgow Warriors in the 2017/18 season.

He made 14 appearances for the club the following season, including a Champions Cup debut, scoring six tries in the process, but since then, unfortunately, a consistent hamstring injury has hampered his progress. 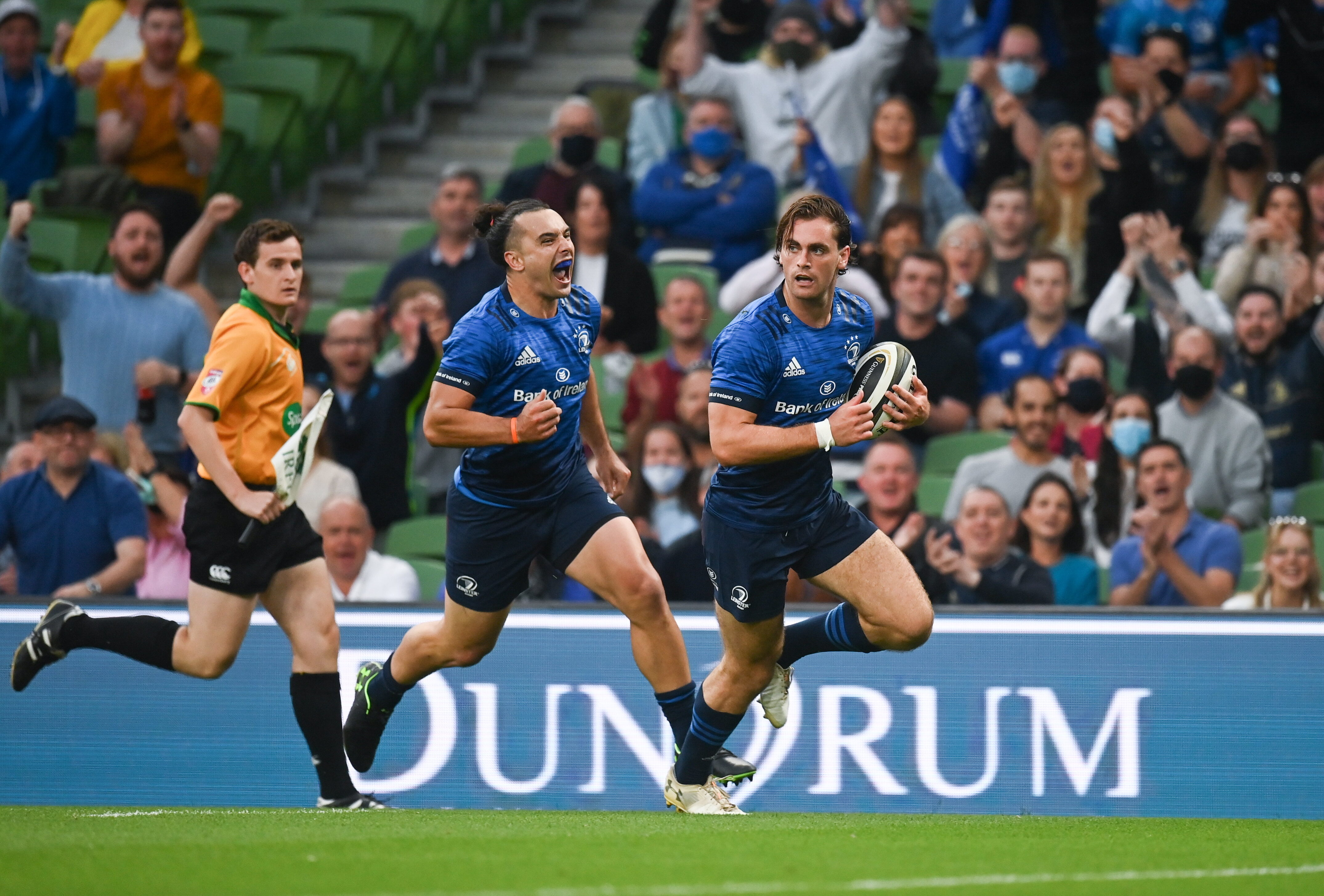 O’Brien last played for Leinster in October of last year against Dragons in the United Rugby Championship, his only appearance of the campaign and he left the club at the end of last season.

Speaking to leinsterrugby.ie, O’Brien was grateful for all that he achieved but naturally disappointed with how his career had been cut short.

“It’s a very difficult decision to make or more to the point, a very difficult conversation to have with the medics but over the last few years we left no stone unturned in Leinster Rugby to try to get myself back to where I felt I should be.

“I’d like to wholeheartedly thank my physiotherapist Karl Denvir and the team doctor, Prof John Ryan for all their help.

“There are so many highs as an athlete but definitely there are lows as well and the team off the pitch of doctors and physios are brilliant because they pick us up from our lowest, time and time again. I can’t thank them enough.” 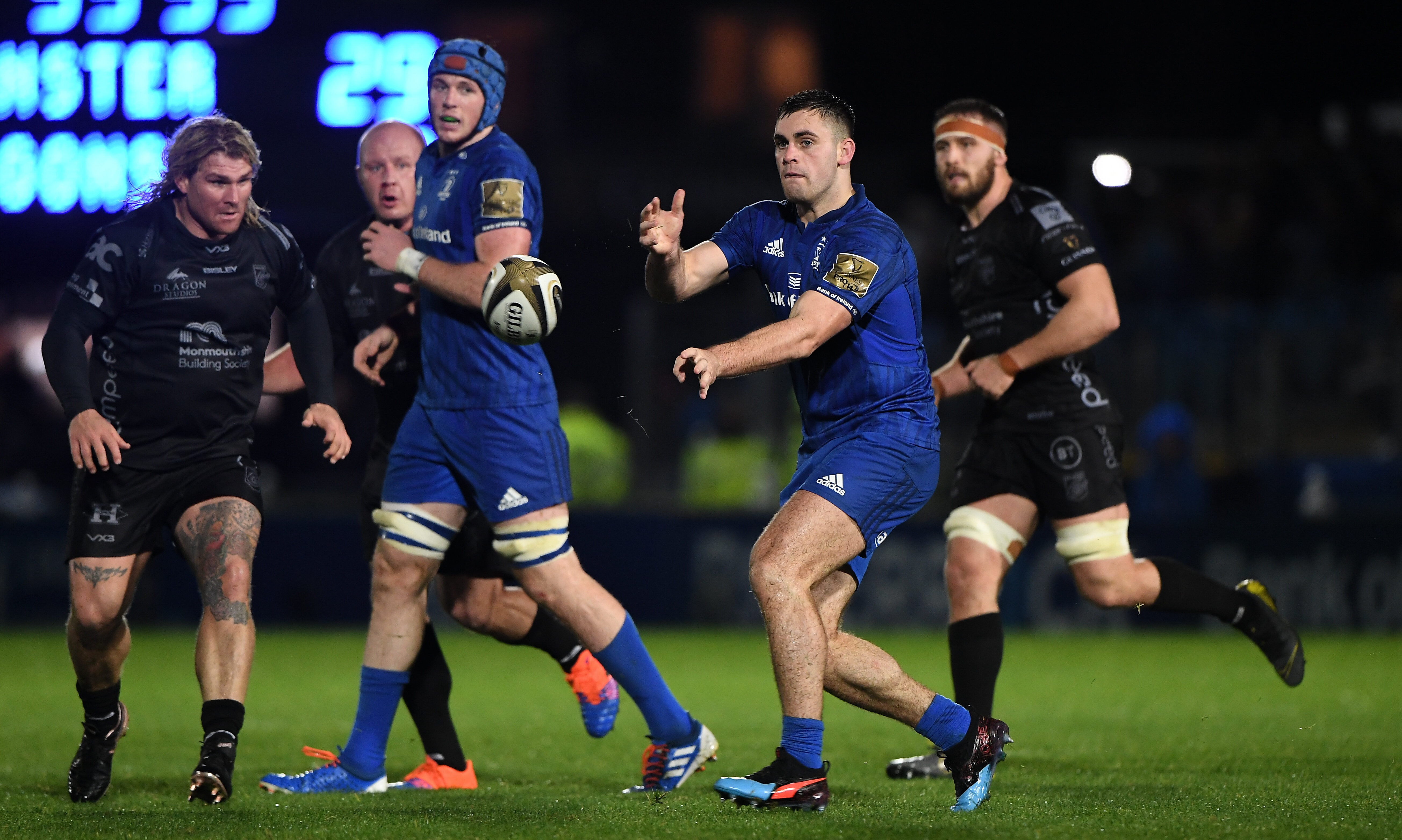 Reacting to the news, Leinster Rugby Head Coach said, “The last few years have been hugely frustrating for Conor and it’s very disappointing the way that it has ended for him. I know Conor and our medical team worked incredibly hard and no stone was left unturned but sometimes despite everyone’s best efforts, it doesn’t work out the way we’d all like.

“Conor burst onto the scene a few years ago and made his debut in Glasgow and he is a credit to Mullingar RFC and his family for how he has represented them all over the last few seasons.

“You could see that pride last week when we visited the club as part of our 12 county tour and they speak glowingly of Conor and the regular visits he makes to the club and how great he is with the next generation.

“It’s great to hear that he has his next move sorted and that is a credit to him and how he kept up his education while playing with Leinster.

“We wish Conor all the very best for the future and thank him for his contributions to Leinster rugby.”

O’Brien played with Mullingar RFC and came through the Shane Horgan Cup system into the Leinster Rugby pathway. He played with the Leinster age grade teams as well as representing the Ireland Under 20s and playing for Clontarf FC in the AIL. 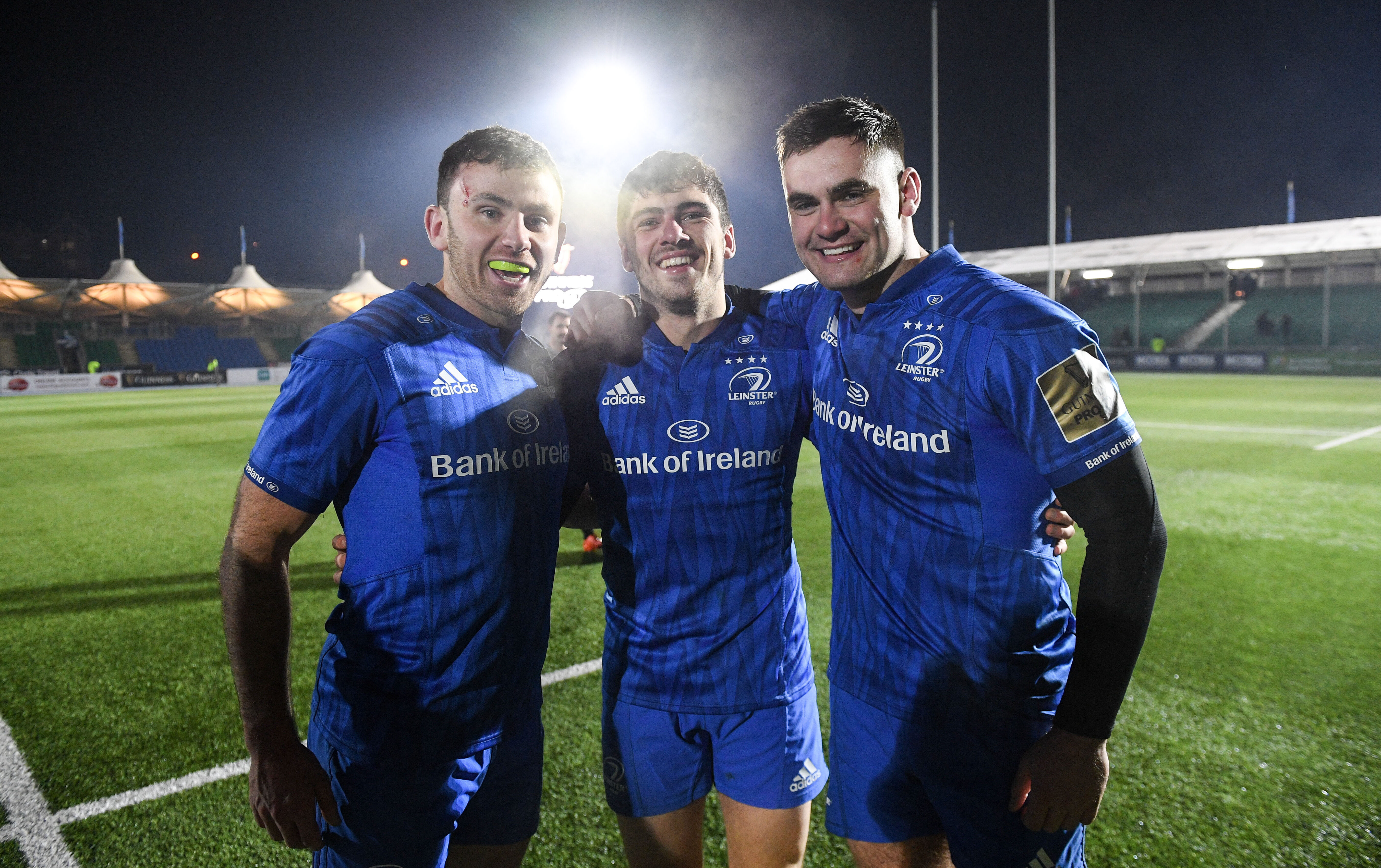 “Of course, I’d love for it to have continued and I was hopeful that maybe with a bit of luck the injuries would heal but they haven’t.

“There are so many players that started out that journey with me. Making those trips up for Shane Horgan Cup trials with their Areas. And how many get to play for their Area? Then get to play for Leinster at any level so to pull on the Leinster jersey 24 times is something that I will be forever thankful for and that I am very proud of.

“I was always very conscious of who I was playing for. For Mullingar RFC. For my Area. For Westmeath. For the wider province. My family and friends. It really did mean a lot to me and it means a lot to all the players in there.

“I am very grateful to everyone in Mullingar RFC, especially Tony Doolin, Mick Lambe and Sean Óg Brennan for their support and then Leo, Stuart, Felipe and all the staff and players at the club. The injuries aside, I’ve loved every minute of my time at a special club.

“To my mam, Mary and dad, Garrett, my brother Séan, sisters Aoife and Sadhbh and girlfriend, Katie, thank you for keeping me going and keeping me focused and positive over the last few years and for your support and your love.”

As for future plans, O’Brien has a degree in economics from UCD already completed while at Leinster Rugby and is beginning a new chapter with the Dublin-based digital transformation company, Tekenable.

And after that, he is looking forward to maybe taking in a game or two at the RDS Arena and back at Cullion, the home of Mullingar RFC and a GAA match in Cusack Park.

“It will be strange I’m sure shouting from the stands at the RDS Arena, but the supporters have been brilliant to play in front of and I look forward to being part of that sea of blue myself and to cheering the lads on.

“It’s a special group, who I know are capable of great things in the seasons to come. I wish them all the best.” 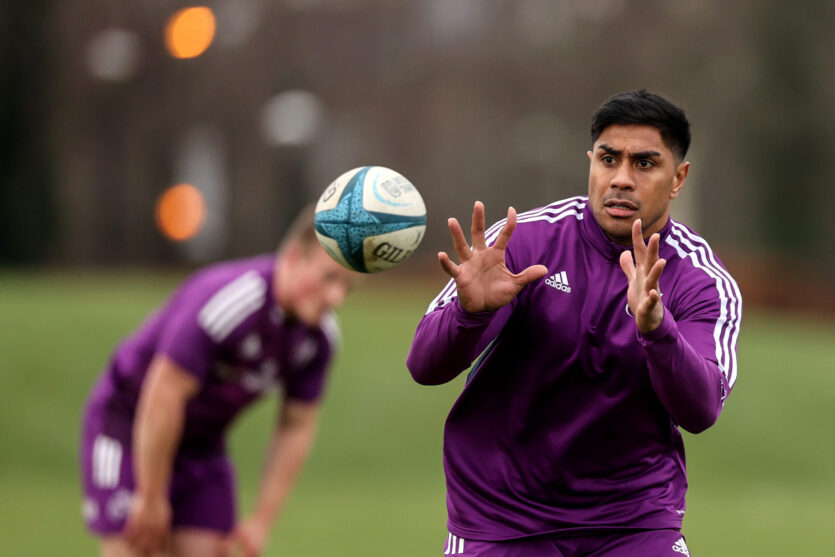 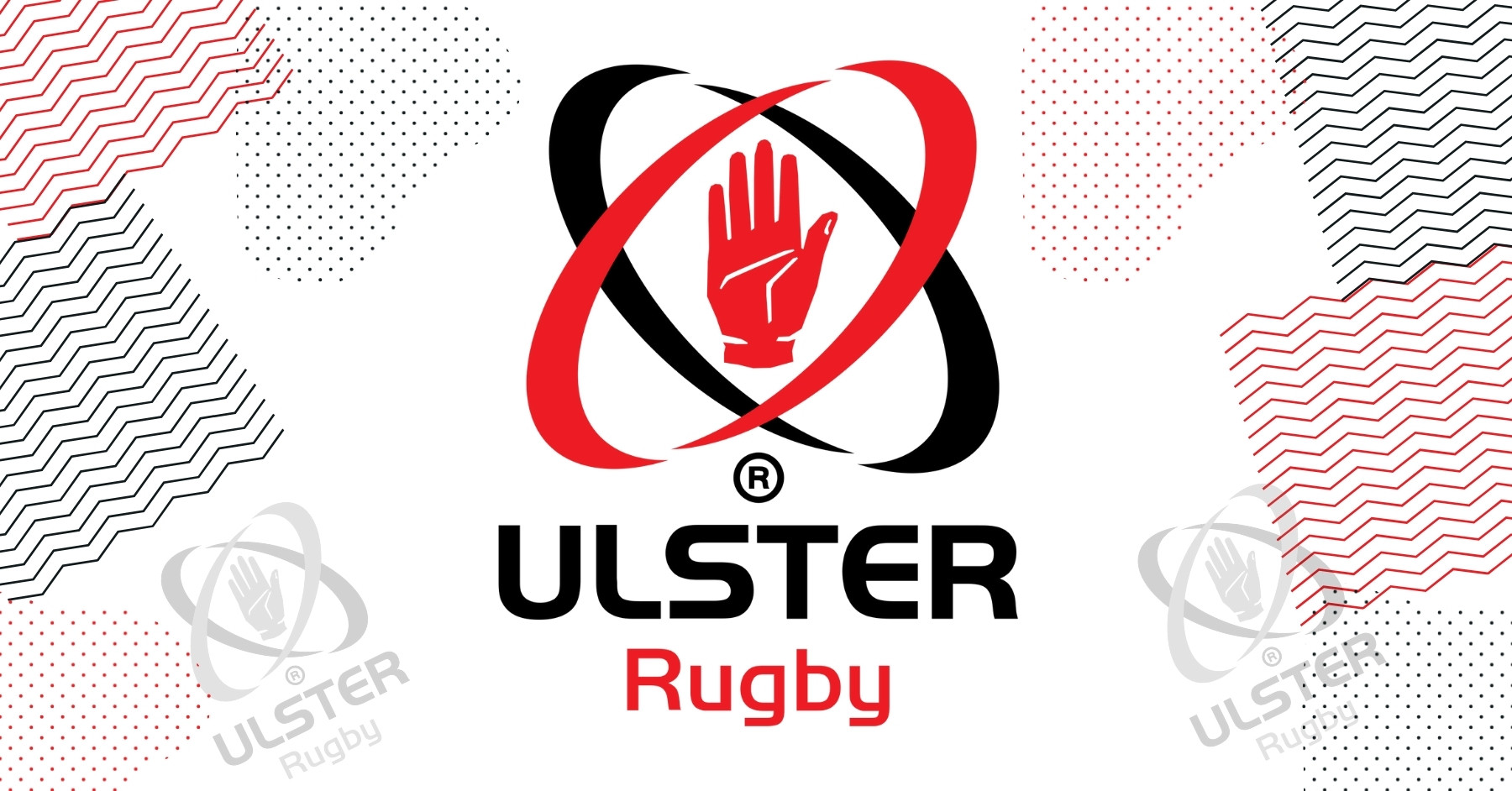