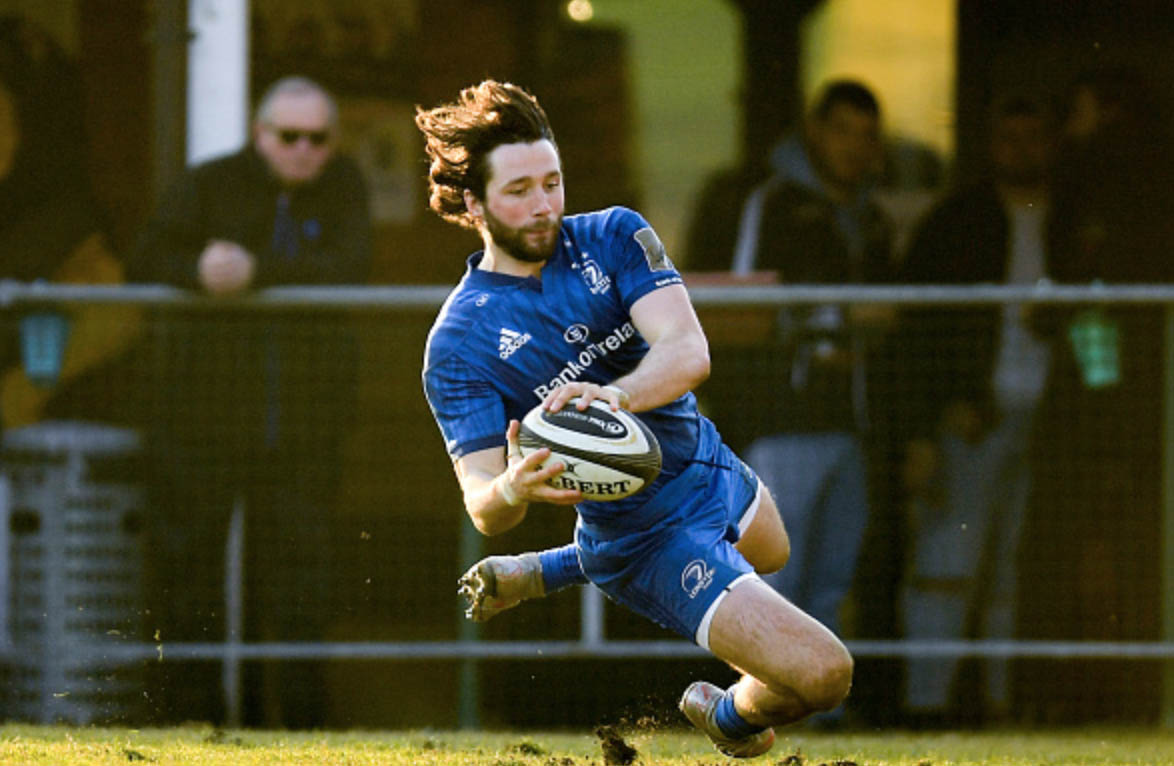 Leinster survived a comeback from Zebre with a couple of late scores of their own to run out 40-24 winners at the Stadio Luigi Zaffanella on Saturday.

.@Ross__Byrne kicks the extras to finish out the game here in Viadana! Thanks as always to the @OLSCRugby traveling support! See you all next Friday! pic.twitter.com/9tp8lNwaQL

With the away side naming a strong team, some thought that this could be a walk-over as Zebre currently sit bottom of Conference A and have lost all 11 of their previous meetings with Leinster.

The strength of the visitor’s side showed in the opening stages of the match and they raced into a 21-0 lead within 21 minutes.

Max Deegan scored the first try of the game after six minutes, getting over following a rolling maul. Ross Bryne converted to make it 7-0.

Another six minutes on and their lead was doubled. Young Mullingar centre Conor O’Brien was at the core of a fine passing move that ended with Byrne sending Dave Kearney in for try number two. Again, Byrne struck the extras.

Byrne then found himself scoring a seven pointer after a fine pass from Jamison Gibson-Park allowing him to touch down before he added another two points to his tally.

Zebre held through 10 minutes with only 14 men on the pitch as Jimmy Tuivaiti was sent to the bin and held Leinster scoreless through that period.

At that stage it looked as though Leinster could be heading towards a cricket score win only for Zebre to come to life in the final 10 minutes of the first-half.

A knock-on in midfield lead to Francois Brummer to score the hosts opening try, which Carlo Canna converted to make it a 14-point game.

Two minutes later and they were through again. This time Jamie Elliott intercepted and raced in for the try, Canna made it two kicks from two and it was 21-14.

In the 37th minute it looked as though Zebre had completed the most remarkable of comebacks, as Gabriele Di Giulio went over for try number three, although Canna missed the kick.

Three tries in the last ten minutes have dragged Zebre right back into this game. Leinster with the advantage still as we head into the break. #ZEBvLEI pic.twitter.com/4nWJvxTNdG

The visitors got back on track in the second-half, as man of the match, Gibson-Park was instrumental once more to get captain Scott Fardy over to secure the bonus-point. Byrne made it 28-19 with 25 minutes remaining.

On the hour mark, Zebre bounced-back again, with Brummer going in for his second try of the game and his team’s fourth, securing a bonus-point. The conversion was missed leaving the score at 28-24 heading into the final quarter.

O’Brien settled Leinster nerves in the 74th minute as he got in for a well-deserved try. The extras were missed this time but gave them a 33-24 lead.

Deegan finished what he started in the final minute. Substitute Michael Bent set-up the youngster for his second try, with Byrne kicking the conversion once more and the reigning champions marched to a hard-fought 40-24 victory.

After the game, captain Fardy spoke about his delight with winning but admitted his frustration at allowing the opposition back into the game.

“To go out to 21 nil we’re pretty disappointed in probably that second-half of the first-half, the second 20 minutes was probably not up to our standard, but we dug in there in the second-half and happy to come away from Zebre with a result,” he said.

The win means that Leinster have extended their lead at the top of Conference B to 22 points, ahead of second-placed Edinburgh, while Zebre remain bottom of Conference A with only 17 points overall.

Leinster will host the Southern Kings in their next game and hope to build on their incredible lead at the top. Zebre to Ulster next but will take some encouragement from the spirit shown in their performance against one of the best teams around.