Connect with us
Photo by Stu Forster/Getty Images

Leinster Rugby are delighted to confirm that Robin McBryde will join Leinster as Assistant Coach after the Rugby World Cup in Japan.

McBryde, is a former Llanelli and later Scarlets hooker who played over 250 games for his region.

In an eleven year international career he was capped 37 times by Wales and played in the 2003 Rugby World Cup. He was also part of the 2005 Grand Slam winning Wales team and was called up to the British & Irish Lions tour in 2001 but had to withdraw due to injury.

Since retiring in 2005, McBryde has immersed himself in coaching initially with the Scarlets and then with Wales as forwards coach to the senior national squad and also as a WRU National Skills Coach, providing specialist coaching to Wales’ young talent in the regional academies.

He also acted as Wales head coach during the North American tour of Canada and USA in 2009 while Warren Gatland and Rob Howley were on British & Irish Lions duty in South Africa and did the same on the tour to Japan in 2013 while Gatland was again involved in the Lions tour of Australia.

Announcing his appointment, Leinster Rugby head Coach Leo Cullen said, “Robin McBryde is a coach and person I have admired for a long time as he went about his business with the Welsh national team, contributing to an unprecedented era of success during his 13-year involvement. He will bring a wealth of experience to Leinster after working so closely with and against many of the leading forwards in the game.

“We are delighted that Robin has agreed to join our coaching team after this year’s World Cup, and I am really excited about getting the opportunity to work closely with him. He is a proud and knowledgeable rugby man and I am sure all Leinster supporters will join me in giving him a warm welcome when he arrives.”

Speaking this morning, McBryde said, “I am delighted to be joining Leinster. They are one of the standout teams in Europe, with a strong identity and a proud history, and I am really looking forward to starting with them later this year.

“I see it as a great opportunity to join a very experienced and exciting coaching team and to help continue Leinster’s great successes. They are a world renowned team, with passionate supporters and I am looking forward to working with the squad and the coaches.

“I’m hugely proud of my time with Wales, and it has been an honour to coach my country. I have never taken it for granted and it has been a hugely rewarding experience to have been part of the coaching team under Warren Gatland and the success we have had over the years.

“I am thrilled to have secured my future with Leinster post RWC, and it now allows me to focus all my energy on the task at hand with Wales.”

Another huge name joining the MLR is former All Blacks back-rower Adam Thomson who has made a remarkable return to professional rugby following a serious spinal infection that kept him in hospital for almost two months at the beginning of 2018.

Thompson will join the Utah Warriors alongside Fijian sevens star Vatemo Ravouvou on a deal which will see the pair play for the side for the remainder of the 2019 season through to the end of the 2020 season.

Thompson has been out of the game for 18 months with his last appearance as a pro player in the Japanese Top League, Thomson will move to the USA as an injury replacement for Jackson Kaka, who has been ruled out for the remainder of the MLR season with a neck and shoulder complaint.

Thomson spent 57 days in a Tokyo hospital from December 2017 to February 2018, suffering from lumbar discitis which is a painful infection of the spine.

The 37-year-old will bring a wealth of experience from a professional career spanning 15 years playing for the Highlanders, Queensland Reds, Rebels and the All Blacks.

After debuting for Otago in the NPC as a 22-year-old in 2004, Thomson went on to amass 50 appearances for his province, played 68 times for the Highlanders in Super Rugby, and won 29 test caps for the All Blacks between 2008 and 2012, where he was a member of the World Cup-winning squad in 2011. 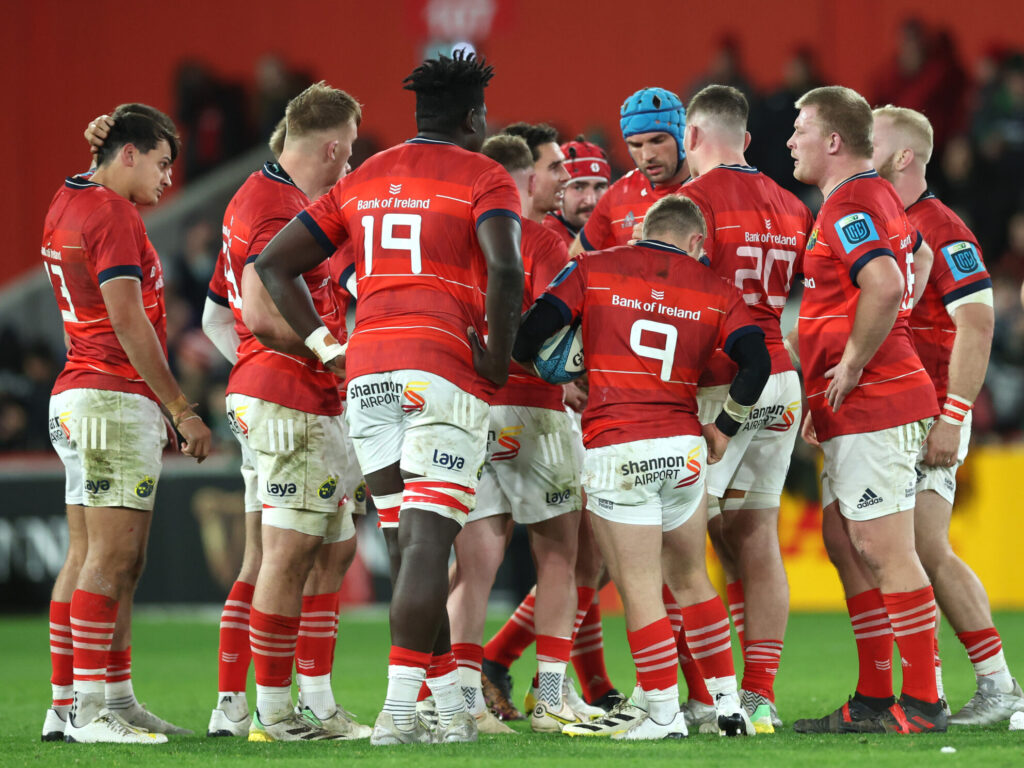 Munster are on the road this weekend with Graham Rowntree’s side visiting Edinburgh in round 9 of the BKT United Rugby Championship.

Find out all you need to know ahead of Edinburgh v Munster below.

This will be Munster’s first-ever game at the recently built 7,800 capacity DAM Health Stadium alongside Murrayfield in Edinburgh.

Both sides will be named before 12pm on Thursday.

Hear from Munster Forwards Coach Andi Kyriacou and Calvin Nash ahead of the game.