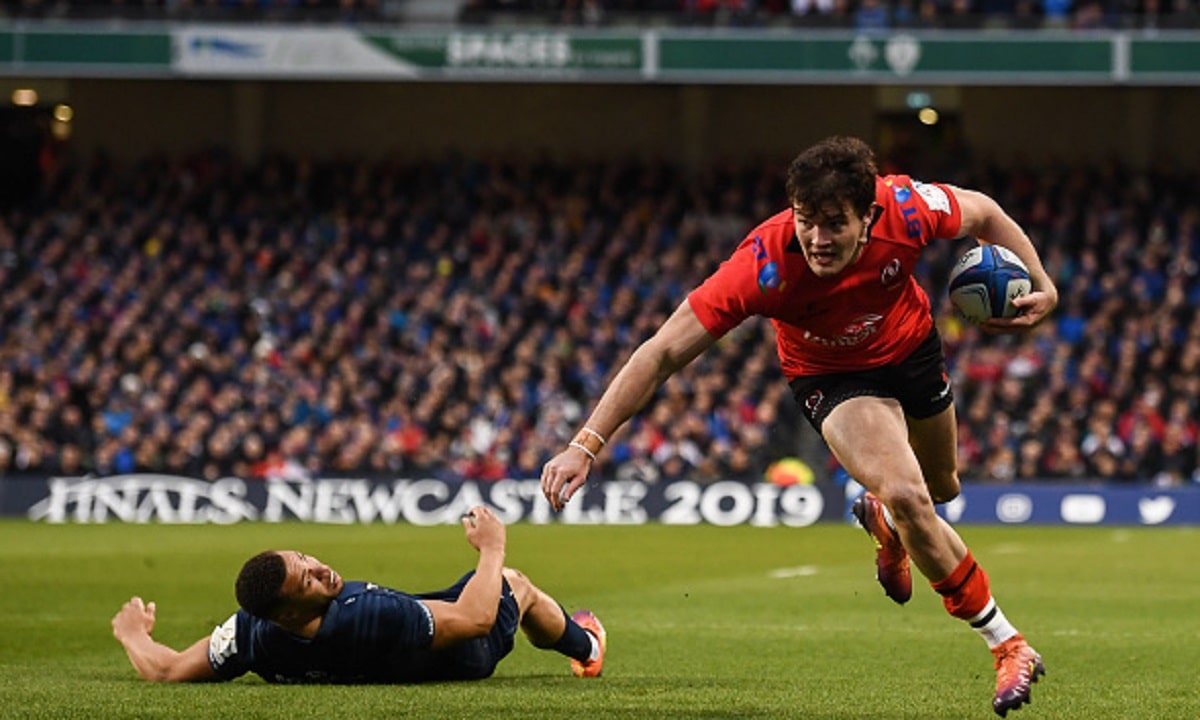 Glasgow Warriors and Ulster have been boosted by the return of some key men ahead of their Pro 14 semi-final at Scotstoun on Friday at 19 35.

For the hosts co-captain Callum Gibbins returns from a head injury sustained against Saracens in the Champions Cup quarterfinals, while also being able to name DTH van der Merwe on the wing.

On the other hand, the visitors have been massively lifted by the timely returns of both Jacob Stockdale and Louis Ludik, who slot straight into the back three as their side look to reach the final for the first time in six years.

Glasgow start the game with a front-three of Jamie Bhatti, Fraser Brown and Zander Fagerson, with Scott Cummings and Jonny Gray behind them on in the second-row.

The pack is finished with the strong trio of Rob Harly, Gibbins and Matt Fagerson

Scotland international Ali Price opens at scrum-half with Adam Hastings partnering him from fly-half. Sam Johnson and Kyle Steyn are just outside the pair in the 12 and 13 jerseys respectively.

It is a formidable back-three as van der Merwe and Tommy Seymour open on the wings with Stuart Hogg at full-back. This will be Hogg’s final home game for the Warriors before his summer switch to Exeter Chiefs.

There is plenty of strength on the bench as well with the likes of Ryan Wilson, George Horne, Peter Horne and Huw Jones to call upon.

For Ulster it’s a front-row of Eric O’Sullivan, captain Rory Best and Ross Kane with Ian Henderson and Kieran Treadwell in the engine room.

At the back of the pack there is a serious amount of power with Nick Timoney, Jordi Murphy and Marcel Coetzee on the flanks and at No 8 respectively.

John Cooney continues alongside Billy Burns in the half-backs, while Stuart McCloskey and Luke Marshell are in the centre.

Louis Ludik begins the game on the left-wing with Robert Baloucoune on the right and Jacob Stockdale moves to full-back for the clash.

Just like the home side Ulster have depth on the bench with Rob Herring, Sean Reidy, David Shanahan and Darren Cave among those ready to play their part.

Speaking ahead of the final-four clash Ulster head coach Dan McFarland, whose side have gone further this season than most expected, is looking forward to testing his team against one of the best teams in the league.

“We’re treating it as an opportunity to play against a quality side and are confident in the work we’ve done this week, but understanding it’s a difficult task. It’s what you want to be doing. We could be on our sun loungers now, but we’re playing play-off rugby which is brilliant,” he said.

The prize for the victor will be a place in the final against either Leinster or Munster who face off in the other semi-final on Saturday and from there who knows what could happen with all hoping to claim the Pro 14 title after another incredible season.