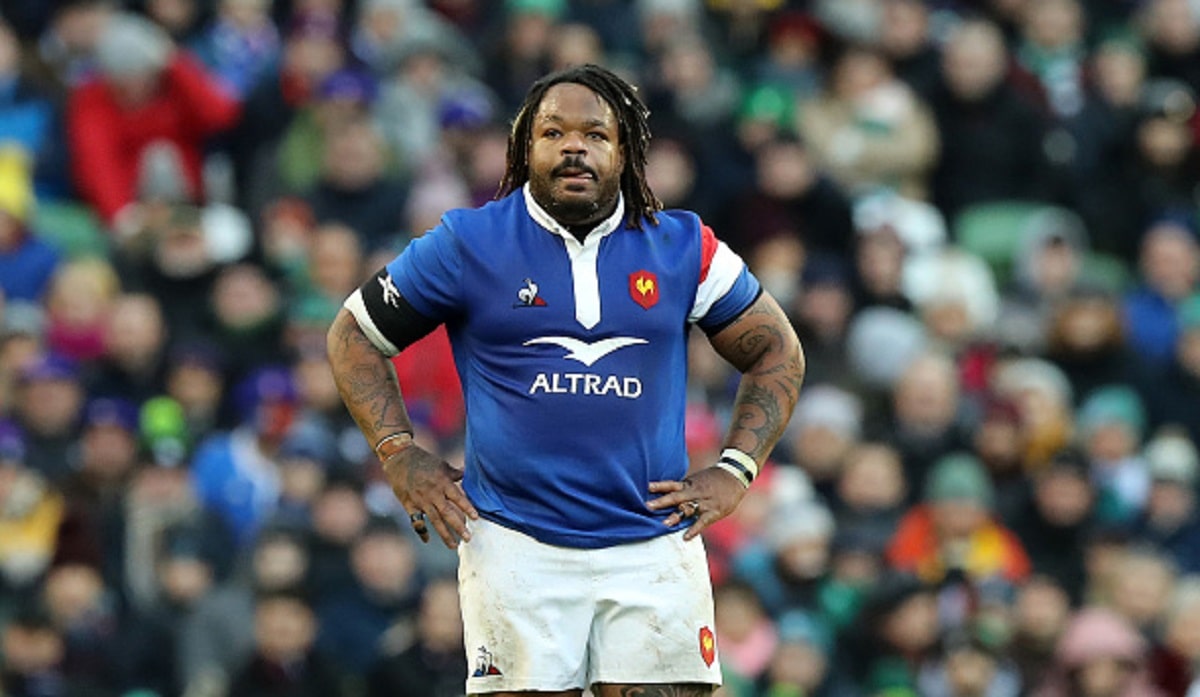 Lyon have announced the arrival of Mathieu Bastareaud on a short-term deal, but it now appears as though he may take up a new position too.

The 126kg centre has committed to Lyon until he sets off for the US and Major League Rugby in 2020 having been left out of Jacques Brunel’s French World Cup squad.

However, his short time at Lyon could leave a long-term impact on him as he may be set to move from his normal centre position to playing No 8.

“With Pierre (Mignoni), we discussed the possibility of playing at Number 8. I told him that I was not closed to play at that position. On the contrary, since we are talking about change, why not continue! It can also be exciting to take on this challenge over this period. After that, I think I still have a lot of work to perform at this key position. But we will try the bet!” he said to reporters.

Many have often wondered whether Bastareaud would be better suited in the pack due to his size, and with his pace declining it might be the ideal time for the transition.

Having been left out of Brunel’s World Cup plans unexpectedly, not even being named among the back-ups, Bastareaud was left without a plan between now and his switch to Rugby United New York next year.

He was said to be wanted by club’s in both France and across the globe for the next six months, with Montpellier, Stade Francais, the Sharks and Munster among the interested parties.

However, Lyon won the race and if he does decide to move to the back-row and succeed Brunel’s may wonder what could have been if France fail to fire at the World Cup. If he succeeds one would also wonder whether a future return to the international fold may be on the cards.

Australia centre Tevita Kuridrani said on Wednesday he will end his Test career as he joins French Top 14 club Biarritz next season.

Kuridrani, 30, who made the last of his 61 Wallabies appearances at the 2019 Rugby World Cup, has signed a two-year deal with the newly promoted outfit from the Basque Country.

He has spent almost a decade with two Australian franchises.

“Thank you @brumbiesrugby @wallabies and the @westernforce for 10
incredible years in Super Rugby and 6 in the green & gold,” he posted
on Twitter.

“Time for a new chapter,” he added.

Kuridrani made his debut for the Brumbies in 2012, going on to play 135 games for the club.

He would become a stalwart of the club as he nailed down a starting spot in his second season, helping the club to the Super Rugby Final and a historic win over the British and Irish Lions.

The 31-year-old moved to the Western Force in 2021, playing an integral role in their maiden finals appearance in Super Rugby AU.

Fijian-born Kuridrani, who would still be eligible for his country having won more than 60 caps, will link up with fellow Australia back Henry Speight at the Parc des Sports d’Aguilera as well as ex-New Zealand centre Francis Saili and former England No. 8 Steffon Armitage.

Biarritz, five-time French champions, have also signed Argentina scrum-half and Force teammate Tomas Cubelli and Ireland prop James Cronin as they return to the top flight for the first time in seven years.