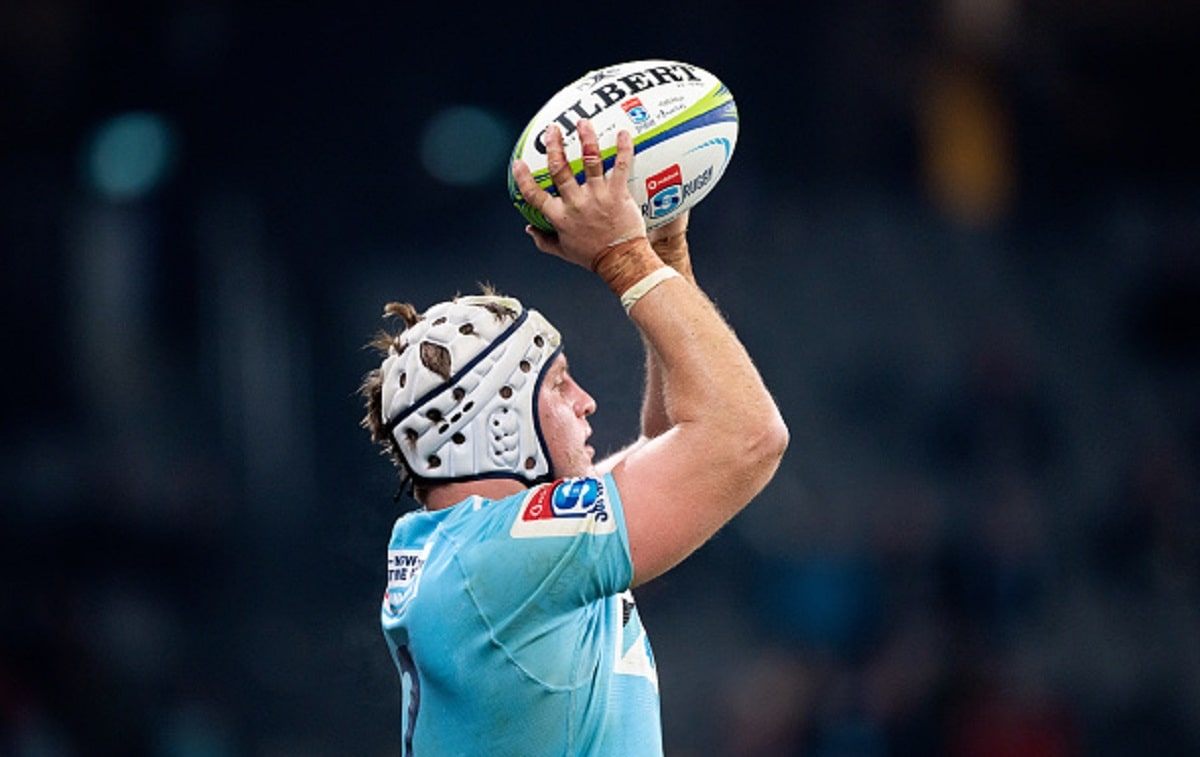 Waratahs hooker Damien Fitzpatrick has signed with the Aussie side for the 2020 Super Rugby campaign in what is another boost.

It will be Fitzpatrick’s ninth campaign with the NSW, and he admits he is just delighted to continue playing for the team he loves.

“Playing for the Waratahs is what I truly love doing, so any opportunity to continuing to do what you love and are passionate about is something I’m grateful for. The unknown is exciting. A new-look squad under a new coach can bring endless possibilities and I’m looking forward to what lies ahead for the Waratahs,” he said.

The 30-year-old left for three seasons with Lyon in 2013 and was part of the squad that earned promotion. He returned to the Waratahs in 2016 signing a two-year deal and has earned the extension due to his strong showings throughout this year’s campaign.

He will not play any National Rugby Championship matches however after agreeing to take a short-term contract overseas between now and the 2020 Super Rugby pre-season.

Fitzpatrick is the second experienced Waratah to extend their stay with the franchise this week after Wallaby Kurtley Beale signed on for next season too.

Both will be welcome re-signings with many players heading abroad for more lucrative deals including star names such as Bernard Foley and Sekope Kepu who are both leaving the franchise this year.

Ireland’s most decorated player, Rob Kearney, has signed with the Western Force on a one-year deal.

The fullback, who scored 82 points in 95 appearances for Ireland, joins from current PRO14 champions Leinster Rugby.

At club level, Kearney has earned 219 caps for Leinster, playing a crucial role in establishing the provincial side as Ireland’s most successful club team, where he lifted six PRO14 titles, four European Champions Cups and a European Challenge Cup since debuting against Welsh side Ospreys back in 2005.

Kearney’s aerial prowess, strength and reliability throughout his career has seen the Dundalk-born player also earn three caps for the British and Irish Lions, which included Tours to South Africa in 2009 and a series victory against Australia in 2013.

Having conquered the European club and international landscape for over a decade, Kearney is delighted for the opportunity to ply his trade in Western Australia.

“I am delighted to be joining the Western Force for their upcoming season and excited to play with such an ambitious club who are looking to improve on this year’s campaign,” Kearney explained.

“I hope to add value both on and off the field that complements the high ambition of the club.

“I’m particularly excited to immerse myself in a new performance environment and to play both with and against some of the best players and teams in the southern hemisphere.

“I look forward to moving to Western Australia to begin building relationships with my new teammates and coaches alike and to meet the ever-growing Western Force fan base which also includes a strong Irish contingent.”

Head of rugby Matt Hodgson is excited to see the Force attract world class talent, saying it shows the potential and positive development of the club.

“Rob is a fantastic signing, but more than that he is a great person who will be able to bring a lot to WA rugby,” Hodgson stated.

“He is a player of the highest calibre that brings a wealth of experience and quality to the side.

“He also brings a winning mentality, having experienced so much success for his country and Leinster. We can’t wait for the Sea of Blue and the sizeable Irish community within WA to see him pull on the Force jersey next season.”

Kearney will join the club for pre-season later this year.

More player announcements can be expected in the coming weeks.