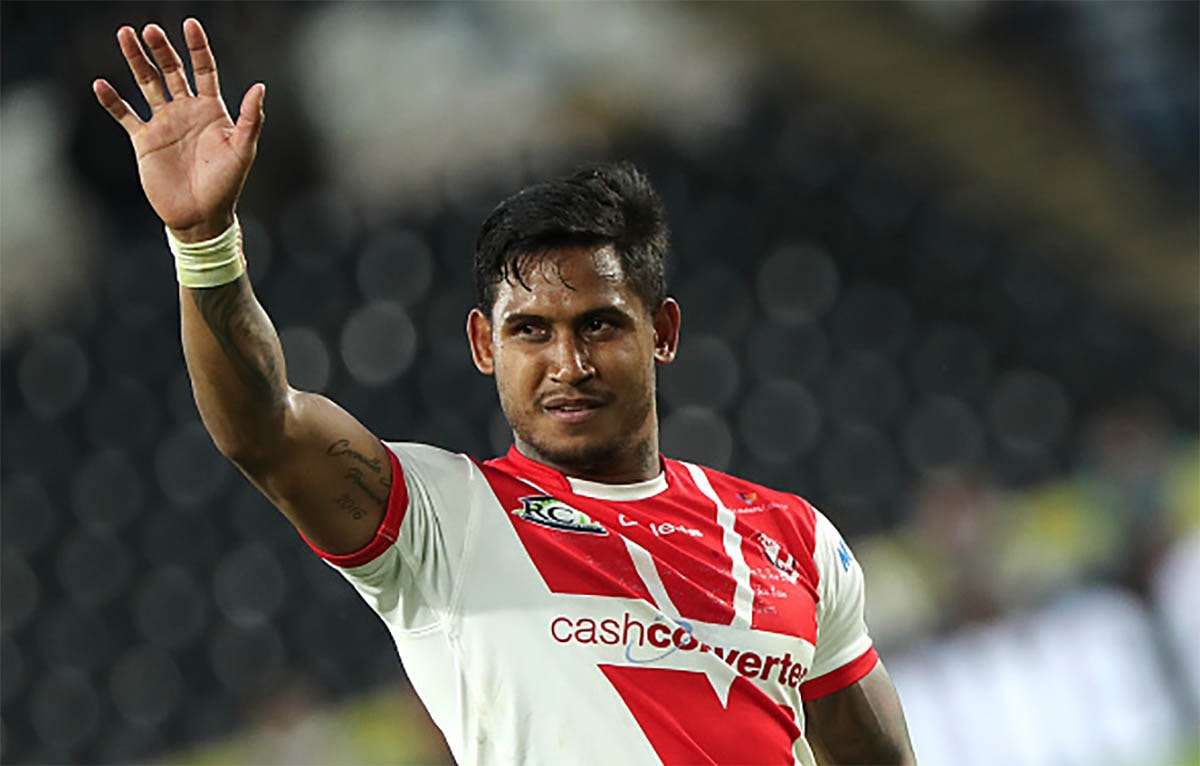 Rugby Australia Chief Executive Raelene Castle has ruled out the possibility of former Toulon star Ben Barba returning to competitive action in Australia should the NRL decide to ban him.

North Queensland decided to terminate Barba’s contract on Monday. This happened after video footage emerged of him assaulting his partner who is the mother of his children.

The issue is currently being investigated by Police. If Barba is found guilty, his career is going to be in turmoil as NRL chief executive Todd Greenberg has said that no contract signed by Barba will be registered in future should he be found guilty.

“In relation to players who have received bans from one sport there is an etiquette agreement that you can’t then just go from rugby league to rugby union and play the next week,” Castle told Fox Sports Australia on Monday.

“I would expect that anything in relation to a situation like that, that would stand because when you’re talking about issues at that level we need to make sure the codes are supporting each other.”

Castle added that she is uncertain as to whether Barba would be able to resume his career overseas if he is found guilty.

She said: “I think it’s slightly more challenging across international boundaries when it’s across codes but that’s what we have in Australia,”

If you’re unfamiliar with Ben Barba, just watch this…

The 16-year-old currently plays Rugby League for the South Sydney Rabbitohs and is contracted to the side until 2021, but following a series of impressive displays Rugby Australia are set to enter a bidding war for his services.

Rennie was in Australia to fulfill media duties last week for the first time since being announced as head coach.

The current Glasgow Warriors head coach visited all four Super Rugby franchises during his trip, but it is understood that he also held talks with Suaalii following recommendation from Rugby Australia director of rugby Scott Johnson.

It is believed that he is the only player that is not a Wallaby already or Super Rugby player that Rennie visited for talks.

The NRL club are thought to be trying to upgrade and extend the youngsters contract already in order to fend off any approaches from Rugby Australia.

However, it is understood that Rennie and Rugby Australia are using the possibility of a spot in the Wallabies’ 2023 Rugby World Cup squad as a bonus to Suaalii if he were to sign with them according to reports.

The South Sydney Rabbitohs will be all too aware that last year Rugby Australia managed to pry away another Rugby League prospect in Suliasi Vunivalu who has agreed to sign the Reds come next season, showing the temptation to switch codes. 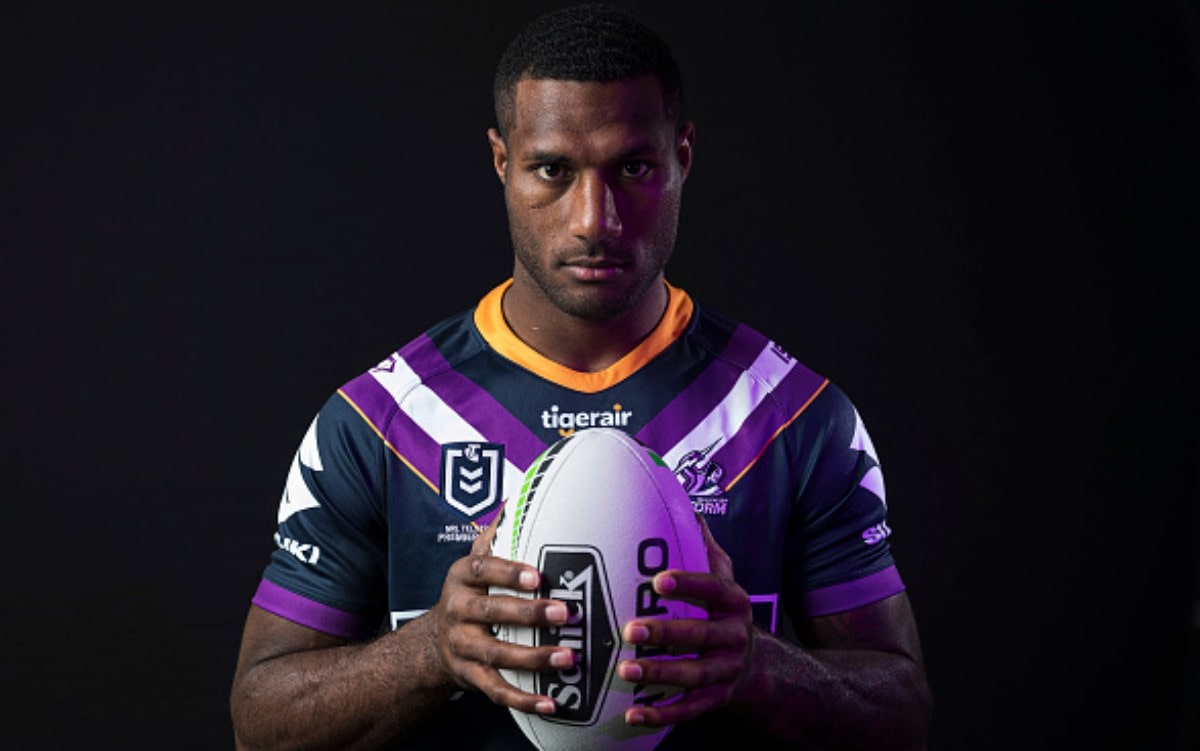 Rugby Australia and the Queensland Reds have announced the signing of Fijian NRL star Suliasi Vunivalu from Melbourne Storm.

The flying-winger has put pen to paper on a two-year deal which comes into effect in 2021, which will see him join the Reds in Super Rugby and switch back to Rugby Union.

Speaking on the massive coup Rugby Australia’s director of rugby Scott Johnson is delighted that Vunivalu has signed up and is looking forward to what he can bring to the table.

“This is a very good signing for Australian Rugby and the Reds. Suliasi was a standout schoolboy rugby player. He is an elite finisher with a lot of big-game experience for a young man and will have an immediate impact for the Reds in 2021 and put himself right in the frame for higher honours. He is one player we have been looking at very closely this year with the skillset we are looking for in the outside backs. He has been working in a great environment at the Storm and has chosen a future in rugby, so it is a great result for the game,” he said.

The 24-year-old has been playing for Storm since 2016, and played in consecutive Grand Finals between 2016 and 2018, scoring a record-breaking number of tries in his first two seasons and currently having 72 tries in 94 appearances for the club.

He will hope to add to that total over his final campaign with the club, while on the international stage he has 12 tries in only eight appearances for Fiji.

He also played in New Zealand when he was younger for the Auckland Blues, before making the move to Storm and league at 18.

It is a major boost for both the Super Rugby franchise and the Wallabies and if he can bring his league form to the union stage it could be something special.

England head coach Eddie Jones has been a part of some of the biggest teams in Rugby Union history, but it seems as though he might want to make a name for himself in Rugby League now according to reports

England head coach Eddie Jones is eyeing a coaching career in Rugby League at some point in the future according to a report in the New Zealand Herald.

Jones, who guided England to the Rugby World Cup final in Japan earlier this month, only to fall at the final hurdle 32-12 to South Africa, is apparently hoping to change codes, moving from union to league, and wants to take over the South Sydney Rabbitohs.

The Australian rugby league side are currently under the management of Wayne Bennent, former star in the sport. However, Jones would like to replace him in his position once his time in the role comes to an end the report claims.

“The noise around Eddie Jones had him in line for the Wallabies coaching job — but the truth is there is another gig that he really covets. NRL clubs take note, Jones would like a crack at rugby league at some point in his career. Even though he has one of the highest-profile and highest-paying positions in world rugby, there is a part of Jones that wants to test himself. As far as tests go, taking on an NRL job is a big one. From what I can gather, he has told mates that taking over from Wayne Bennett when he finishes at Souths appeals. He has a soft spot for the club. It’s doubtful the Rabbitohs would be aware of his ambitions because he has only shared his league thoughts with a select few,” the piece in the Herald reads.

Having been a part of international set-ups such as Australia, South Africa, Japan and now England it would be a huge call if he decided to move as it would see him leave one of the biggest jobs in union to shift to a less luxurious club-based job in league.

However, it is thought that Jones wants a new challenge and this could be it. His current contract with the English national side is set to expire come 2021, with many expecting him to be offered an extension following their World Cup campaign and lead them to the 2023 edition of the tournament, but this urge for a new challenge could make that a little more complicated.