The front rower has committed the next two years of his rugby career to the red and black after a hugely successful six years with the club, being part of 6 title winning squads in as many years.

Looking back on his Crusaders career so far, Jager said,

“I think I’ve become more mature as a player and a person. Growing with the team has been awesome. I’ve learnt a lot from some of the older guys, Sam Whitelock, Joe Moody, all those kind of guys who have been here since I started, also the guys who have gone. It’s been a big learning curve but I’m just excited to get back into it and help out some of the younger boys coming through as well.”

As a young kid growing up in Ireland, the thought of playing for the Crusaders seemed very out of reach,

“I grew up supporting Leinster but you always knew, after watching Super Rugby, the Crusaders were something special. To just have a chance to watch the Crusaders play live would have been something. The fact I’ve been able to come into the team and play for them – it’s something I can’t really describe, it’s more than a dream come true, it’s really something special and close to my heart. I love every time I step out on the field for them and these next couple of years is just an added cherry on top.” 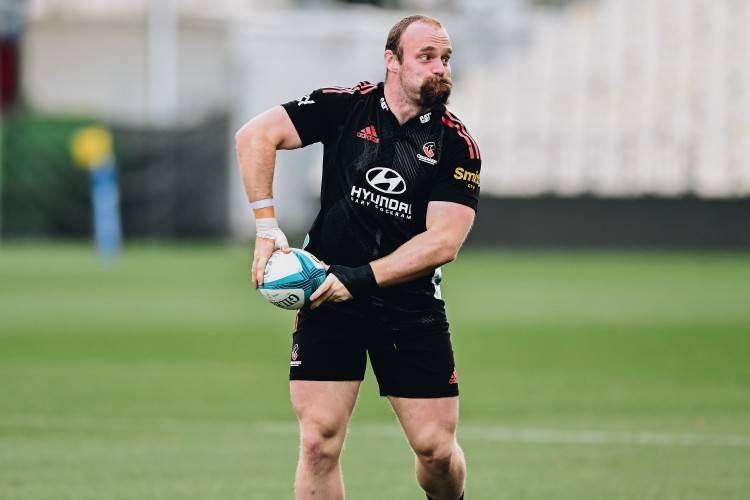 Jager made his way into the Crusaders squad in 2017 via the Crusaders International High Performance Unit after an impressive debut provincial season with Canterbury in 2016.

Head Coach Scott Robertson has been coaching Jager since his first season with Canterbury. Razor’s influence on Jager cannot be overstated, according to the prop,

“He gave me my debut for Canterbury and Crusaders, there’s a lot of admiration towards him. He’s a great guy, a great coach and I’ve been really lucky to have him as my head coach for so long so I’m looking forward to doing it all again.”

A few new faces in the coaching group for the upcoming season brings excitement for Jager,

“It’s really exciting to see who’s coming in and what they’re going to do, the boys will get around them, we always back our players and coaches and trust each other, so whoever is coming in it’s going to be really exciting to see what kind of dynamic they bring, how they fit into the team and as long as we all want to come out and play footy and go well on the pitch then we’ll all get along.”

Jager’s adopted home of Christchurch is a place he has grown to love throughout his time here,

“I love the city, it’s a home away from home. Thanks to all the fans, the people I’ve met at my club, everything to do with rugby in Christchurch has made my time here really special and long may it continue.”

Jager will join the Crusaders during pre-season after Canterbury’s NPC season finishes.

Related Topics:CrusadersFeaturedIrelandLeinsterRugbySuper Rugby
Up Next

BLUES PRE-SEASON FIXTURES TO BE MOVED