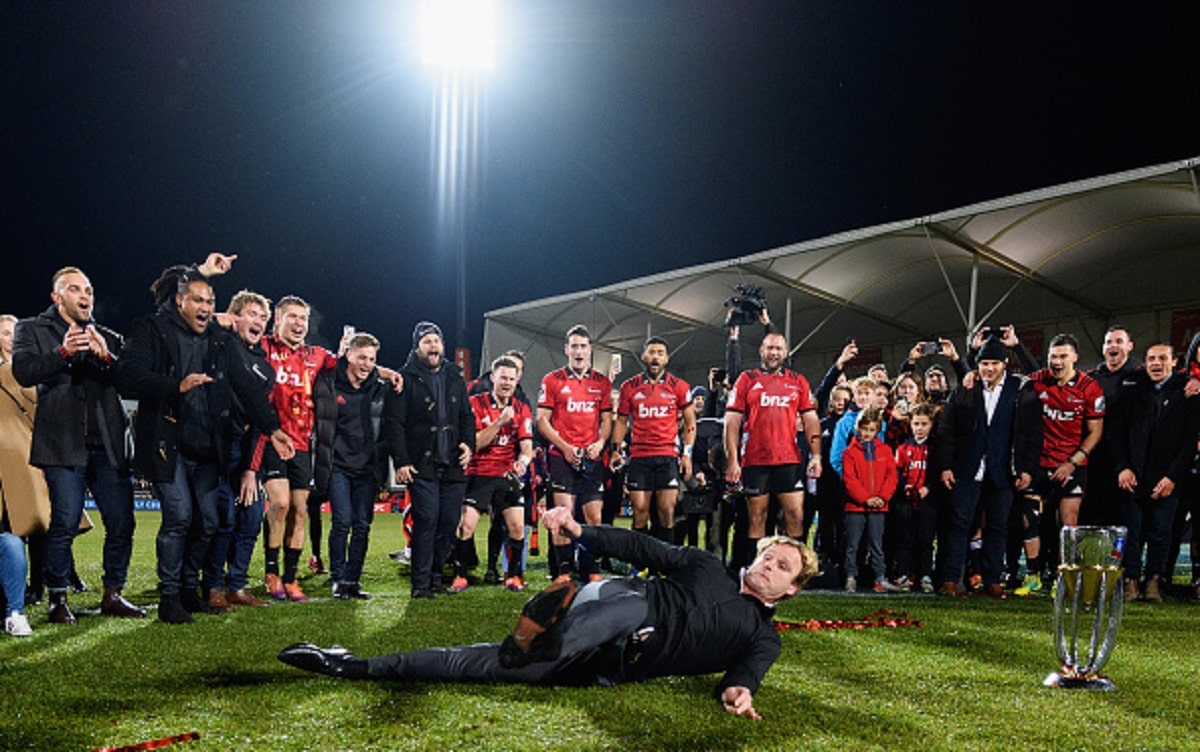 Former Crusaders forward Jordan Taufua believes that head coach Scott Robertson could be in line for a future job with the All Blacks but thinks time abroad would help him get there.

Taufua, who left the Crusaders for English Premiership side Leicester Tigers last year, but was under Robertson’s watch from 2017 to 2019, during which time the franchise won three Super Rugby tournaments on the bounce.

Those three wins meant that by the time Robertson applied to become Steve Hansen’s successor at the All Blacks the Crusaders coach had won eight domestic titles in just nine seasons as a coach and assistant coach.

However, it is thought that one of the reasons that Ian Foster was chosen ahead of Robertson was due to the latters inexperience and Taufua thinks that a move to Europe would help Robertson if he applied for the job again in the future.

“Razor’s accomplished a lot in Super Rugby so if he did come here, he’d definitely make a difference. With his personality and energy and good views on the game, he would bring something a bit different and that could benefit him in the future. New Zealand have been the best team in the world for such a long time and it’s the hardest job to get. Scott had a good chance and that’s not to say he won’t be there in the future, but a stint in Europe might help him,” he said to Rugby Paper.

It is clear that Robertson is a wanted man across the world of rugby and at 45 he is still a young coach. There is no doubt that he will have a chance to apply for the New Zealand job once again in the future if he continues to be so successful, but Taufua’s suggestion is one that could bring about a different result if he applies again.

Savea Confirms his Favourite Between Super Rugby and Top 14