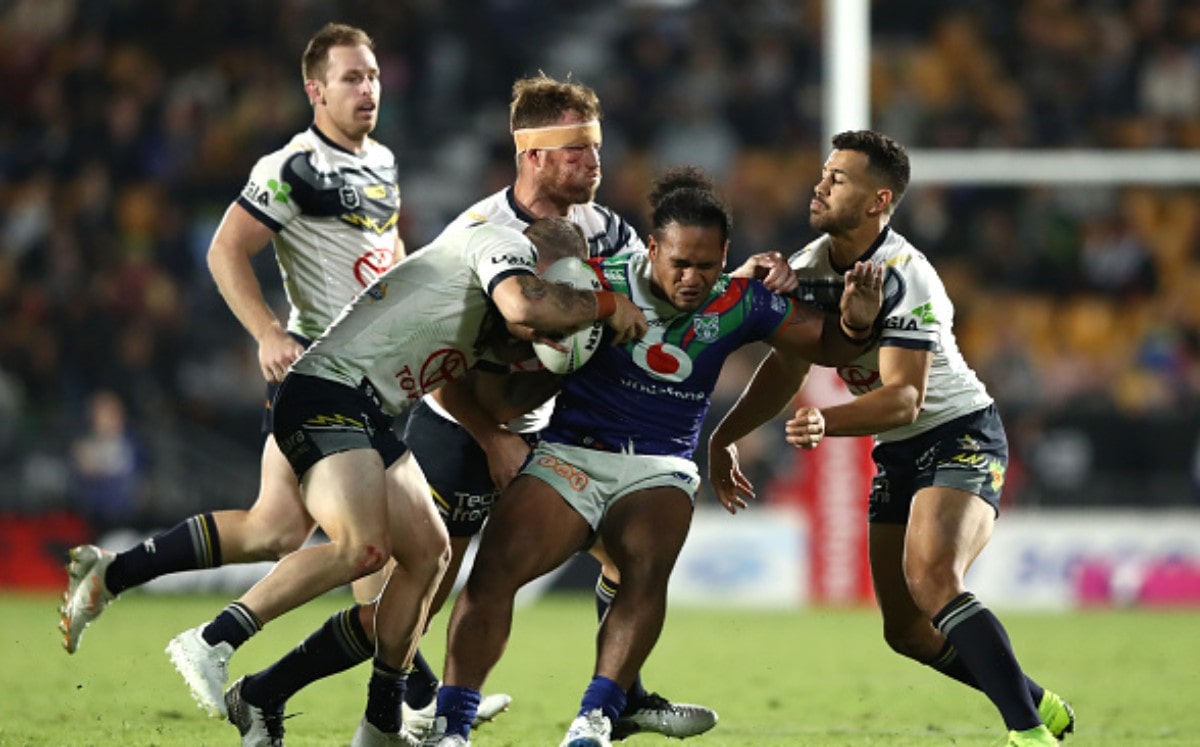 Australian Super Rugby franchise the Brumbies have confirmed the signing of rugby league star Solomone Kata from Melbourne Storm ahead of 2020 season.

The 24-year-old is a five-time capped Tonga and six-time capped New Zealand international and has put pen to paper on a three deal with Canberra-based side which starts next year.

Brumbies head coach Dan McKellar is delighted to have the utility back join the franchise as he adds further depth to the squad.

“He is a point of difference player with a physical profile to add to our squad. He is a very powerful and dynamic footballer who has the ability to stress any defensive line. At this stage, we see him as a utility back and we will be open-minded about the position he plays,” he said.

While the player himself, who has played league for the New Zealand Warriors as well as Melbourne Storm is excited to start this new chapter in his career.

“I have heard very good things about the Brumbies and how they have developed their players … I can’t wait to get to Canberra to start my professional rugby union career,” he said.

The back had a fantastic record with the Warriors side scoring 45 tries in only 93 matches, but failed to appear for Melbourne Storm. However, Brumbies fans will certainly be excited about having a new player with a lot of potential.

Leicester Tigers will welcome World Cup-winning fly-half Handré Pollard to the club ahead of the 2022/23 season.

The South Africa international will make the move to Leicester from French club Montpellier.

The 27-year-old has been capped on 60 occasions by the Springboks since making his Test debut against Scotland in 2014 while still a member of the South Africa Under-20s squad.

Pollard played youth rugby for Western Province, in Cape Town, while attending Paarl Gimnasium School and was selected for South Africa Schoolboys in 2012.

That same year, Pollard was selected for the Junior Springboks as an 18-year-old and remained in the squad for three successive seasons, captaining the age-grade national side in his final year.

In 2013, Pollard moved to the University of Pretoria and represented UP Tuks while also making his provincial debut for the Blue Bulls in South Africa’s Currie Cup competition.

His Super Rugby debut followed in 2014 for the Bulls, who he would represent for the next five seasons, as well as a lone campaign for Japanese club NTT DoCoMo Red Hurricanes in 2015/16.

An accomplished goal-kicker, he has registered more than 600 points for the Springboks at an average of more than 10 points per Test.

He represented the Barbarians in 2018 and recently shared in South Africa’s series win over the British & Irish Lions.

Speaking about the addition of Pollard to the Leicester Tigers squad for next season, Head Coach Steve Borthwick said: “Handré is a world-class fly-half who brings with him a wealth of experience from Super Rugby, Top14 and international rugby.

“He is a World Cup winner who has been highly sought-after from clubs all over the globe. But, most pleasingly, he sees Leicester Tigers as the club for him.

“What has impressed me most in our dealings with him has been his desire to be a part of what we are building at this club but also his desire to develop, learn and grow as a player and person.

“This is a very exciting signing for the club and one I hope Leicester Tigers fans are excited about.”

“The club is going brilliantly at the moment and I know there is an expectation to continue that, to keep getting better because getting to the top is hard but staying there is even harder.

“There are bigger deals on the table, but I’ve made this decision to work with Steve [Borthwick] and to be a part of an unreal, great club at Leicester Tigers which has such a great history,” he added.

The Springboks fly-half also spoke of his excitement ahead of playing at Mattioli Woods Welford Road.

“I don’t know the whole history of Leicester Tigers, but this is a club that is so well renowned worldwide,” he said.

“Everybody I have spoken to about playing there, for Tigers or an away team, say it’s the one stadium that is on another level.”

Pollard will link up with his new Leicester Tigers team-mates at the conclusion of international commitments ahead of the 2022/23 season. 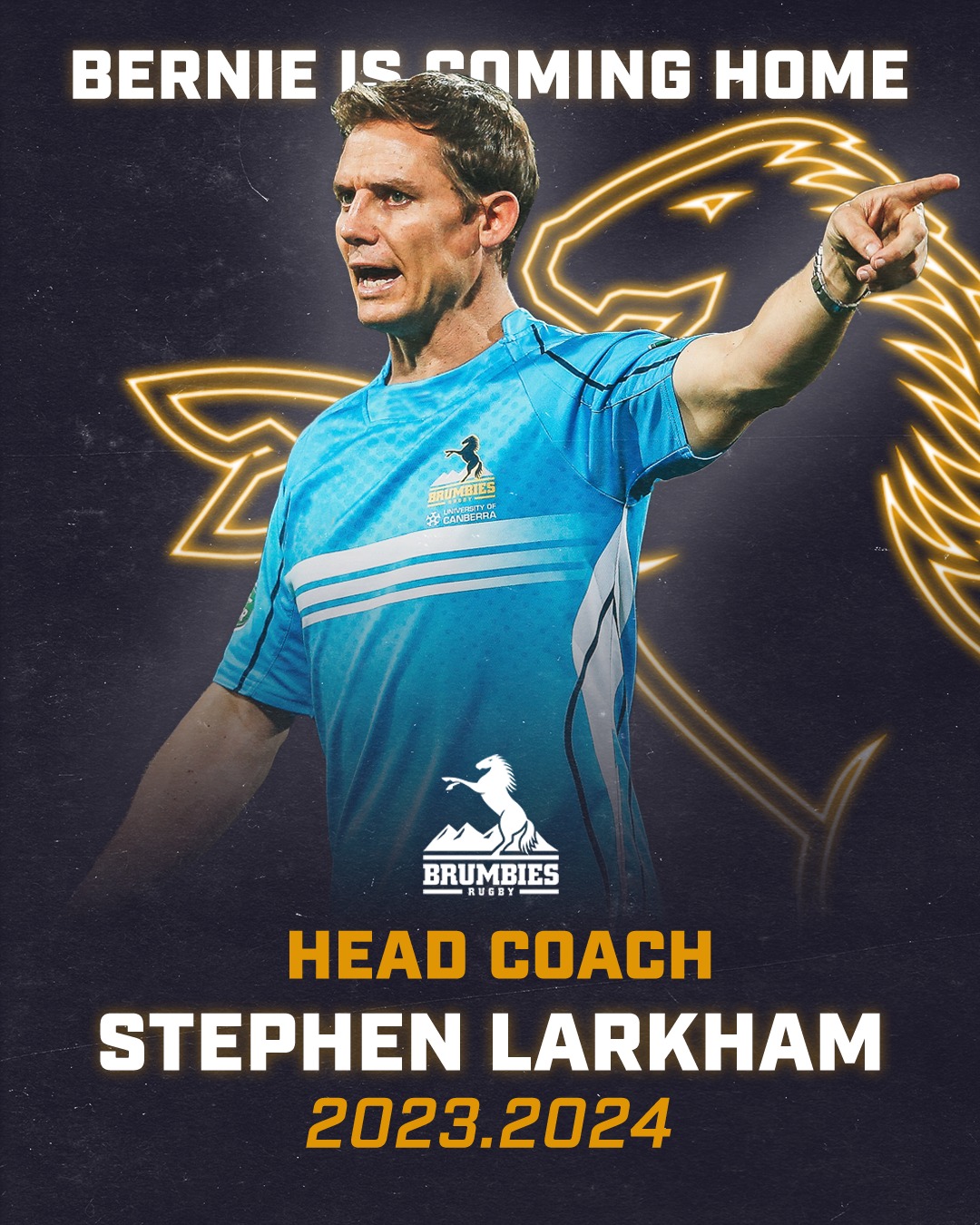 Brumbies legend Stephen Larkham will return to the club as head coach for the 2023 and 2024 Super Rugby Pacific seasons.

Larkham began his first stint as head coach in 2014 alongside current assistant coach Laurie Fisher, becoming head coach in 2015 before departing after the 2017 season to take up a full-time role with the Wallabies.

The Rugby World Cup winner will continue in his coaching role at Munster in Ireland for the remainder of their season and will return to the Brumbies in July with Dan McKellar joining the Wallabies full-time at the end of the 2022 season.

Brumby 13, Stephen Larkham said: “It’s exciting to know I’ll be returning home to the Brumbies and to Canberra with my family after finishing up my time in Ireland.”

“Playing for the Brumbies as a Canberra local was obviously a special time in my life and the club were very supportive in my transition into coaching so I want to thank Phil (Thomson, CEO) and the Brumbies board for giving me this opportunity to come back and represent the club again as head coach.

“I’ve developed and learnt a lot both as a person and as a coach in these past couple of years, and I’m looking forward to bringing that experience back to the Brumbies to ensure their continued success.

“Moving forward for this season, I’ll be supporting the Brumbies as always from here in Ireland but my only focus now is on finishing off my time with Munster on a high.”

Brumbies CEO, Phil Thomson said: “This is a very good appointment for the Brumbies, and we’re delighted to be able to bring Stephen home to the club which he has served so well as a player and as a coach.”

“Stephen has been integral in the Brumbies history and while it will be difficult to replace Dan, having Stephen re-join to continue on his exceptional work over these past four seasons, five at the end of 2022, is fantastic for the team and the club.

“Through the recruitment process, Stephen proved to be the strongest candidate, and his appointment gives us an opportunity to continue the progress we have made on the field, and what we can add to that in 2022.

“Making this appointment now puts us in a position where we have certainty for the players, and it is also important that we have continuity and stability for our existing staff and the organisation moving forward.

“With this process now completed, the team and organisation can now fully focus on the 2022 Super Rugby Pacific season.”