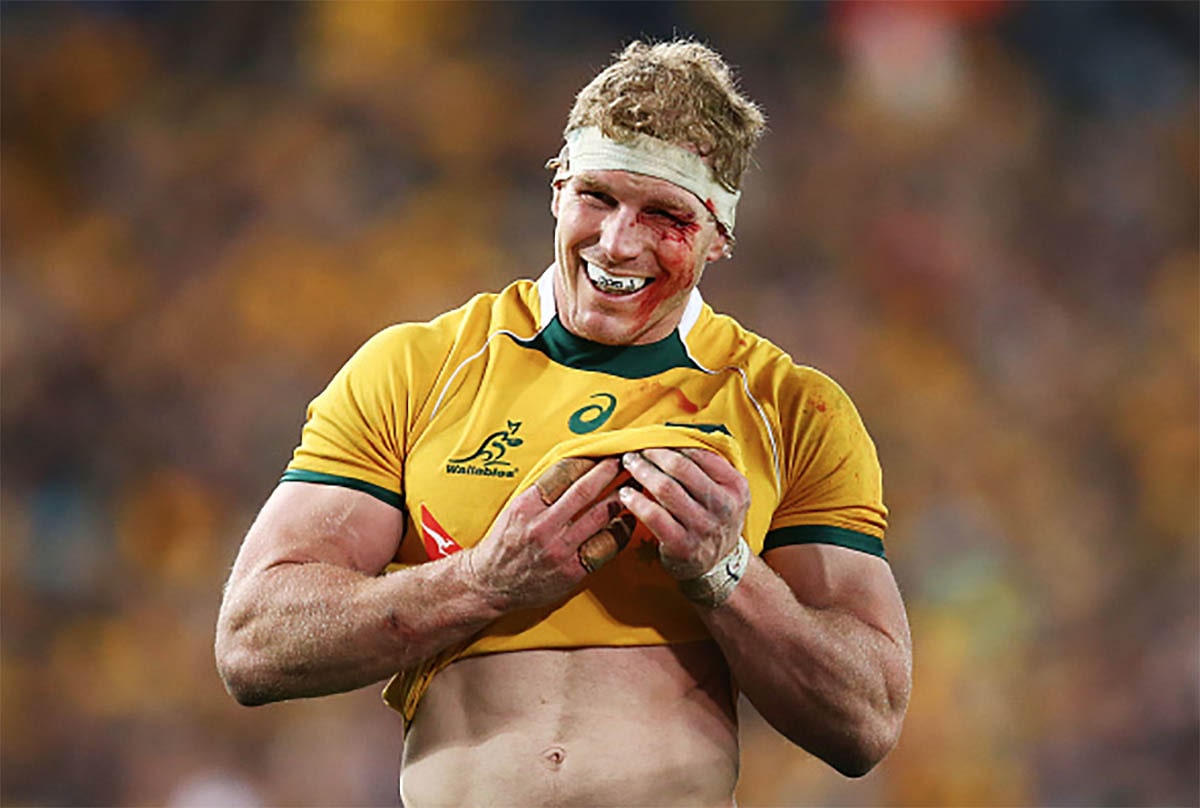 Australian star David Pocock may not play for the Brumbies again this season and may not appear in the Super Rugby again.

Brumbies coach Dan McKellar has had to leave Pocock out of his squad for this Friday’s match against the Bulls and has admitted that he may not feature again this season.

Pocock hasn’t played in 10 weeks since sustaining a calf injury and McKellar has confirmed that the Australian and Brumbies medical staff will decide what to do with the flanker in the next couple of weeks.

With that in mind and with Pocock’s contract due to expire at the end of the Super Rugby season, it is expected that he will sign for an overseas team which means he may not feature in the competition again.

The 31-year-old would be a huge loss for the Brumbies, however, the team has performed well without him and are in control of their own destiny in the Australian conference.

The return of Wallabies lock Rory Arnold and back-rower Lachlan McCaffery will be a big boost to the side while Pocock’s future is decided.


“I am really excited about moving to Jersey and joining The Reds’ coaching team. It’s a great opportunity for me and my family as I set out on the next phase of my career. It is an exciting squad that Harvey and the guys are putting together and I look forward to contributing to helping the lads push on. I’d like to thank Harvey and (Reds Chairman) Mark Morgan for giving me the opportunity,” he said on the move.


‘We’ve spoken to some very high-quality individuals about the role, but Rob stood out and I’ve had a lot of positive endorsements from people I respect. He knows the game and is very articulate and I believe his character will really transmit itself to the others he’ll be working with. There’s a lot of excitement about Rob’s arrival and it will be great to have him working in harness with (Assistant Coach) Ed Robinson – two really promising young English coaches,” he said.


During a career spanning 17 years, he has represented Leeds Tykes, Wasps, Bath and Sale  as well as England which has seen him compete and be successful in European and domestic competition as well as playing in the 2015 Rugby World Cup.


Both are in the final year of their current contract with Sarries and having forged their names at the club they have gone on to become two of England’s key men.


As well as possibly not being attracted to facing weaker opponents on a weekly basis the brothers will be aware that they will need to put their best foot forward at the highest level next year in order to make it into the British and Irish Lions squad for their tour of South Africa.


They wouldn’t be the first Englishmen to head down south in recent times with fellow England international Joe Marchant on the books at the Blues this year.


It would be a massive coup for the competition if they chose to head to Super Rugby, with fears that interest is lowering lately due to the number of key southern hemisphere players heading elsewhere for more luxurious contracts, but we will have to wait and see what develops over the coming months.