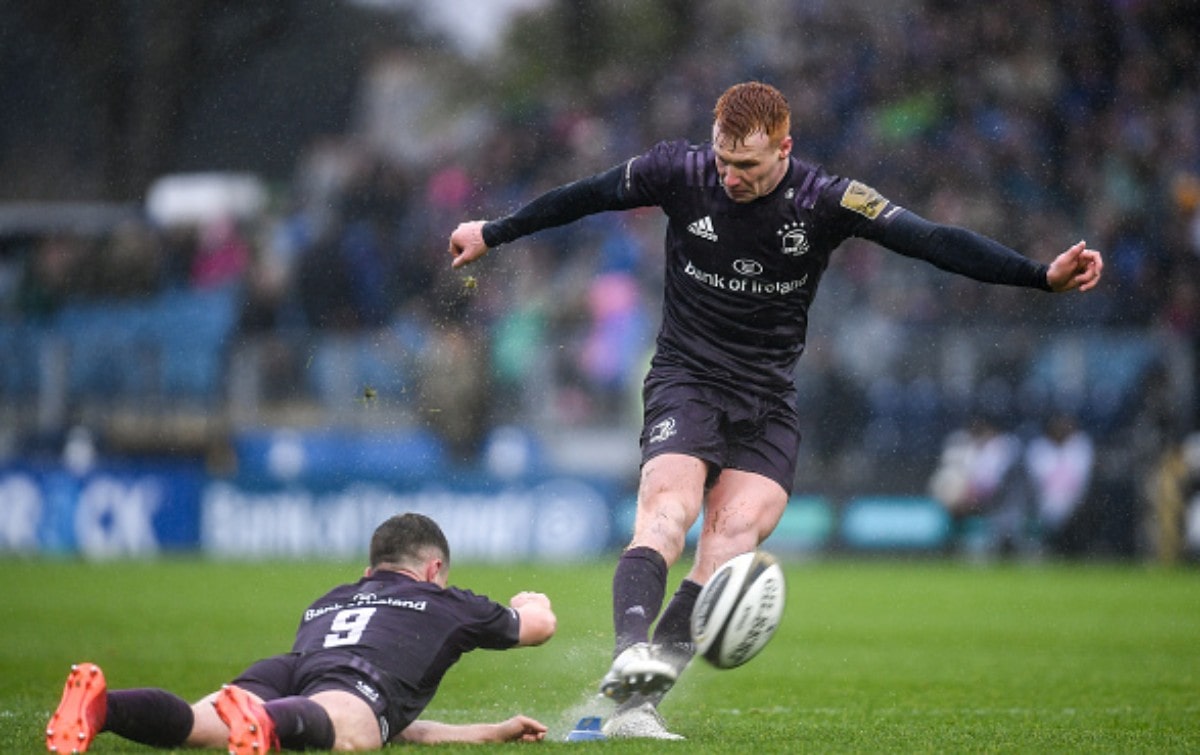 Leinster have made it 11 wins on the bounce in the PRO14 this season with a comfortable 36-12 victory over the Cheetahs in the RDS this afternoon.

Two tries from Will Connors and further five-pointers from Michael Bent, Ronan Kelleher and Rhys Ruddock saw Leinster wrap up yet another bonus-point win to extend their lead at the top of Conference A.

The game was hindered by the horrendous conditions with the rain pelting down in the RDS and caused a scrappy opening, with Leinster dominating but unable to take advantage on the scoreboard.

However, the home side eventually got the breakthrough just after the 20 minute mark as Connors powered over from close range as the Cheetahs gave away several penalty advantages. Ciaran Frawley knocked over the conversion to make it 7-0.

Leinster continued to play the better of the two and with the Cheetahs under pressure and conceding several penalties the away side went down to 14-men as Charles Marias was sent to the bin for a no-arms tackle.

Frawley slotted over the resulting penalty to stretch the host’s lead.

With four minutes left in the half Leinster took the most of their man advantage and got their second try of the game as Bent barrelled over the line after a few phases within the opposition 22. Frawley was perfect with the kick again to make it 17-0.

They weren’t done there as they punished the Cheetahs indiscipline by barging over from a line-out maul through Kelleher with the clock in red. Frawley couldn’t convert this time around but it left them 22-0 up come the half-time whistle.

It took the conference toppers only four minutes of the second-half to secure the bonus-point with another close-range score from Ruddock after a brilliant break through the Cheetahs defence by Luke McGrath. Frawley pushed them further ahead with from the kicking tee to make it 29-0.

With just under half an hour remaining Leinster were over for try number five as Connors got in for his second of the match from another line-out maul which he tore away from to dart across the line. Frawley notched over another two-points with the kick.

Over the next ten minutes the Cheetahs camped in the Leinster 22 and won several penalties leading to Leinster’s Sean Cronin being sent to the sin-bin.

The away side failed time and time again to make their territory count, but eventually they scored their try through Luan de Bruin, who dotted down on the line. Ruan Pienaar kicked the extras to get them onto the scoreboard.

Leinster started to dominate once again and as Cronin returned to play the Cheetahs lost a man of their own as Benhard Janse van Rensburg was shown a yellow-card for a reckless challenge.

The Cheetahs managed to get their second try of the game in the final minute, but the conversion was missed leaving the final score at 36-12.

The win makes it 17-wins in a row for the Irish province so far this season across all competitions and extends their lead at the top of Conference A, while the Cheetahs remain in third. Next up for Leinster is a visit to the Ospreys next Friday as they will look to maintain their 100% record, with the Cheetahs heading to Ulster the following day.