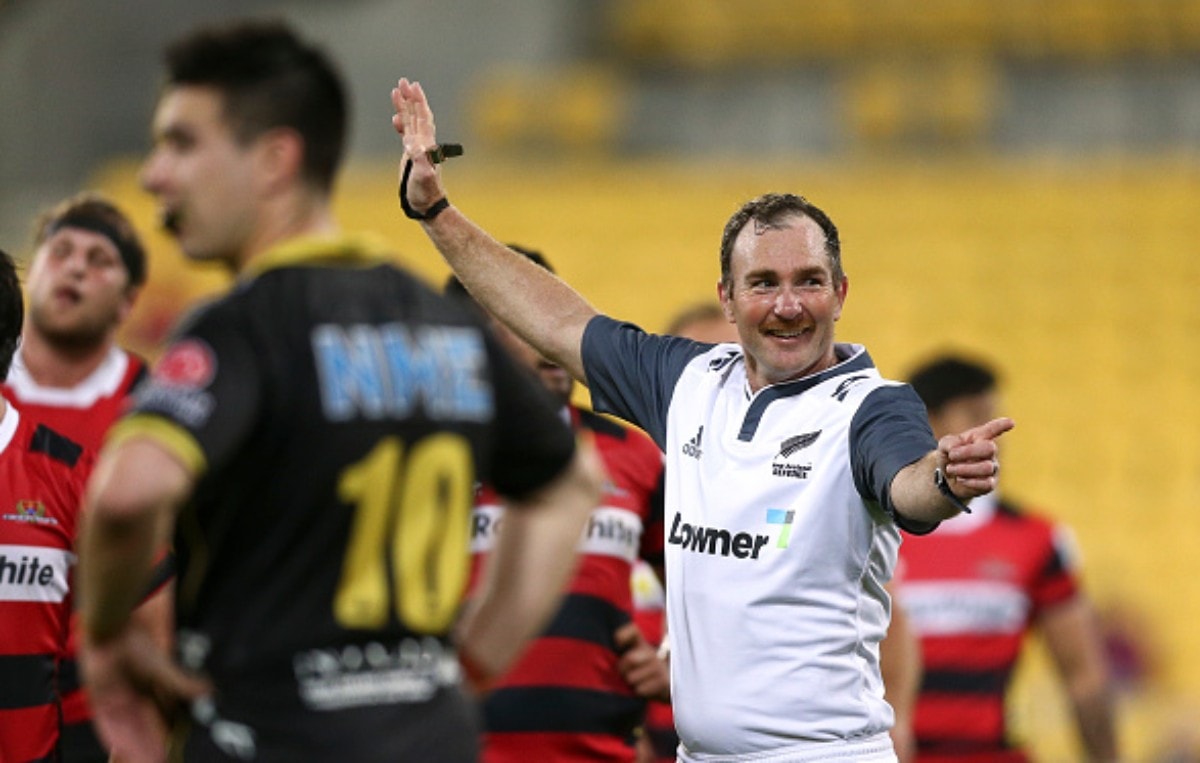 Referee Glen Jackson has confirmed that he has decided to call time on his professional refereeing career.

Jackson, who was a former Maori All Black during his playing days will continue to support the New Zealand refereeing group up until March, but hopes to continue his journey in rugby in a different role.

“I feel extremely privileged to have worked as a professional referee for New Zealand Rugby over the last 10 years but I feel the time is right to finish and move onto something different but hopefully still be involved with rugby. I would like to thank Lyndon Bray and Bryce Lawrence for everything they have done for me and their support in making this decision. I think New Zealand refereeing is in a positive space with great leaders and fantastic young referees who I will miss working with,” he said.

As a referee Jackson started in 2010 and quickly rose through the ranks going on to take charge of his first Super Rugby game in 2011 and his first test match the following year.

In total he has taken charge of almost 200 matches in the past ten years including 32 international test games.

That time on the pitch followed his time as a player, and between the two he has been involved on either side of the whistle for 25 years.

He made his name as a player at Super Rugby side the Chiefs before heading to England where he starred for Saracens, making 159 appearances.

During his refereeing career he was named New Zealand Referee of the Year on five occasions and became the first New Zealander to play and referee 100 matches.

Hopefully he can remain in the game in some capacity and be as successful as he has been in the past at whatever he does in the future. 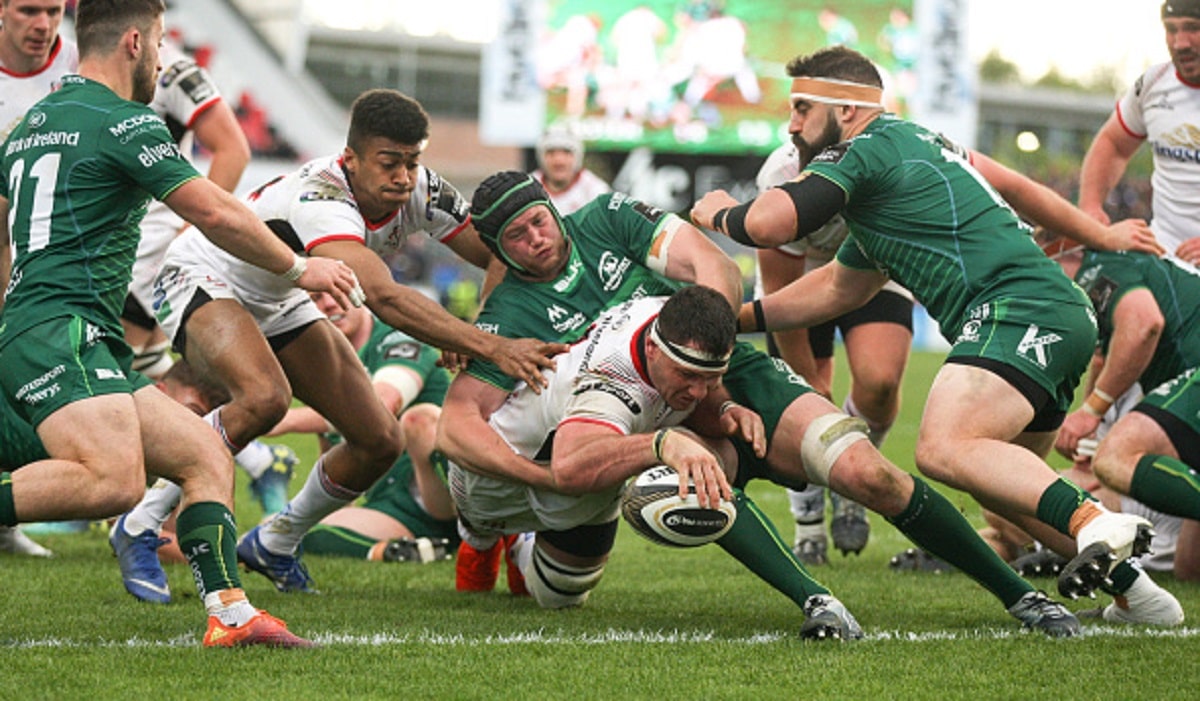 Connacht have been boosted on the injury front but still have less than 30 players to pick from for their game with Leinster at the RDS this Saturday according to head coach Andy Friend.

With Irish duo Bundee Aki and Jack Carty currently on a two-week mandatory lay-off, as well as three players undergoing the return to play protocols for HIA’s and 12 further squad members injured Friend has admitted that they haven’t even been able to put 30 men through training this week.

“We had 28 today but that was with four academy boys and two other fellas who we have got here training. We are skinny. It’s not ideal but when we travelled to South Africa we travelled with 26 players. Whenever we are under 30 I just say ‘imagine we’re in South Africa’, because we had two wins over there against the Kings and Cheetahs,” he said while speaking to the42.

However, there is a possibility that prop Paddy McAllister may be involved after his citing for a dangerous tackle during last weekend’s loss to Ulster was dismissed.

He is currently under return to play procedure for a head injury, but if he comes through he should be able to play and speaking on the decision to dismiss his citing Friend believes it is not only good for Connacht but for the sport.

“I think it’s brilliant news. I think it’s great for Paddy and for Connacht, but I think it’s actually good for rugby. I totally get that we need to protect the player, but we play a collision sport where accidents do happen. You can’t have two big guys running into each other, trying to hit each other with their heads. There is no future in that. But sometimes you get collisions when that just happens,” he added.

He went on to defend McAllister and claimed that the player himself was upset over the possibility of people thinking that he had deliberately fouled Marcell Coetzee.

“I know Paddy was really remorseful for what happened and I know he spoke to Marcell post-game. He was disappointed that people were thinking that it was a deliberate act because that’s not Paddy McAllister. He’s a hell of a man, a gentleman in his own right. He is not a foul player. He was gutted that people were thinking that was deliberate. But there was a lot of work behind the scenes put in on his behalf,” he finished up.

Friend will be hoping that McAllister will be available for selection come Saturday as his team take on the current PRO14 Conference A leaders, who have been in rampant form so far this season and can produce results even with a weakened team as they proved last weekend away to Munster.

Four All Blacks Tussle for Player of the Decade Crown

Four All Black stars make up the semi-final spots of World Rugby’s fans player of the decade vote.

There are two fly-halves and two back-rowers with Dan Carter and Beauden Barrett battling for a final spot, while former captains Richie McCaw and Kieran Read contest the other semi-final.

The vote has been taking place with a total of 16 players nominated by World Rugby as they split it into eight forwards and eight backs to compete on either side of a table.

All Blacks leading points scorer and the top points scorer in test rugby history with 1598 points, Carter, is arguably the greatest player of all-time and saw off Owen Farrell in the quarter-final stage despite not playing as much rugby this decade.

Carter boasts an impressive record however over the past decade with two Rugby World Cups to his name as well as making 112 appearances for the All Blacks, winning two World Rugby Player of the Year awards and impressing at club-level too.

He faces Barrett in the last-four, who is the star of the current All Blacks team, also has two Player of the Year awards to his name, along with a World Cup winners medal and playing well in Super Rugby.

He saw off All Blacks centre Ma’a Nonu in the last-eight and will fancy his chances in the battle of the 10’s having played for longer in the decade and continuing to be a top-class fly-half.

On the other side of the draw McCaw and Read came out of quarter-finals against Italian legend Sergio Parisse and Wallabies great David Pocock respectively.

Between the two they have 276 international caps with McCaw holding the test-cap record with his 148. The pair both have two World Cup medals to their name, while Read also has also been a part of the Crusaders team that has won three Super Rugby titles on the bounce.

Some will point out that like Carter, McCaw retired from international rugby in 2015 whereas the others played on, which you could argue makes them stronger candidates for this decade.

It will be interesting to see who comes out on top, but one thing is certain, an All Black will be named fans’ Player of the Decade.