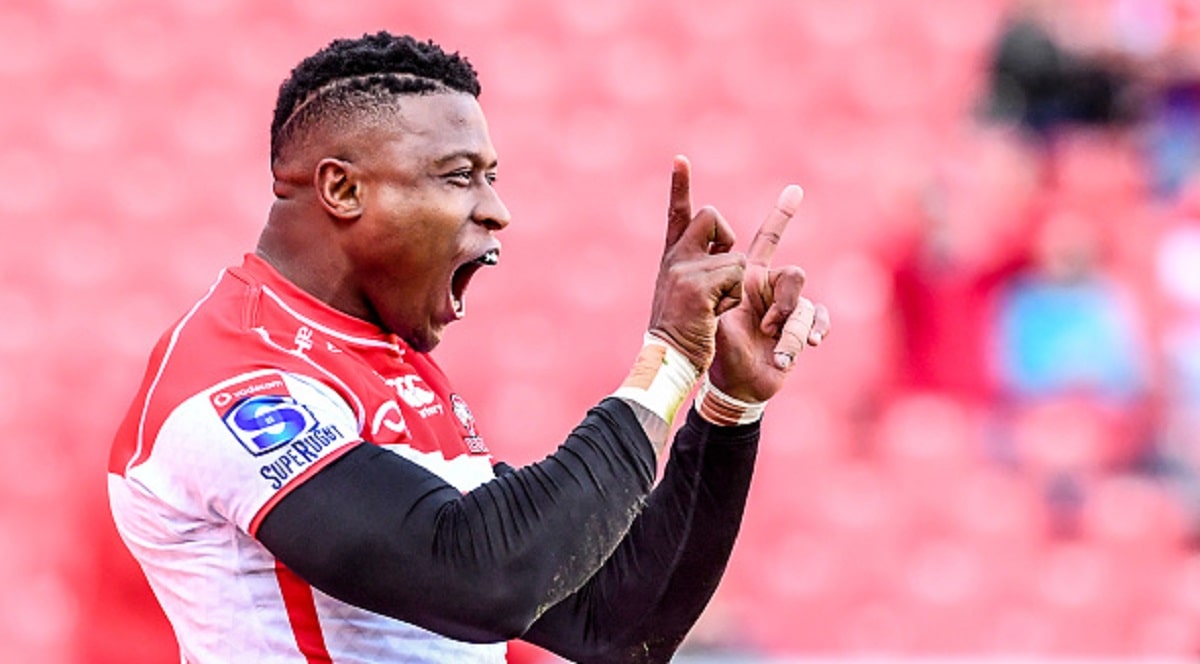 Springboks winger Aphiwe Dyantyi has failed in his B-sample doping test after prohibited substances were found his A-sample previously.

The 25-year-old has been formally charged with having multiple anabolic steroids and metabolites in both samples that were provided to the South African Institute of Drug-Free Sport (SAIDS).

SAIDS have now informed SA Rugby and Dyantyi’s Super Rugby franchise the Lions of the situation as they now decide what to do.

“SA Rugby, the Lions Rugby Company and Dyantyi are working with SAIDS, the World Anti-Doping Agency (WADA) and all other relevant authorities on the matter and no further comment can be made at this stage,” a statement read.

Last weekend the Lions player issued his own statement in which he plead his innocence before his B-sample was tested.

“I want to deny ever taking any prohibited substance, intentionally or negligently, to enhance my performance on the field. I believe in hard work and fair play. I have never cheated and never will. The presence of this prohibited substance in my body has come as a massive shock to me and together with my management team and experts appointed by them, we are doing everything we can to get to the source of this and to prove my innocence,” he added.

He went on to say that he would never have taken any substances and that the next sample would prove that he hadn’t.

“As a professional sportsman on the national and international level, we get tested on a regular basis. I have been tested before and again since this test. It is part of the job and we all know that each and every player is bound to get tested at least two to four times a year. Taking any prohibited substance would not only be irresponsible and something that I would never intentionally do. It would also be senseless and stupid. I underwent a drug test on June 15 (only two weeks prior to the July 2 test) which did not return any adverse finding,” he added.

Dyantyi is now facing the prospect of a four-year ban from rugby after being capped by the Springboks 13 times, however, failing to make the Rugby World Cup squad. He will have his chance prove his innocence, but he will need a seriously could case behind him to reverse the decision.

Ireland Hold Off Wales in Cardiff

Ireland Could Knock Wales Off No 1 Spot