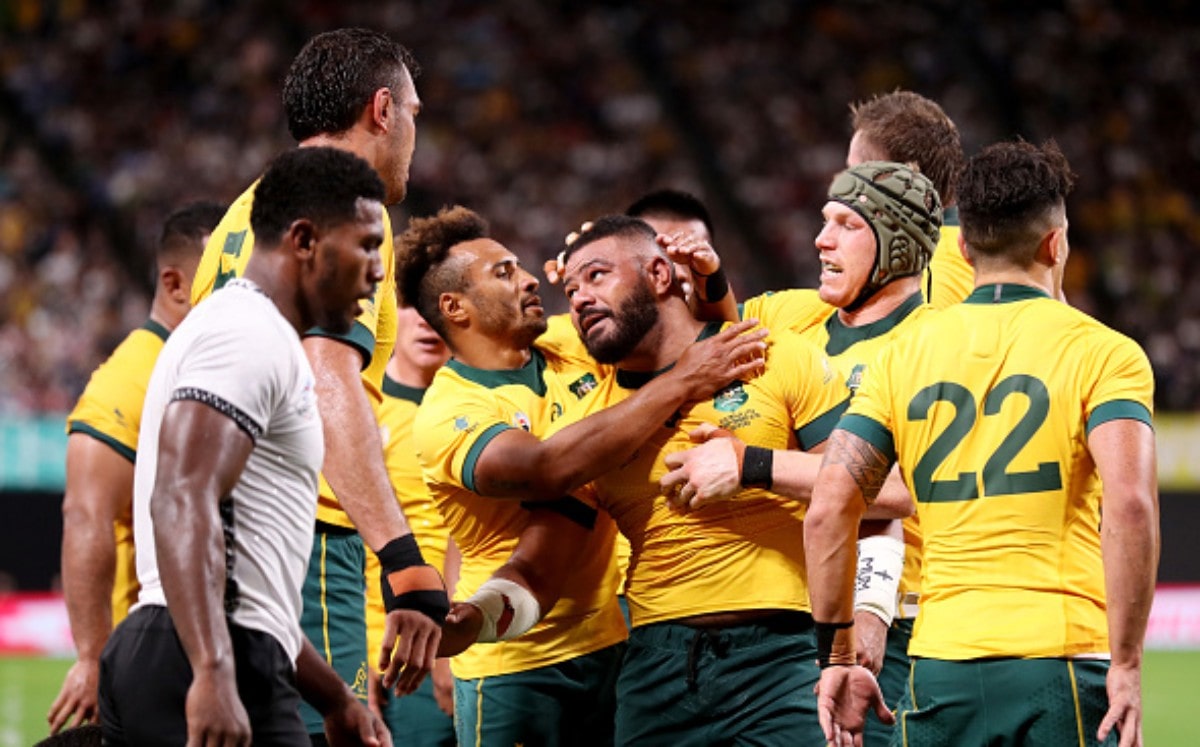 Wallabies head coach Michael Cheika has made a total of 13 changes to his starting XV for his side’s Rugby World Cup match with Uruguay on Saturday.

The changes come after Australia put in a massive shift against Wales during last Sunday’s 29-25 loss, with Cheika hoping the fresh legs will help edge his team a step closer to the quarter-finals.

Among the changes is a test debut for 19-year-old winger Jordan Petaia, who has been waiting to make an appearance for a while now, only to be hampered by a number of injuries.

Alongside the debutant is a host of experience with a total of nearly 1200 caps among the 23-man squad, with last weekend’s star Matt To’omua set to make his 50th appearance in green and gold.

The only survivors from that loss are captain Michael Hooper and back Dane Haylett-Petty, who moves from full-back to the right-wing.

That means that it’s James Slipper, Folau Fainga’a and Allan Alaalatoa in the front-row, with Rob Simmons and Adam Coleman behind them in the engine-room.

Lukahan Salakaia-Loto comes in at blindside-flanker, with Hooper on the openside and Jack Dempsey completes the pack from No 8.

Nic White and Christian Lealiifano link-up in the half-backs, with To’omua at inside-centre and Tevita Kuridrani at outside-centre.

Petaia is on the left-wing, with Haylett-Petty on the right and veteran Kurtley Beale comes back into the side at full-back.

There is an incredible amount of experience on the bench with Cheika having the likes of Sekope Kepu, David Pocock, Will Genia and Adam Ashley-Cooper to call upon.

Uruguay will be hoping they will not have a repeat from the last time these two met at the World Cup in 2015, when Australia thumped them 65-3, and will be hoping they can bring some of the spirit that saw them overcome Fiji last week. However, the Wallabies will be desperate to get their World Cup bid back on track with a big win against the minnows.