Connect with us
(Photo By Brendan Moran/Sportsfile via Getty Images)

There are two uncapped players included in the Ireland match day squad for the opening game of the Guinness Series against Italy on Saturday.

Munster’s Jean Kleyn will make his Ireland debut in the second row alongside Devin Toner in a new look Ireland side captained by Rhys Ruddock.

Ruddock is joined in the back row by Jordi Murphy and Tommy O’Donnell, who won the last of his 12 caps against Scotland in 2016.

Jack McGrath, Rob Herring and Andrew Porter are named in the front row.

Luke McGrath and Joey Carbery fill the half back positions with Chris Farrell and Garry Ringrose named in the centre.

Jordan Larmour is at fullback with Andrew Conway and David Kearney on the wings.

The match will be live on RTE and Channel 4. 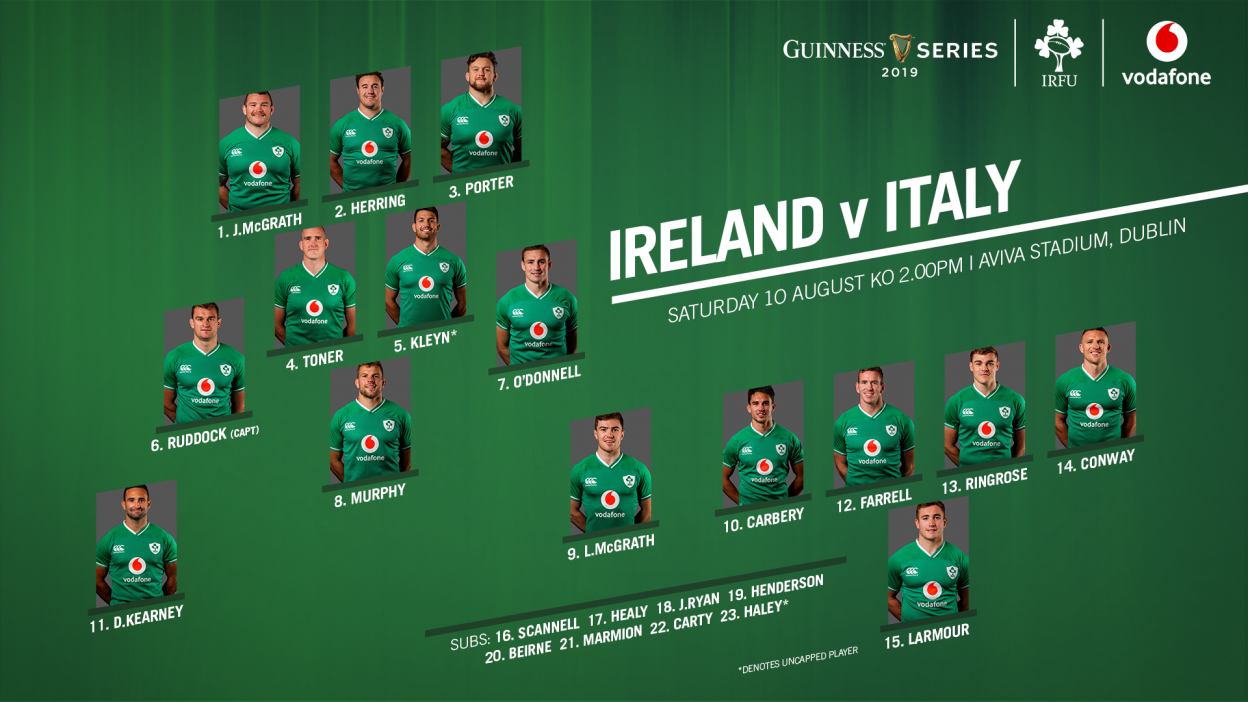 Injury Update with Compeed ahead of Harlequins