So the Irish Media Team have combined the two to give us these masterpieces.

Check out all the Irish Rugby Gifs (so far) for the Rugby World Cup!

All Blacks Rookie Out of World Cup 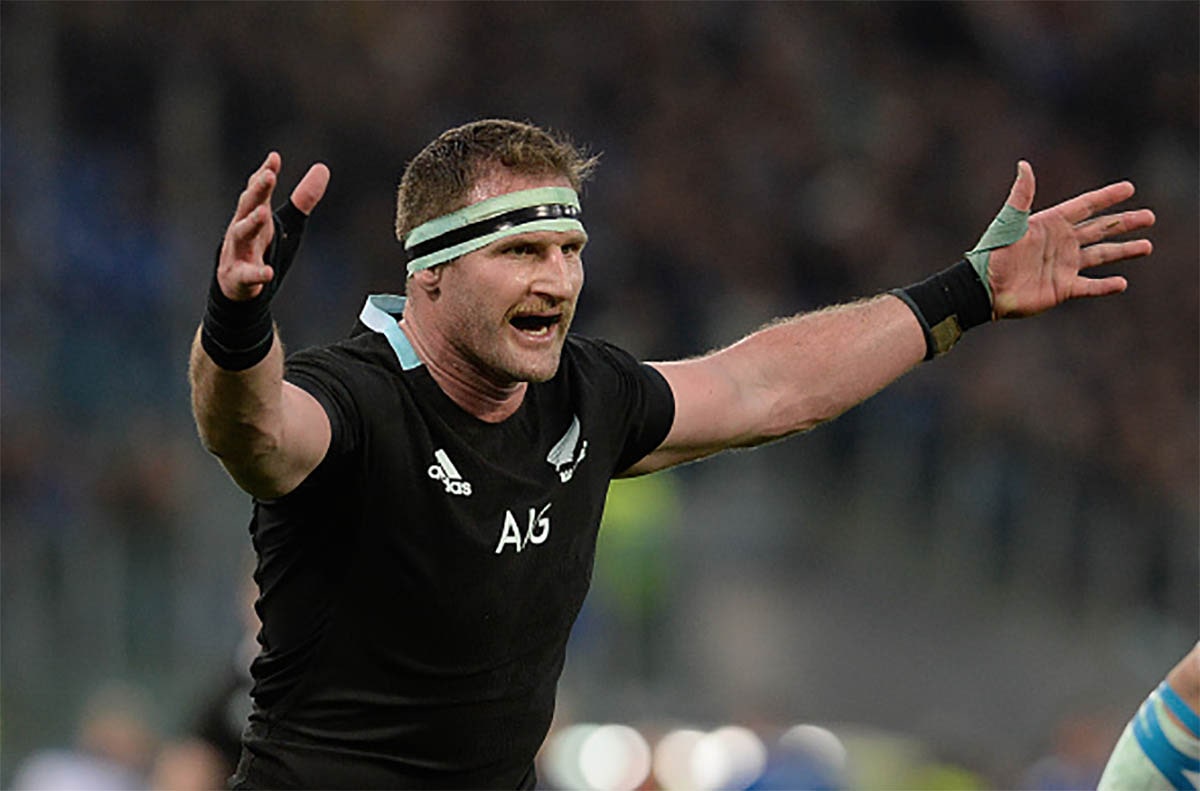 Former All Blacks captain Kieran Read has admitted he was injured leading up to his side’s Rugby World Cup semi-final against England, but played anyway.

The 128-cap international retired from test-level rugby following the tournament in Japan and has confirmed he was injured for the semi-final defeat to England in his new autobiography “Straight Eight”.

He claims that he suffered a calf injury during New Zealand’s incredible quarter-final win over Ireland and that it prevented him from preparing properly for the last-four clash.

“What if I had been able to train with the team that week instead of watching from the sideline? What if I had been out there to offer a little more direction, or reassurance, or assistance?” he wrote in his book.

However, despite losing the game 19-7 while injured, Read also admitted that England were the deservide winners on the day as they overpowered the All Blacks.

Many will now question the coach’s decision to allow Read to play while injured and hamper the team’s chances as they bid to win a third Rugby Cup on the trot, with Read part of a back-row that was up against the likes of Billy Vunipola.

At 34, Read has now chosen to move abroad and taken up a role with the Toyota Verblitz in Japan, where he will once again work with former All Blacks head coach Steve Hansen.

It is doubtful that even if he was at full tilt for the game that there would have been a different outcome due to England’s sheer dominance on the day, but it does show that the All Blacks went in with a chink in their armour before the match had even kicked-off.

Is Schmidt to Blame for Ireland’s RWC Failings?

The IRFU have placed the blame of Ireland’s dismal World Cup campaign on Joe Schmidt, but is it really that easy? 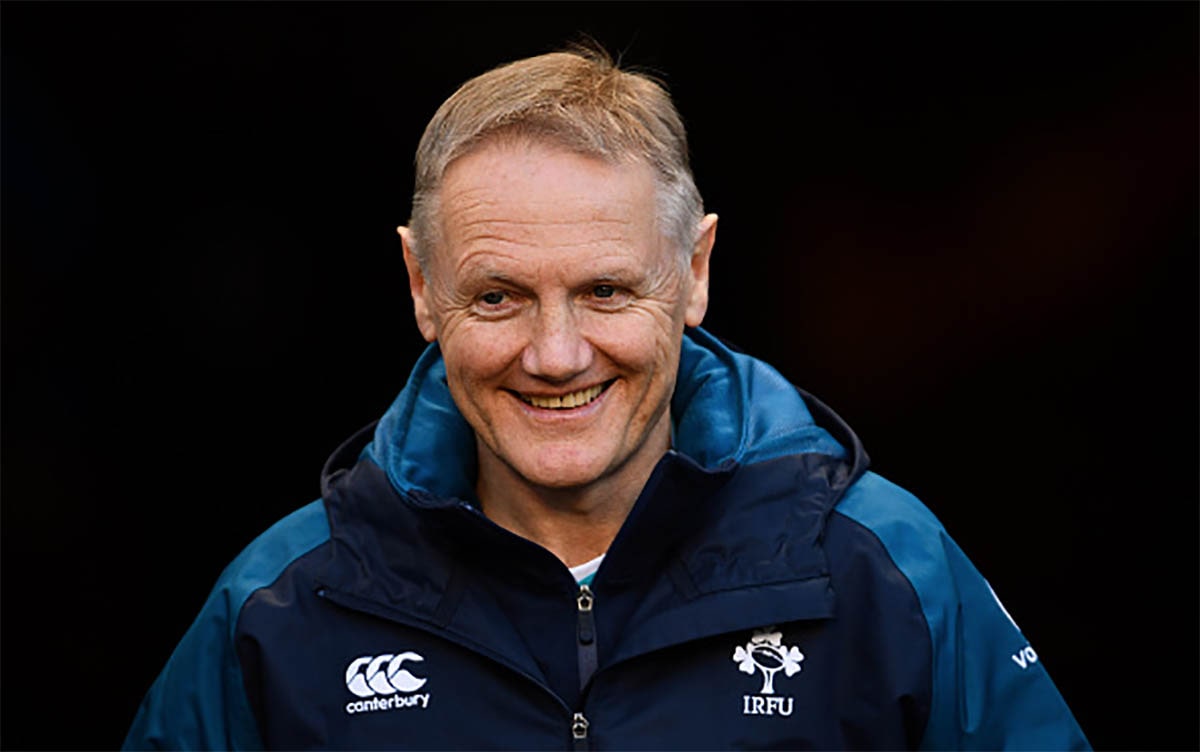 Yesterday, the IRFU held a meeting with a group of handpicked journalists to deliver their verdict on Ireland’s Rugby World Cup campaign.

The result according to the IRFU was that Ireland failed to evolve a game plan, failed in performance due to anxiety, had poor preparation ahead of the tournament and had a skills deficit compared to the world’s best teams.

All of which appears to have been placed on head coach Joe Schmidt, who stepped aside following the conclusion of the tournament.

The conclusion of where the team failed was reached by IRFU high performance director David Nucifora, who interviewed coaches and staff, while an independent body held discussions with the players, with all roads leading to the four failings mentioned above.

Schmidt, who took over as head coach in 2013, a year before Nucifora took his role with the IRFU, is becoming the sole person responsible for the team’s failure, but is that fair?

Yes, Ireland appeared to be stuck playing the same game-plan as their impressive 2018 campaign, which saw them defeat all before them, which is a failure to evolve, but Schmidt had a full team of back-room staff, were they not capable of coming up with a different plan? Or were the players themselves unable to use their own initiative to bring forward a case of how they should play to Schmidt?

These are the cream of the crop in Ireland, players that have won Champions Cups and PRO14 titles with their clubs, Six Nations titles and Grand Slams with Ireland, winning series tours with their country and some have even represented the British and Irish Lions on the grand stage. Why are they anxious and what does it have to do with Schmidt?

Schmidt is a man renowned for his tactical and thorough preparation, looking at teams inside out to find their weaknesses and looking at his own team to find their strengths so what changed this year from a man that admitted his only regret when leaving the job was the fact that he only took one day off in six years.

The team had played together many times before, went on training camps weeks before the tournament in Japan, including hot-weather camps to prepare for the soaring temperatures and humidity, and played pre-World Cup warm-up games. So why weren’t they prepared and once more how is Schmidt to blame?

Lastly, a lack in skills, an area were former players have noted Ireland failed to capitalise on during the past year. Some pointing towards Leinster’s style of play and asking why players weren’t following that example.

It is true that Schmidt prefers a risk-free game, but surely once on the pitch, the players must use their initiative when opportunities arise, and play expansive rugby when the chances come if that’s how to win a game of rugby.

Schmidt may have asked them to be more careful, but it is up to the players on the pitch to seize a game by the scruff of the neck and create openings. It seems unlikely that Schmidt would have argued with his players if they made it further in the World Cup by taking more of a risk.

The four areas where Ireland failed to seem to be somewhat of the overall problem, and it would be foolish not to place some of the blame on the head coach, but it seems strange and even more foolish to pile the sole blame on him.

There was a group of staff and players that prepared and went to Japan, a group of talented individuals, if Schmidt was falling short they should have been able to point it out and take it upon themselves to help solve the issues at hand.

May the environment had gone stale after six years of the same routine, may the players needed more of a challenge, but what appeared to happen this year more than before was the players looked to lack motivation and desire in the green jersey, and that is on them no matter who tries to cover it up.

While others find it easy to point the finger of blame to a man no longer associated with the IRFU, a look in the mirror may be a good idea. Afterall, if Schmidt was the problem then questions may be raised as to why it is his former right-hand man becoming Ireland’s head coach. Hopefully exciting times lie ahead under Andy Farrell, but don’t be surprised if more of the same is to follow.

Four years ago Ireland were trounced in the quarter-finals of the World Cup by Argentina, in between then they arguably became the best team in the world under Schmidt, before being trounced again by the All Blacks at the same stage of the competition. The hope will be that Farrell can produce something others have failed to in the Irish hot-seat, but a review of a tournament isn’t what will help, a review of the system is needed and each member involved with Ireland’s failings should hold their hand up for the failure, because one man isn’t the only person at fault.