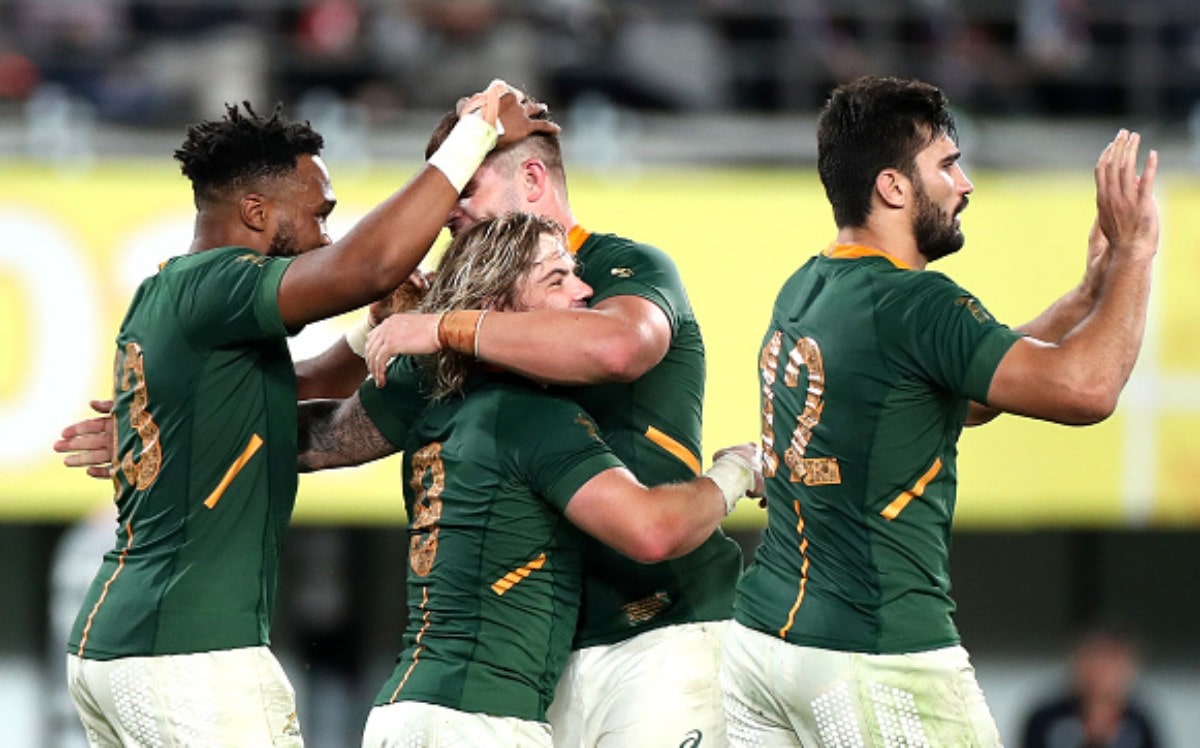 Springboks head coach Rassie Erasmus has made only a single change to his starting XV for his side’s Rugby World Cup final against England in Japan on Saturday.

The only change comes in the back-line as a fit-again Cheslin Kolbe returns, replacing Sbu Nkosi on the right-wing. Kolbe’s return from an ankle injury is a massive boost for the Boks as he has the ability to tear open defences if given the opportunity.

Otherwise it’s as you were from the 19-16 victory over Wales last weekend with Tendai Mtawarira, Bongi Mbonambi and Frans Malherbe making up the front-row, with Eben Etzebeth and Lood de Jager slotting in behind them in the engine-room.

In the back-row captain Siya Kolisi is at blindside-flanker in what will be his 50th cap, with Pieter-Steph du Toit at openside and Duane Vermeaulen behind the duo in No 8.

The ever-impressive Faf de Klerk once again partners Handre Pollard in the half-back pairing, with Damian de Allende and Lukanyo Am outside them in the midfield.

Try-scoring machine Makazole Mapimpi continues on the left-wing, with Kolbe returning to the right and Willie le Roux remains at full-back despite a poor outing in the semi-final.

Erasmus has decided to continue with his six-two split between forwards and backs on the bench with the likes of Malcolm Marx, RG Snyman and Francois Louw available to come on and impact up front, while Frans Steyn will play in his second World Cup final against England after featuring in 2007 too.

Speaking ahead of the game Erasmus admits he is expecting a big encounter between two evenly matched sides and told of how impressed he was by England last weekend.

“We’ve played England four times in the last two years, and score is 2-2. The last test match that we played was a very close test at Twickenham. I know both teams have definitely improved since then. What I do expect on the field is a very well-coached England team. A fit England team with a great tactical plan, and then obviously the physicality that England brought to New Zealand was just next level last Saturday. It’s been a long time since I saw an England team pitch up with that amount of physicality. They must be brimming with confidence, and I’m sure they are ready to bring that same intensity. We will have to be really up to try and match that,” he said.

As mentioned above this is a repeat of the 2007 World Cup final which South Africa came out on top in, and have history on their side having won the only other final they featured in after winning against the All Blacks in 1995. However, England head into the match as massive favourites following their demolition of the All Blacks last week and the Boks will need something special to win another Webb Ellis Cup.