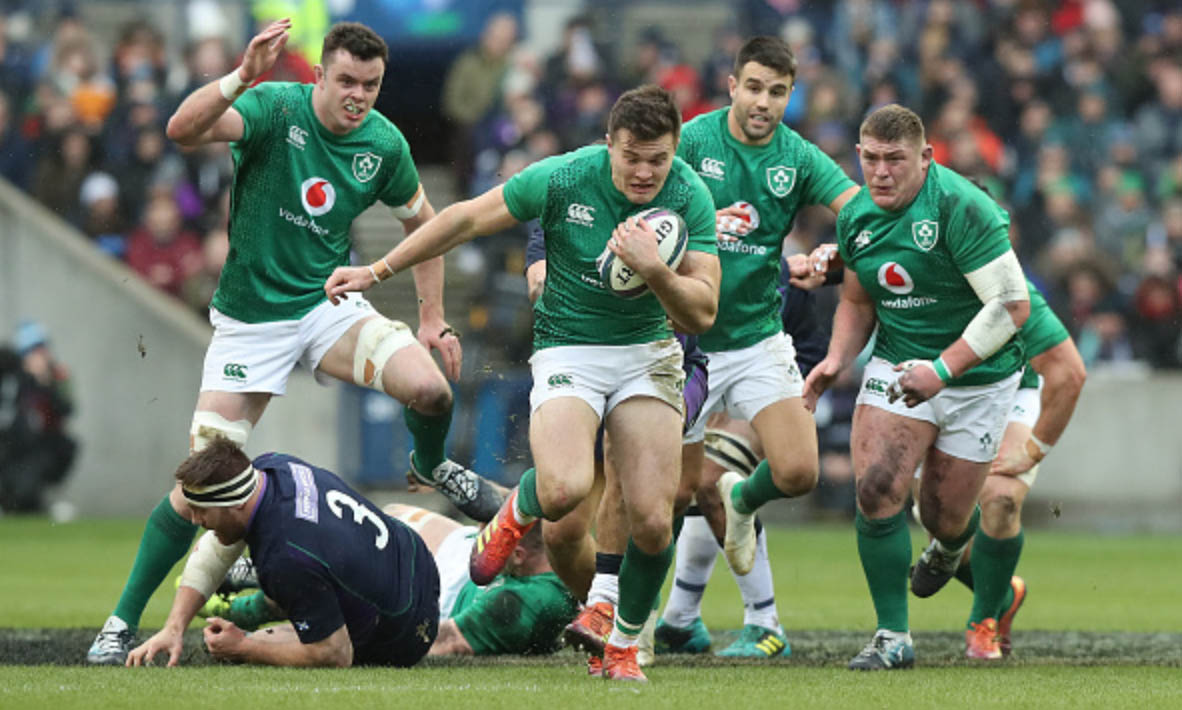 Joe Schmidt is set to announce his 23-man squad for Ireland’s Rugby World Cup opening game on Sunday and here we take a look at his most likely selection before he confirms the team.

Reports are claiming that Rob Kearney and Keith Earls will join Robbie Henshaw on the touchlines as they are suffering from calf and knee injuries respectively. It is reported by Irish media that in their absence Andrew Conway will take the full-back jersey, with Jordan Larmour coming on to the right-wing.

Completing the back-three will be try-scoring machine Jacob Stockdale, in what is an exciting prospect in the back, however, it is an inexperienced group at the back.

With Henshaw out it is more than likely that Garry Ringrose will start at 13 alongside Bundee Aki at 12, while Conor Murray and Johnny Sexton will open in the half-back pairing.

In the front-row it is predicted that Cian Healy and Tadhg Furlong will join captain Rory Best up top, while Iain Henderson looks set to take over from Jean Kleyn as James Ryan’s second-row partner.

Reports are also suggesting that Jack Conan will drop out of the starting XV with CJ Stander moving to No 8, as Peter O’Mahony and Josh van der Flier on the flanks.

If that team is to be picked one would imagine that it would see Dave Kilcoyne, Sean Cronin and Andrew Porter take places on the bench. Tadhg Beirne will be great cover for the second-row and back-row, while Jack Conan may be given an opportunity to impress as a substitute.

The backs replacements will likely see Luke McGrath, Jack Carty and one of Chris Farrell or Joey Carbery the last sub, with Carbery probably holding the edge as he can cover more positions than Farrell.

Ireland will be hoping that no matter who they pick they will be able to get their tournament off to a good start as it is more than likely a clash between the two teams vying to top the pool.

Check Out the Predicted 23-Man Squad Below.

England Go All Out for Tongan Clash

Star Duo to Miss Out for Ireland