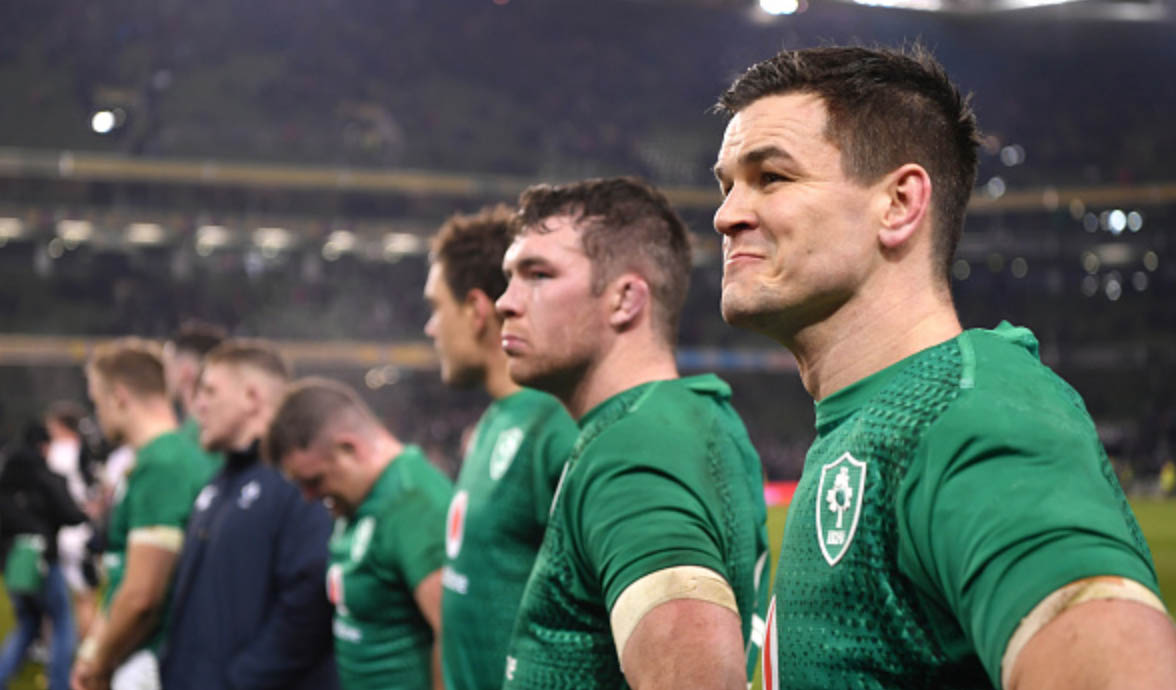 Ireland head coach Joe Schmidt has announced a total of 11 changes to his starting line-up for Thursday’s must-win clash with Russia at the Rugby World Cup in Japan.

Peter O’Mahony, Garry Ringrose, Keith Earls and Rob Kearney are the only survivors from Ireland’s shock 19-12 loss to Japan on Saturday, with the former two starting their third game in a row at the tournament in 11 days.


However, O’Mahony only played a small part in Ireland’s opening round win over Scotland whereas Ringrose has played a key role in both games so far and it is a risk Schmidt is taking with fellow centres Robbie Henshaw and Chris Farrell forced to sit out this game.


It means that there is an entirely new front-five for the Irish with Dave Kilcoyne, Niall Scannell and John Ryan taking over from Cian Healy, Rory Best and Tadhg Furlong respectively. While Tadhg Beirne and Jean Kleyn come into the second-row in what is an all-Munster front-five.


O’Mahony’s inclusion sees him switch to the blindside-flanker position, with Rhys Ruddock on the openside and Jordi Murphy, who only arrived following an injury to Jack Conan, has been thrown straight in at No 8.


It’s a Leinster half-back pairing as Luke McGrath opens at scrum-half with Johnny Sexton captaining the side in Best’s absence from fly-half. Bundee Aki returns to the starting XV after sitting out Saturday’s loss and links up with Ringrose once more.


Earls starts on the right-wing, with Andrew Conway coming in on the right and Kearney completes the starting team from full-back.

There is a vast amount of experience to call upon from the bench if needed with the likes of Sean Cronin, Iain Henderson and CJ Stander among the replacements. While there is also a noticeable selection in the the backs replacements as both Joey Carbery and Jack Carty picked, with Carbery covering the scrum-half position.


Speaking ahead of the game captain Sexton, who did not feature during Saturday’s loss is determined to turn things around and believes that Ireland still have what it takes to win the whole competition.


“At the start of the Six Nations we turned things around. We had a really good performance against France. Things went bad against England [at Twickenham in late August] – we turned it around and beat Wales back to back. So they’re a very good team and we beat them. We started with a bang last week against Scotland – so, yeah, if we can go on a bit of a run now, a five-game winning run would be great. That would do nicely,” he said.

Ireland know a bonus-point win is required if they are to keep the pressure on Japan at the top of Pool A as they hope to finish as the group winners. However, Russia won’t make it easy for them as we have seen from their opening two games, and with a nine days turnaround between this and Ireland’s final pool fixture against Samoa the nation will be expecting the men in green to give their all.

Related Topics:6 NationsEnglandFeaturedFranceIrelandJapanLeinsterMunsterSamoaScotlandWales
Up Next

Stander Ready to Take on Russia