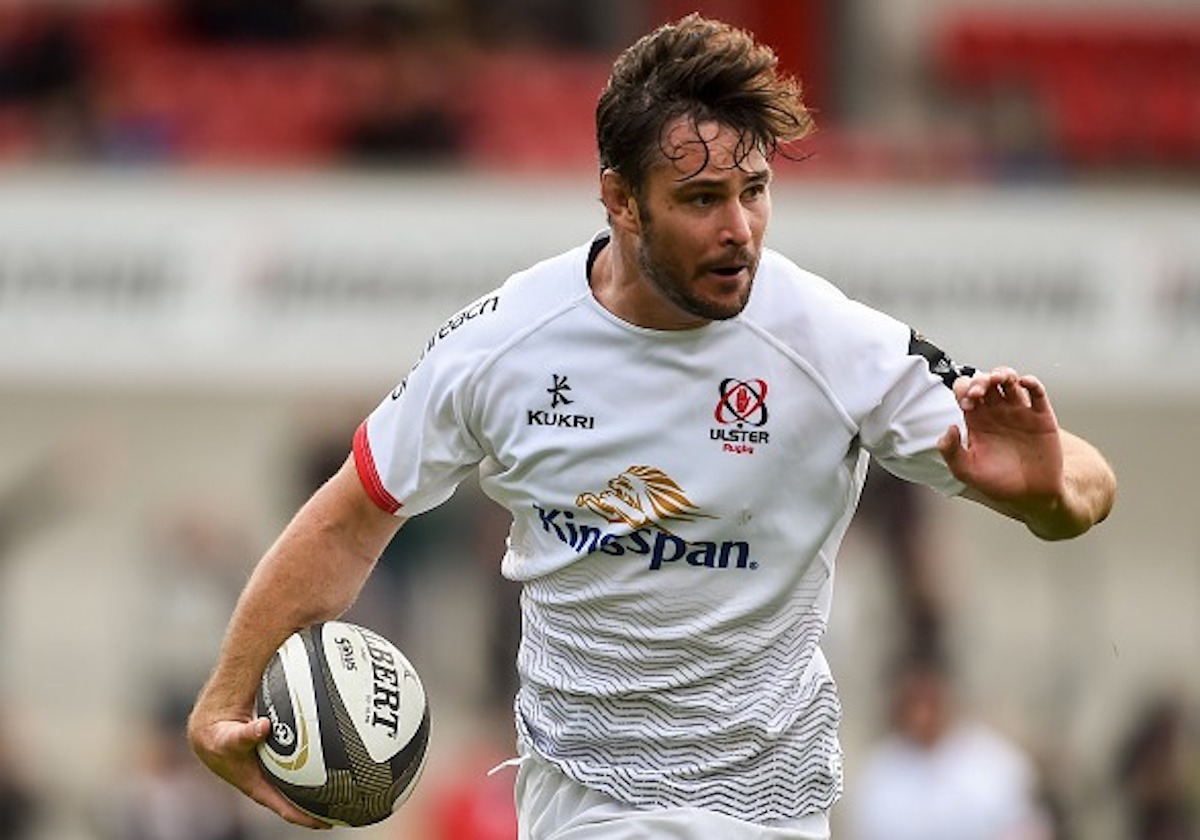 Ulster head coach Dan McFarland has handed three new players their debuts for Ulster’s opening game of the PRO14 season against the Ospreys in the Kingspan Stadium on Friday at 19 35.

Summer signings Jack McGrath, Sam Carter and Matt Faddes have all been given the nod in by McFarland and come straight into the starting XV.

McGrath brings a huge amount of competition experience with him, having signed from rivals Leinster and having missed out on a place on the plane to Japan for the Rugby World Cup with Ireland will want to make an impression on his debut.

Joining McGrath in the front-row are captain Rob Herring and Tom O’Toole, while Carter links up with the ever-impressive Kieran Treadwell in the second-row, with club captain Iain Hendeson currently away on international duty, making his 50th cap on Saturday against Japan.

In the back-row it is Matthew Rea at blind-flanker, Jordi Murphy at openside and Sean Reidy completes the pack from No 8.

Another man who missed out on the World Cup with Ireland, John Cooney, starts in the half-backs with Billy Burns, with James Hume and Luke Marshell out the pair in the centre.

There is a welcome return to competitive rugby for winger Craig Gilroy, who makes his first appearance for nearly a year on the left-wing, with Rob Lyttle occupying the right-wing and Faddes at full-back.

With the likes of Eric O’Sullivan, David Shanahan and Louis Ludik on the bench McFarland has experience to call upon if needed.

The home side are currently without Will Addison, Marty Moore, Nick Tomoney, Robert Baloucoune, Marcel Coetzee and Gareth Milasinovich, all of which are missing through injury.

Ulster will be hoping to kick-start their campaign with a win while some of the other teams main players are away at the World Cup and knowing that players will return from injury to help boost the team in the coming weeks. 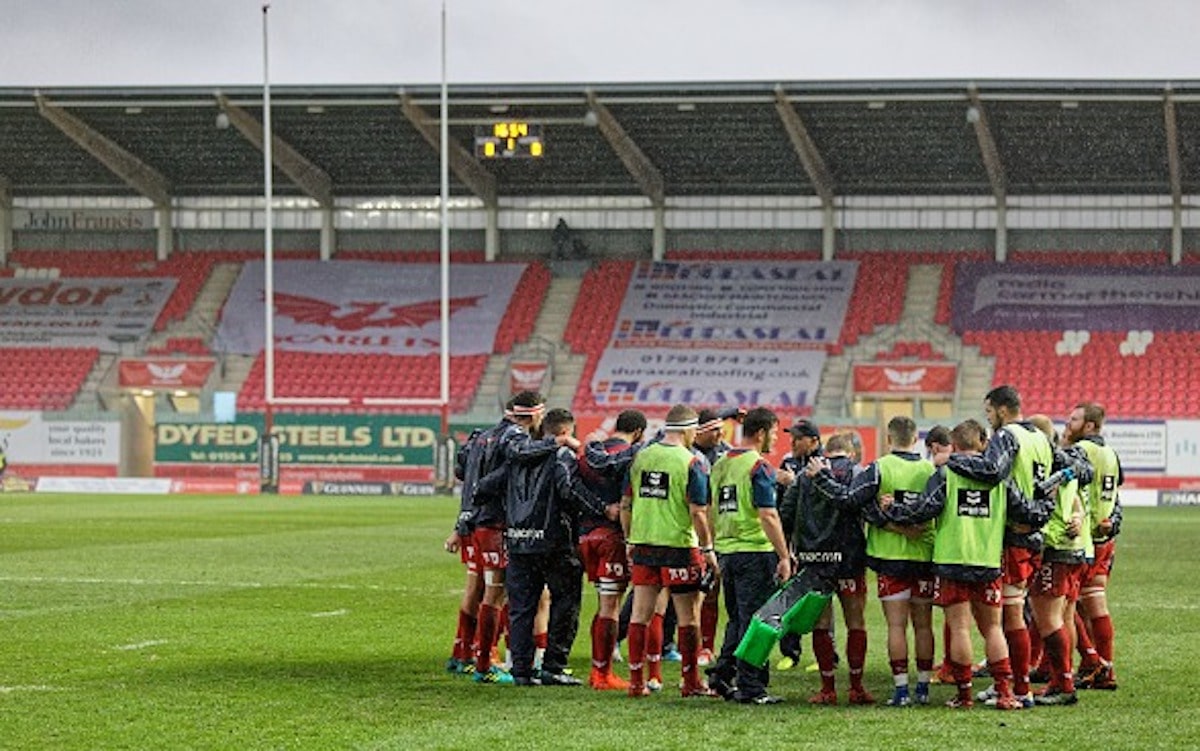 It’s Derby Day: Part III  this evening as the Scarlets take on Cardiff Blues at the Arms Park (7.35).

Ahead of the sold-out Guinness PRO14 clash Scarlets caught up with forwards coach Ioan Cunningham for his thoughts on what promises to be a mouthwatering contest between two sides stacked with talent.

Ioan, first of all you must have been delighted with the forward display against the Ospreys?

IC: “I was, we are all we are working really hard in getting those combinations working together, but the guys who don’t take the field are also putting a huge amount of work in and they deserve as much credit as the boys who put in the performances on the field.”

IC: “Both Sam and Tex have been excellent, they have bought in really well, they are enjoying the environment and also bringing their ideas from that they have learned. It is great to have them here and see them express themselves.”

What about the challenge of the Blues on Friday?

IC: “We know how tough it is going to be from what happened last year. They are a good side, well coached, but we are excited by the challenge and the prospect of playing in front of a packed crowd in the capital. The Conference standings also add a bit of extra spice on it. You can see how tight it is by the points on the league table.”

The contact area is always key when you take on the Blues, are you expecting the same again?

IC: “It has been a massive focus for us, it is going to be a big  battle of the breakdown when you come up against the likes of Josh Navidi, Will Boyde, Josh Navidi and Olly Robinson. They are excellent at that type of game, we are going to have to be really hot on the contact area, how we ball carry and how we clear those rucks.

“But both sides have some awesome talent across the field. It should be a great game.”

It is also the start of three huge weeks ahead at the beginning of the New Year?

IC: “It is a massive period. After this game, we then have Toulon at Parc y Scarlets, a battle at the top of the pool, followed by another big European game against London Irish.

“But as a group we will take each week as it comes. There is confidence and enjoyment in the ranks, the boys are enjoying coming into work every week and are enjoying being challenged.

“Brad is massive on ‘how do we get better?’  That is what we are striving for, to get better every week.”

Ireland and Leinster Rugby tighthead prop Tadhg Furlong has extended his IRFU contract up to the end of the 2021/22 season.

During his time with Leinster Rugby, Tadhg has made 113 appearances for Leinster, and has contributed to a Heineken Champions Cup in 2018 along with five Guinness PRO12/14 titles since his debut in November 2013.

Furlong made his Ireland debut against Wales in a warm-up fixture ahead of the 2015 Rugby World Cup. He has won 49 caps to date for Ireland and started all three Tests of the 2017 British and Irish Lions tour of New Zealand and was last week named in the touring party for this summer’s series against South Africa.

Furlong commented, “Happy to sign on for one more year. There has been some tough days of late but I believe the squads we have in both Leinster and Ireland are able to compete for trophies in the future. I look forward to hopefully playing at a packed out RDS or Aviva Stadium in the months ahead.”

David Nucifora, IRFU Performance Director, commented, “Tadhg was a long time out of the game but showed upon his return in January what a positive influence he can be for both Ireland and Leinster. He has grown as a senior voice in the Ireland squad and his recent performances reminded everyone why he is rated as one of the best tighthead’s in world rugby.”

Ulster’s Claire Boles, Brittany Hogan and Maeve Liston have been named in the Women’s side, and Aaron Sexton, Ben Moxham and Jude Postlethwaite have been selected for the Men’s team.

The three-day tournament is being hosted by GB Sevens and will take place between 15-17 May at the Football Association’s National Training Centre at St George’s Park.

A return to competition rugby is a welcome boost for the Ireland squads and an important building block as they gear up towards a busy summer schedule, with Ireland Men preparing for June’s World Rugby Sevens Repechage, the final qualification event for the Tokyo Olympic Games.

Billy Dardis will once again captain the Ireland Men, with Eddy selecting a 16-player squad for this weekend’s tournament.

Munster Academy Players Alex Kendellen, Conor Phillips and Jack Crowley, who starred for Ireland U20s last season and this year made his senior debut for the Province, are all included for the first time having trained with the squad at the IRFU High Performance Centre in recent months.

Former Leinster centre Gavin Mullin, is named in the panel alongside the likes of Dardis, Jordan Conroy, Terry Kennedy, Aaron O’Sullivan and Hugo Lennox, who have all featured for Ireland on the HSBC World Rugby Sevens Series.

Ireland Men will face hosts Great Britain and USA, with each team playing two games per day and points to be gained towards the final standings throughout the three days.

Lucy Mulhall, meanwhile, will lead an exciting 16-player Ireland Women’s squad into their first competitive action of the season, as they go head-to-head with hosts Great Britain and France.

Having recently featured in the Women’s Six Nations for Adam Griggs’ Ireland, Brittany Hogan, Stacey Flood, Amee-Leigh Murphy Crowe, Eve Higgins, Grace Moore and Emily Lane are all included, while Méabh Deely, Aoibheann Reilly and Kate Farrell McCabe, who have all come through the IRFU Women’s Development Pathway, will hope to impress further on the international stage.

Commenting ahead of the tournament, Eddy said: “We are really looking forward to getting back to international competition and actually play some matches.

“This tournament provides a great opportunity to build towards the summer ahead and it is great preparation for the Men’s team leading into Monaco and the Olympic Repechage Tournament in June. Both our Men’s and Women’s teams will be exposed to some quality opposition throughout the tournament and the competition should be intense.

“We are very grateful for the opportunity and thankful for all the work that has taken place behind the scenes to allow us to participate in the tournament.”

The International Rugby 7s will be played behind-closed-doors and there will be a live stream on England Rugby channels, while there will be full coverage on IrishRugby.ie.