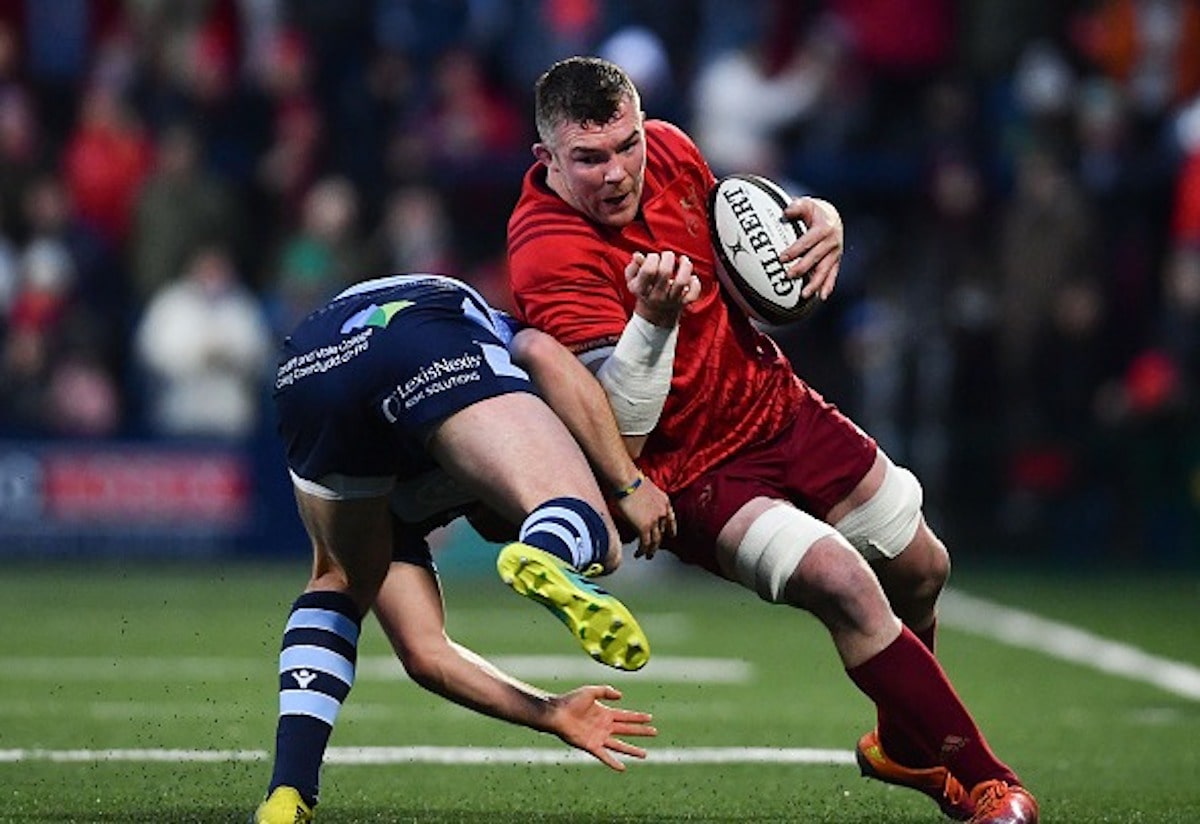 Munster sealed another bonus-point defeating the Cardiff Blues 45-21 at the Irish Independent Park on Friday night.

A fantastic six-try win at a sold-out Irish Independent Park!

The win means that the reds remain in second in Conference A three points behind Glasgow and will head into the final games with every chance of finishing top spot.

Both teams started well with the visitors breaking the deadlock after seven minutes as Rey Lee-Lo ran a perfect line before Tomos Williams finished off the move. Gareth Anscombe converted to make it 7-0.

Munster responded well and five minutes later were rewarded as Tyler Bleyendaal slotted home a penalty to leave it at 7-3.

Chris Farrell put the home side ahead on 18 minutes when he touched down following a brilliant turnover from man of the match Peter O’Mahony. The conversion made it 10-7.

10 minutes on and Munster were in again as Conor Murray set-up Jean Kleyn for the five-pointer. Bleyendaal again converted and they had a 10-point lead.

There was another score in before half-time with Blues’ Aled Summerhill scoring in the corner after some great work from Anscombe and Matthew Morgan. Anscombe kicked the extras once more and it was 17-14 at half-time.

We have a narrow lead after the opening 40 at Irish Independent Park with the sides scoring two tries apiece.

Five minutes into the second-half and Cardiff were over for their third try through Lee-Lo after a quick-tap penalty from Williams. Another successful kick from Anscombe made it 21-17 to the away side.

That lead didn’t last too long as substitute CJ Stander ran in the home sides third try of the night and Bleyendaal converted to put three points between the teams once again.

Shortly after the hour mark Murray claimed Munster’s bonus-point, touching down after Dave Kilcoyne was short with his attempt. Bleyendaal was perfect from the tee again to stretch the lead out to 31-21.

Some fine work from Farrell and Mike Haley allowed Andrew Conway to score their fifth try and a fifth conversion from Bleyendaal meant it was 38-21 with 15 minutes left.

Sammy Arnold touched down late on to round off a strong showing from the home side. JJ Hanrahan added the two extra points as it ended 45-21.

Speaking after the game, Munster hooker Kevin O’Byrne emphasised how vital the win was to his side.

“Can’t underestimate how important that win was tonight and especially to get the scores as well,” he said.

The win, their 10th in 11 games, keeps Munster in the hunt for a home semi-final, while Cardiff remain in a scrap for a play-off spot.