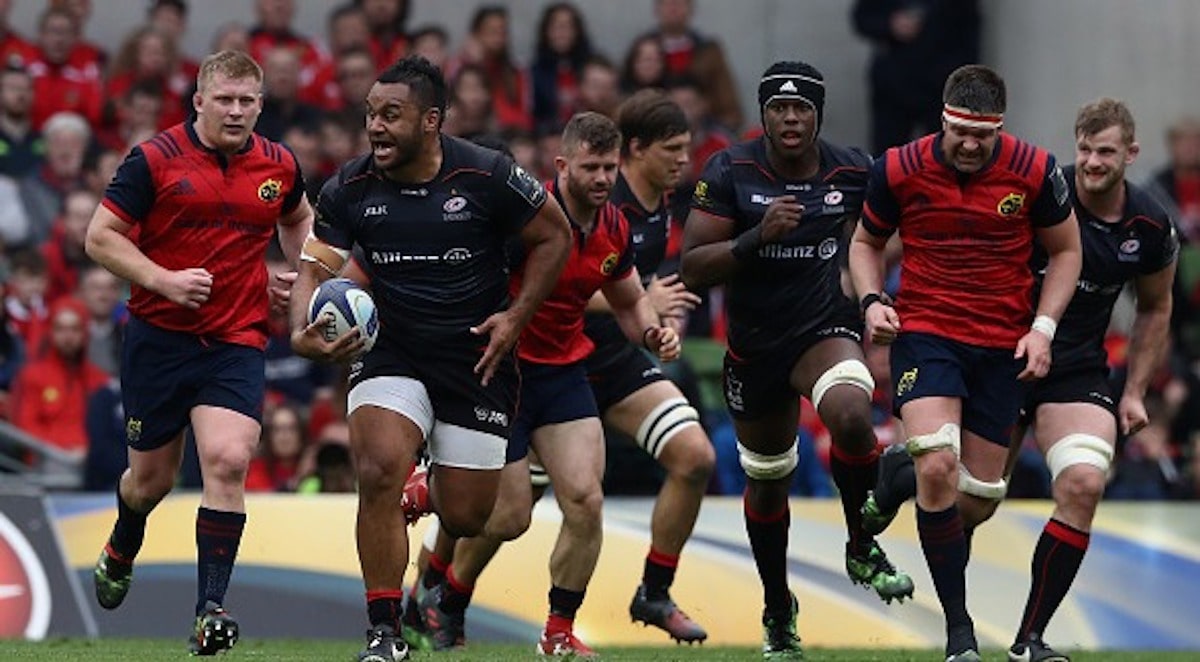 England ace Billy Vunipola has confirmed that he hopes to remain with Saracens beyond this season despite their relegation to the Championship.

The No 8 is one of the stars of English rugby and the Saracens side that has dominated club rugby in recent seasons. However, there were questions raised about his future with Sarries, when the club were relegated from the Premiership for breaching salary cap rules.

Although contrary to many reports Vunipola has admitted that he wants to stay with Saracens for the foreseeable future, while speaking to Jim Hamilton for RugbyPass and is even taking positives from the situation.

“There way I see, it’s part of the journey of the club. Some boys have had to try and further their careers, as they are at the start of their careers. I’m kind of in the middle of it. Boys are in different situations, and I can understand that. They’ve got families and things to look after. From my point of view, I’m just trying to sit still and play it out, see where we end up next year,” he said.

At 130kgs, Vunipola is one of the most powerful and explosive back-rowers in the game, but has had his fair share of injuries in recent months and years and believes that time in the Championship could actually benefit his body in the long run.

“I can’t see a negative in it. I’ve haven’t spoken directly to the powers at the top, when it comes to England or at Sarries, as to what will happen in terms of international recognition but if there’s one positive to take out of it, is I hope that my body will take less of a battering. With no disrespect to the Championship, it will give my body a chance to heal. I don’t think they play as many games in the Championship. They don’t have Champions Cup or those big games. You (Jim Hamilton) know what it’s like, they just keep coming. I’m excited for next year. I reckon I’ll play as much as I can, try to help the team as much as possible and hopefully we’ll come straight back up,” he added.

It remains to be seen how time in the Championship will affect his international career as he mentioned above, but when pushed on his club career he was very clear to state that he will be at Sarries next season.

“All the reports coming out, the club have looked after me, and not just me, my family. It’s time for me to dig my heels in and scrap with the boys and hopefully come up next year. There lots of examples of clubs going down, like Northampton going down and coming up and doing well, same thing goes for Quins, so, it’s kind of a good point in our journey as a club to reset some of our goals and accelerate. Yes, I’m definitely staying,” he continued.

It is a major boost for Saracens to know that their key man will remain loyal to their cause despite recent set-backs within the club. However, with the British and Irish Lions tour around the corner next year the hope will be that time in the second-tier doesn’t impact his chances of making the trip to South Africa.

Although reports have claimed that the club are trying to set-up high profile sides such as the Springboks themselves in order to allow their test-level players to compete against the best of the best.