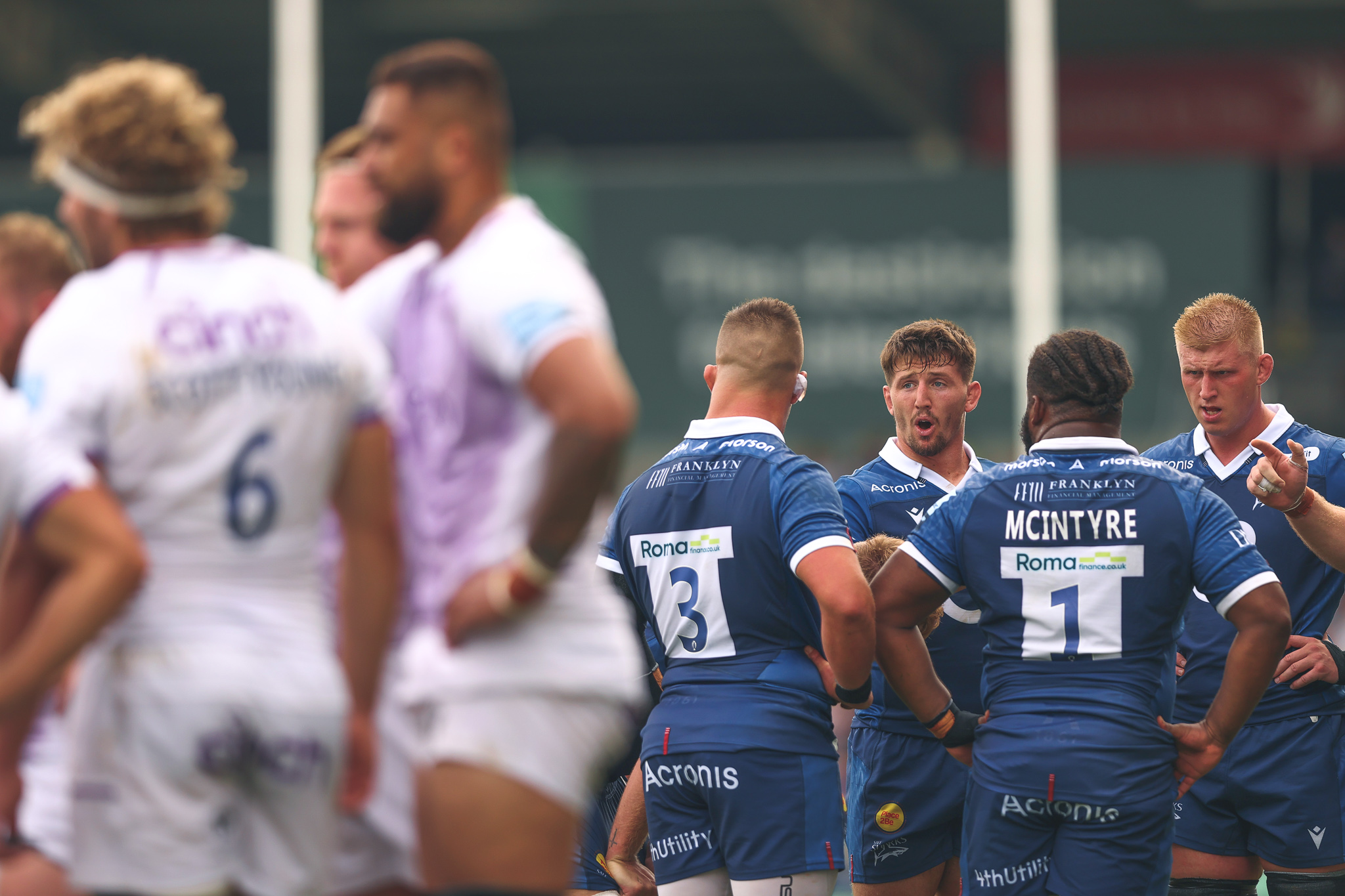 Jonny Hill will make his first start for Sale Sharks since his summer switch from Exeter Chiefs and Tom Curry returns to the replacements bench as Alex Sanderson makes just one change to his starting line-up to face Bath Rugby at the Rec this weekend (3pm KO – live on PRTV).

Fresh from playing a starring role for England on their tour of Australia, lock Hill lines up alongside Cobus Wiese in the second row for the clash against Johann van Graan’s men.

Elsewhere the Sharks starting XI is unchanged after the round one bonus point victory against Northampton Saints.

The Sharks Director of Rugby is once again able to call on a front row full of experience with Si McIntyre and Nick Schonert lining up either side of hooker Akker van der Merwe.

Hill joins Wiese in the second row and the back row is once again made up of Jean-Luc du Preez, captain Ben Curry and Dan du Preez at number 8.

After his try-scoring performance in round one, Gus Warr gets another chance at scrum-half and he’s joined again by Rob du Preez who slotted four of his five kicks and made ten tackles against Saints.

Outside them Manu Tuilagi starts again alongside Sam James, with Tom O’Flaherty and Tom Roebuck, who topped the metres gained column in round one with 99 yards from his eight carries.

Luke James starts again at full-back after an impressive, try-scoring performance in the season opener.

Front row cover on the replacements bench comes from Ewan Ashman, Ross Harrison and Harper and they’re joined by Jono Ross and the returning Tom Curry.