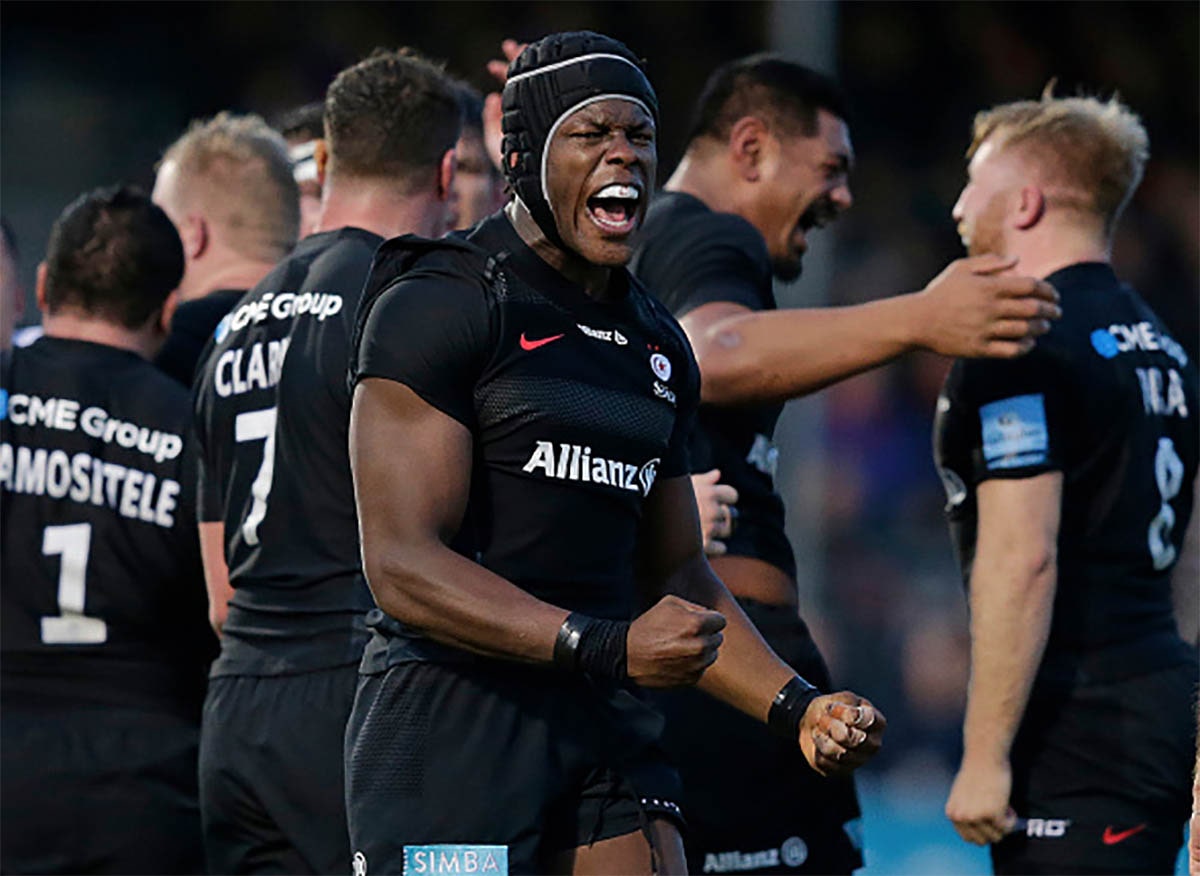 Maro Itoje may have become England’s highest paid Rugby player after he agreed to renew his deal with Saracens.

The 24-year-old has extended his stay with Sarries and is now set to remain at the club until the summer of 2022.

Since making his senior debut in 2013, Itoje has gone on to make 103 appearances for the club. He has helped Sarrries to win three Premiership titles as well as consecutive European Champions Cups in 2016 and 2017.

It is believed that Itoje’s new deal will see him being paid at least the same amount as team-mate Owen Farrell.

Various sources have claimed that Itoje’s salary is now in the region of £750,000 to £1 million. The 2016 European Player of the Year Itoje has developed into a key player for England.

He has thus far played 29 times for England and the British and Irish Lions collectively. During his international debut year for England, Itoje won a Six Nations Grand Slam. He was also part of the squad which successfully retained the title in 2017.

“I’m really pleased to be staying on at Saracens,” Itoje said. “I’ve been at the club for 10 years now so I am really excited to see what the future holds for this great team.”

Saracans director of Rugby Mark McCall added: “At Saracens, we take pride in developing players from within.

“Maro is an exceptional young man, on and off the field and it’s been a privilege seeing him develop. We are thrilled he is staying with us!”

“He is part of a large group of home grown players who have committed their futures to the club. We are excited about exploring their potential and where we can go as a team.”

It is likely that Saracans used one of their two ”marquee player” exclusions in order to fit Itoje under the salary cap.