London Irish Assistant Coach Declan Danaher outlined his pride in the young squad that reached another Premiership Rugby Cup semi-final with a win against Bath Rugby.

With the 26-7 victory, Irish remains the only side to have retained 20 points from an available 20 since the inception of the Premiership Rugby Cup in 2018.

Danaher reached the semi-final of knockout cup competition four times as a player, no mean feat, with it also being 20 years to the season that Irish last achieved consecutive cup semi-final qualifications.

The Exiles’ stalwart told of the headstrong mindset he and senior squad members have imparted on younger elements of the team to create a solid output in the tournament this term.

“Rory Jennings said it in those first few games before his time in the Premiership that we need to have a bit of a chip on our shoulder from last year coming away from that final.

“He put it on the lads to go all the way and see what they can do, and we have echoed that sentiment.

“They have taken the bull by the horns so far, and have been led by lads like Jack Cooke, and have done so well.

“There may not be the biggest names out there, but the boys have got together, scrapped and know what they want to do – they want to get to that final again and put in a performance that comes away with a win.” 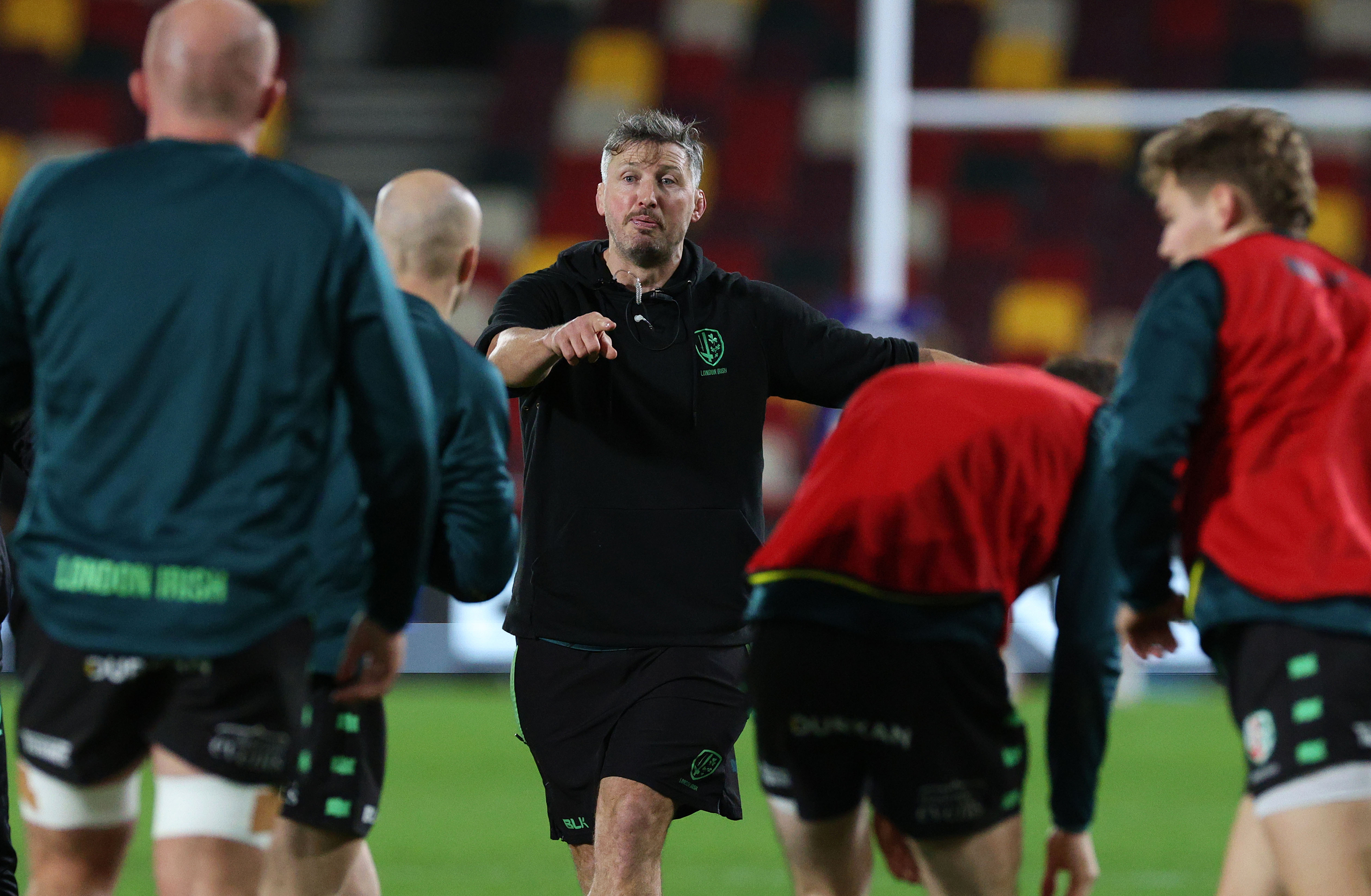 Far from a free-flowing spectacle throughout, the defensive effort required from both sides saw relatively a tight spectacle at the Gtech Community Stadium as Irish didn’t seal their try bonus until five minutes from time.

Danaher commented on the work rate out of possession for his team on the evening and adjusting to the tightness of the game.

“From the outset, I think you could see Bath were strong in their defence, they shut us out for around 20 minutes and we came at them hard.

“I said to the lads at half-time if they thought Bath would turn up and just roll over for us, then we would be kidding ourselves and have to think again.

“We would have to earn it and scrap for it, and that was off the back of our defensive effort which I thought was superb.

“The likes of Ed Scragg, Jack Cooke, Tom Hitchcock and so many others, the shift was immense, and it was great to see Eddie Poolman out there starting for us.”

As well as a notable defensive output, the Assistant Coach also analysed how his team met the requirements of Bath’s approach to the game.

“What Bath did come with once we repelled them was to look to kick, and I felt as though the backfield was taken care of superbly.

“Jack Walsh came in for Logan [Trotter] when he was injured and was very, very good, and he has grown since he started playing in the Premiership Rugby Cup against Quins – he should take massive amounts of confidence from that game.

“The same goes for Matt Williams returning on the wing. 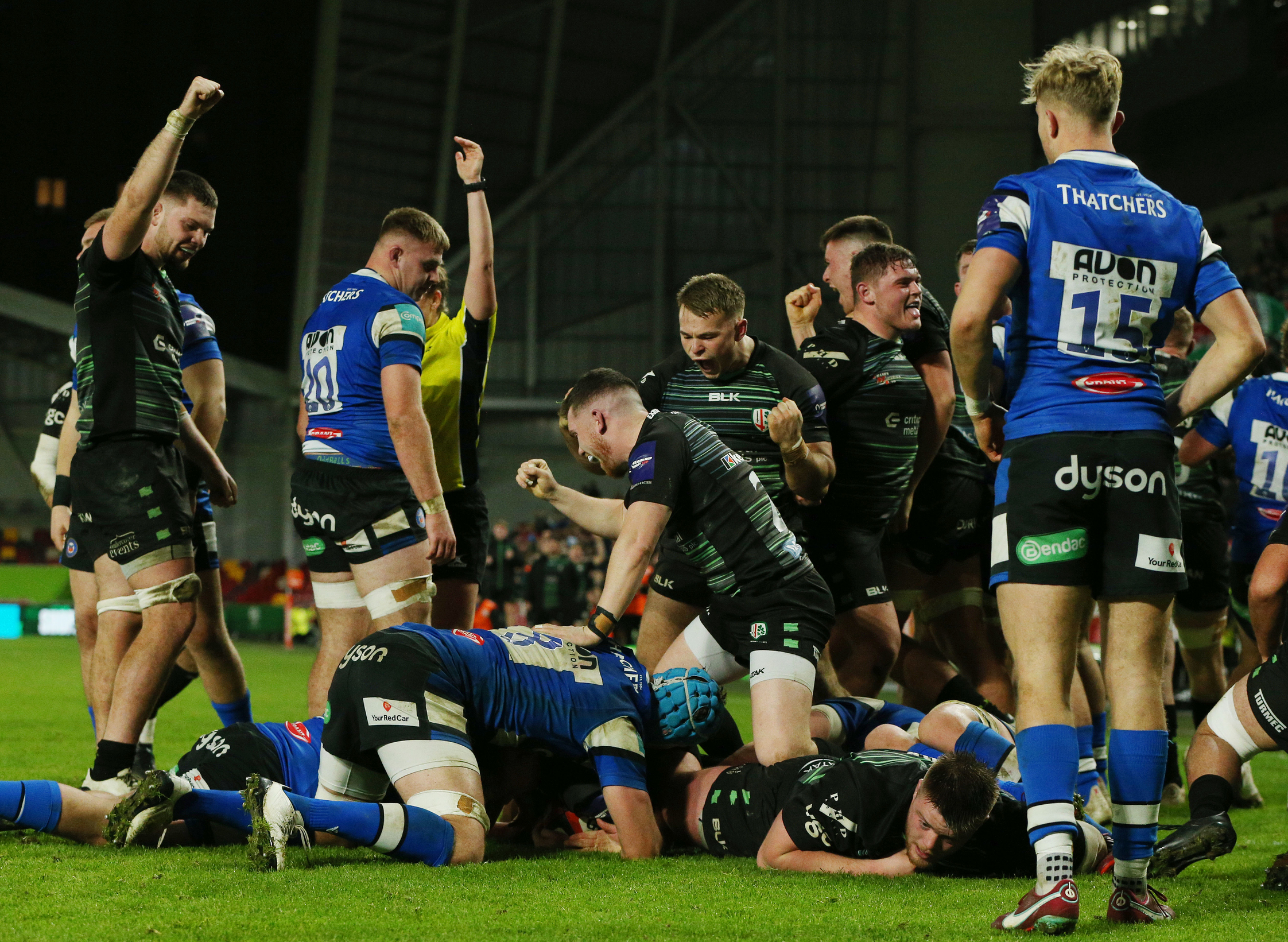 “Our effort off the ball and finding ways to work with what Bath offered from the boot from nine was great, we may have been a little rusty in attack, but the pleasing thing was that we still created chances and could have even take more from the edges and scored.

“It’s good to have something to work on, and I’d much rather be having that conversation than addressing glaring errors but we will need to be that level when we get to the semi-final.”

Despite the festivities post-game, a serious injury suffered to Logan Trotter in the opening 40 minutes will no doubt cast a shadow on the occasion.

The young full-back signed with the Club before commencing the Premiership Rugby Cup this year and has scored a try in his five appearances as an Exile after joining from Stirling County.

Danaher emphasised the communal effort from the team in supporting Trotter on his road to recovery.

“He’s gone into hospital and is in the right place, we won’t speculate on what happened but it’s obviously very significant to head there.

“Speaking the physios, they said there was a fair bit of pain but he’s a very strong boy.

“I chatted to the lads and we all said we’d be there to look after him, he’s been a massive part of the squad since coming in but these things are very unfortunate and he’s incredibly unlucky to have it happen to him.

“We wish him nothing but the best.”