Our History, Our Future!

As Exeter Rugby Club prepare to unearth a new chapter in the club’s long and distinguished history, so we look to the future with today’s launch of the club’s new home and away kits.

Working in collaboration with our club partners Samurai, our traditional home and away strips merge our unrivalled legacy with that of technical innovation. Indeed, state-of-the-art development means our cutting-edge fabrics deliver a high-performance jersey fit for the very best.

Now into our 12th season working with Samurai, the Chiefs jersey has a harder-to-scrag collar with more specific compression zones for better muscular control and endurance. The Ripstop (Poly Spandex) shorts are also a new addition, providing comfort as well as a robust feel for the on-field action.

The club crest sits proudly on the left side of the upper chest and is accompanied by Samurai’s logo on the right side. And, for the first time, Troy take the centre of the jersey as the main shirt sponsor for the home and away kits.

On the shorts, Carparison, Advanced Scaffolding and Otter Brewery complete the line-up. 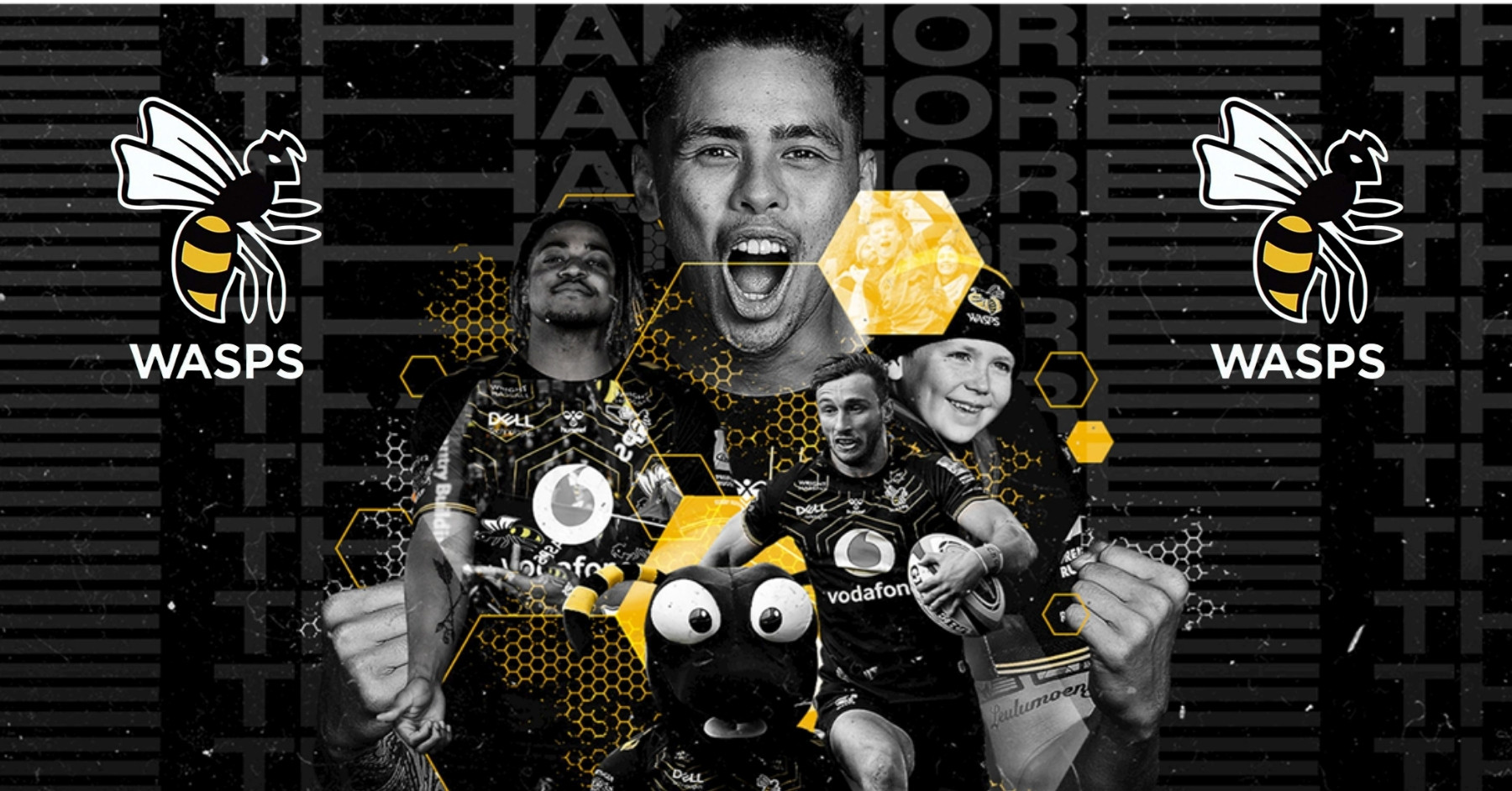 Following Richard Beck’s decision to step down from his role due to personal reasons, Wasps are delighted to announce that former player, Ashley Johnson, has agreed a deal to become the Club’s new Senior Academy Forwards Transition Coach.

Fan favourite Johnson, who joins us from National League 1 side Birmingham Moseley Rugby, won the hearts of the Wasps faithful during his time as a backrow in the eight years he spent at the Club between 2012 and 2020.

“To have one of the best signings in our history back at the Club is great news. During his time as a player, he was a key member of the squad and his energy around the training ground was infectious.

“He understands what it means to be a Wasp, which is a huge advantage for an Academy Coach who is developing players to join the senior squad.

“His work at Birmingham Moseley has been impressive and we are delighted to have him back with us.”

“I want to thank Birmingham Moseley for giving me the opportunity to learn and grow as a coach in the last couple of years. Adam Balding and Pete Glacken have been instrumental in mentoring me and I want to wish them and the Club all the best for the new season.

“I am excited be a part of Wasps again, it almost feels like all those years back when I first joined the Club.”

Beck, who joined Wasps in June 2019, has been instrumental in the Academy set up during his time. The Club would like to thank him for his hard work and dedication during his time with us.

Matt Williams, Academy Manager, commented: “Richard leaves Wasps with our very best wishes, he has been a crucial part of the Academy staffing group over the last few years. His work ethic & knowledge have earnt him great respect from staff & players alike. He will be a tough act to follow.

“It will be great to welcome Ashley back to the environment. His knowledge of the game is excellent and will really add to the players development. It will also be an excellent opportunity for Ashley to continue his development as a coach!”

Leicester Tigers will welcome Joe Taufete’e to the club ahead of the 2022/23 season.

Taufete’e has been capped on 34 occasions by the USA Eagles since his Test debut against South Africa at the 2015 Rugby World Cup and is the all-time record-holder for most Test tries by a hooker with 22.

The hooker was born in American Samoa and attended Santa Ana College (California), where he played American football as a defensive tackle. During his school years, he was recognised with All-Conference honours.

He made the move to rugby union in 2011 and represented American clubs Belmont Shore (California) and Scioto Valley (Ohio) as well as a short-stint with New Zealand club Otorohanga in Waikato.

In 2016, Taufete’e joined the San Diego Breakers before moving to England to join the Worcester Warriors during the 2016/17 Premiership season.

He represented the Warriors on more than 50 occasions before joining French club Lyon in 2020, who he spent two seasons with before agreeing a short-term deal with MLR club, LA Giltinis earlier this year.

Speaking about the addition of Taufete’e, Leicester Tigers Head Coach Steve Borthwick said: “We are really pleased to be able to add a player of Joe’s experience, in not only the Premiership but also international rugby, to Leicester Tigers.”

“He is a powerful player, in attack and defence, and adds competition to our hooking ranks at the club ahead of the new season.

“Joe is an impressive young man who has shown a hunger to want to be a part of our club and contribute to Leicester Tigers, on and off the field, as well as competing at the highest level of Premiership and European rugby.”

Discussing the move to Tigers, Taufete’e said: “To join a historical club like Leicester Tigers and add my name to into the history of a club like this means to me a great deal.”

“I know how it is and what it means to be a Tiger, to push yourself to extremes.

“I have seen how the program has grown since Steve Borthwick took over and I am excited to be playing under his guidance.”