Bath Rugby can reveal its new Macron home kit for 2022/23, inspired by Heineken Cup win of 1998, filmed in partnership with the club’s Official AV and Technology partner, Bendac. 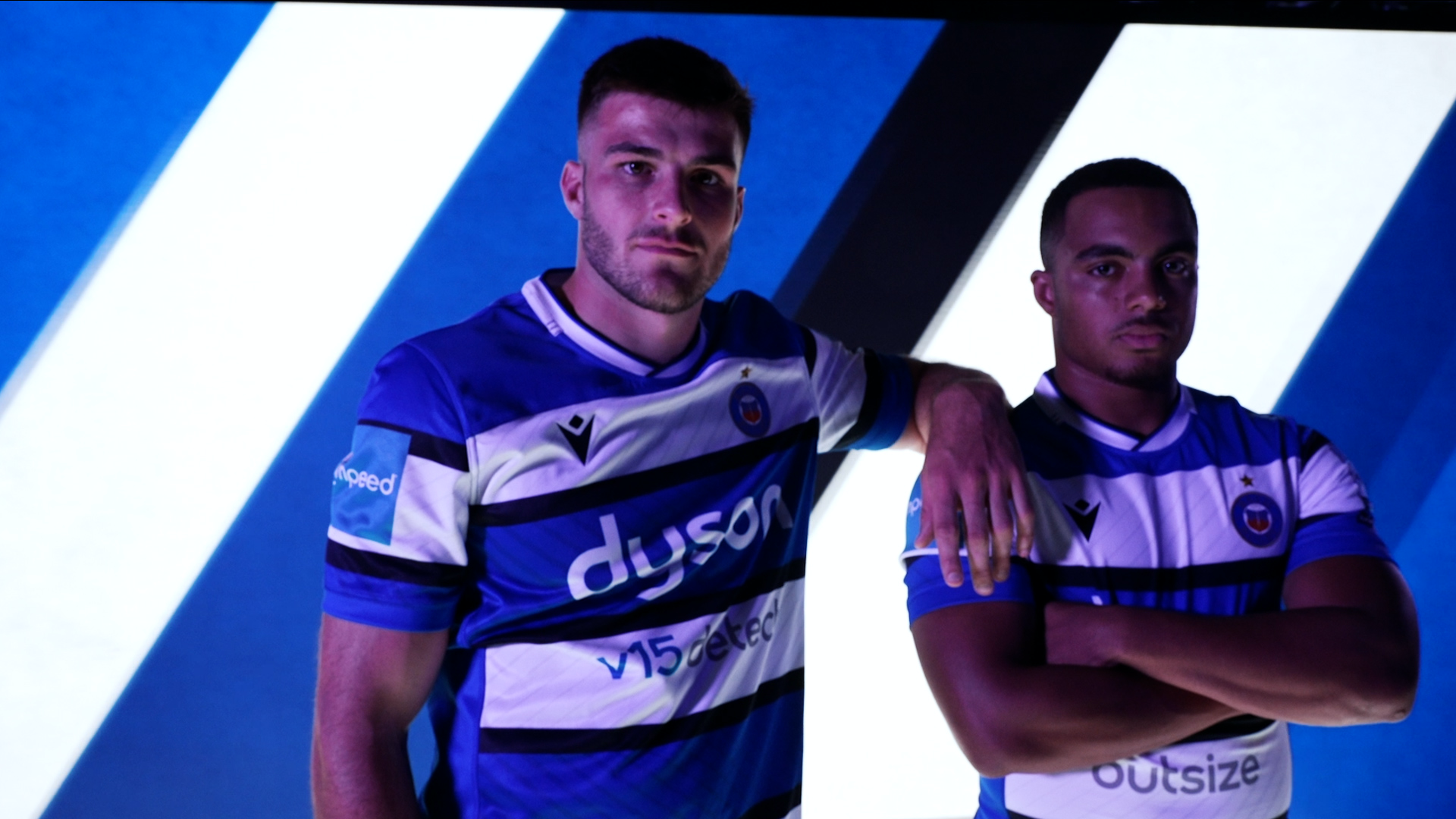 Staying true to form with the classic blue, black and white hoops, the kit pays homage to the infamous Heineken Cup win over Brive in 1998.

Over 7,000 dedicated Bath Rugby fans crossed the Channel to Bordeaux to support the team in their trophy winning match.

Of the occasion, Phil de Glanville said*: “If you see the video of us all running towards the touch line, you probably have a good sense of what the feeling was.

“It was absolute joy – everyone up in their arms running towards the coaches and the rest of the bench.

“It was one of those magical moments which still makes the hairs on the back of my neck stand up.”

The new strip is inspired by the jersey worn by Bath Rugby legends, de Glanville and Steve Ojomoh, 25 years ago.

Over two decades later, it’s modelled by their sons, Tom de Glanville and Max Ojomoh, who will take centre stage as the new season commences in under two weeks against Bristol Bears.

The home jersey is one of the most recognisable in the Gallagher Premiership, and retains the traditional blue, black and white composition. 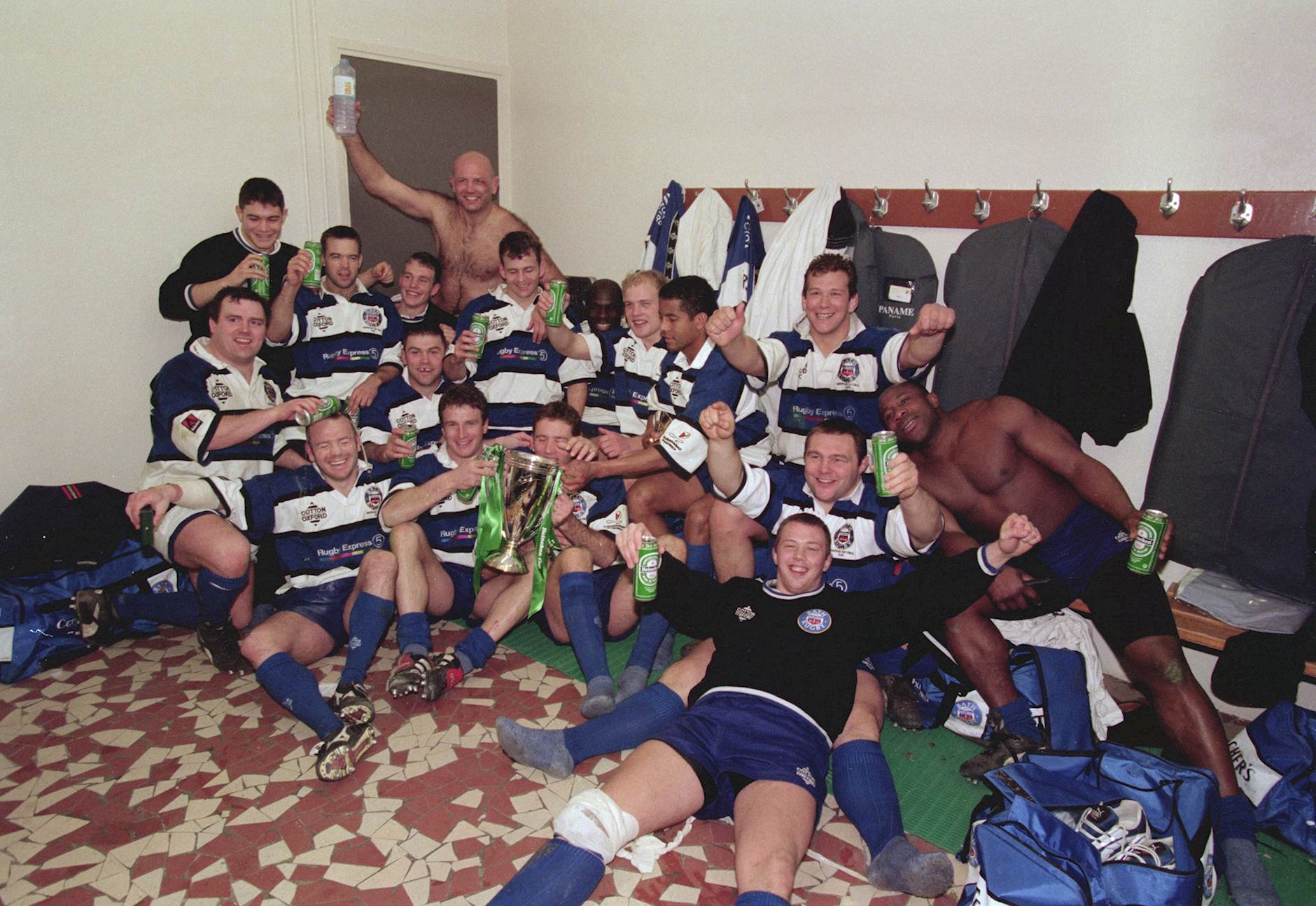 To add to the Heineken Cup commemoration, Bath Rugby recently announced Jon Callard as their new Kicking Coach for the 2022/23 season, joining the club’s string of new leaders.

Callard scored all 19 points in the Brive clash, leading the team to triumph.

Of the victory, Callard said: “The thing that made the occasion so special was how the Bath supporters got into the spirit of the French culture.

“The noise, the spirit, the banners, the klaxons, it was an amazing atmosphere. I can still feel it now, walking down the tunnel to that match – it was surreal.

“Any player that comes into the Bath Rugby family has the aim of leaving something in the foundation of the club.

“In terms of what I did during the European Cup, I’m just a tiny, little bit in that foundation and I look back at it very fondly.

“I don’t look back and think ‘I scored all the points’; I was just fortunate to do it.” 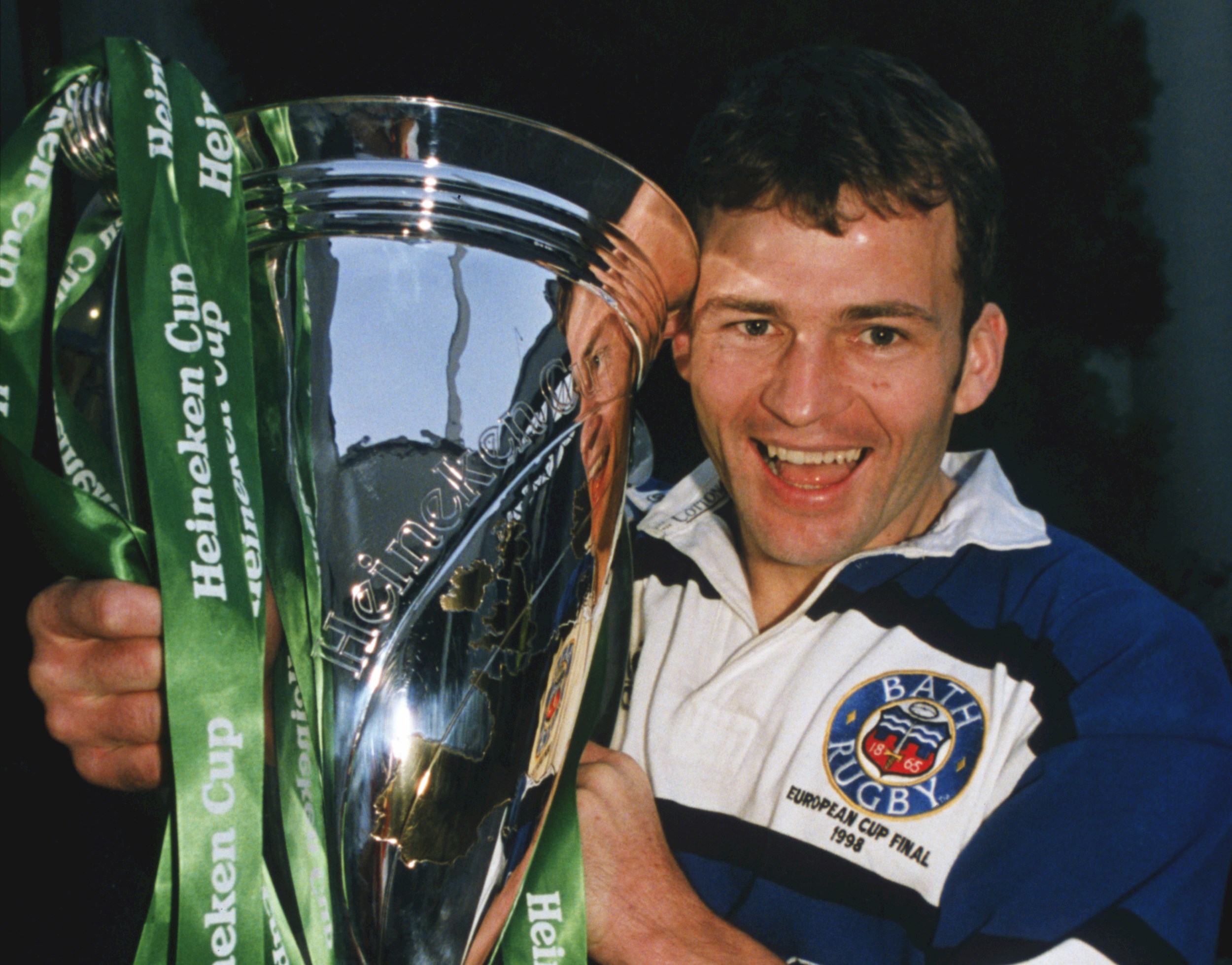 Our 2022/23 kit launch is filmed in partnership with our official AV and technology partners, Bendac, using their cutting-edge virtual production studio. Also providers of our LED scoreboards, Bendac offer a full turn-key solution for LED displays.

Replica kit will soon be available to purchase in men’s, women’s and junior fit. An adult cotton strip will also be available with long or short sleeve options.

We will let you know as soon as the kit is available to buy. If you don’t currently receive emails from Bath Rugby, sign up today to make sure you’re the first to know when you can get your hands on the jersey!

Gloucester Rugby v Worcester Warriors will not go ahead as planned

Following confirmation from the Rugby Football Union (RFU) and Premiership Rugby Limited (PRL) that Worcester Warriors have been suspended from all competitions, including the Gallagher Premiership, Gloucester Rugby’s Round 3 fixture versus the Warriors – scheduled for Saturday 1 October – will not go ahead as had been planned.

The Club awaits further information as to whether the fixture is cancelled or postponed and will update supporters as soon as possible thereafter.

Our thoughts go to Worcester Warriors players, staff and supporters following the news of their suspension from the league. We hope to see them return to the Premiership again soon.

In absence of a fixture this weekend, Gloucester Rugby is opening the gates for supporters – regardless of whether they have a ticket to the Worcester fixture – to come and watch the first team train, followed by a signing session.

Attendance is free although supporters will need a ticket for entry – simply click here to get yours.

Gates will open at 12pm with the training session running from 12.30-2pm. Following the conclusion of open training, a signing session will take place pitch-side, while Saracens v Leicester Tigers, live on BT Sport from 3pm, will also be available on the screens in the Stowford Press Clubhouse.

Next up at Holm

Bristol Bears will visit Kingsholm on Saturday 15 October and it promises to be a game not to miss! Tickets are available now from just £25 for adults and £15 for children. Click here to purchase.

DCMS will now apply to the court to appoint administrators.

As negotiations with possible investors have still not led to critically-needed funding, administration is seen as the best solution to safeguard the interests of the business and ensure the best chances of a solution that saves the club.

It is hoped that this course of action will help to bring forward interested purchasers who may be able to preserve the club.

Once appointed, administrators will communicate with staff, supporters, partners, sponsors and creditors about timescales and processes to seek a purchaser.

Warriors owners Colin Goldring and Jason Whittingham said: “We are grateful to DCMS and Sport England as the Covid19 loan Programme Manager for accepting our request to place the club into administration.

“Both the club and DCMS will continue to co-ordinate efforts to find a rescue for the club if there is any possibility of it being saved.

“The administrators will assess any rescue options for some or all of the business as and when offers are made, while ensuring public funds are protected.”

The owners of Worcester Warriors have not met the RFU’s 5pm deadline to evidence insurance cover, availability of funds to meet the monthly payroll, and a credible plan to take the club forward.

The RFU has therefore suspended Worcester Warriors from all competitions, including the Gallagher Premiership, Allianz Premier 15s, U18s Academy Cup and Allianz Cup with immediate effect.

“We appreciate this is incredibly difficult news for fans, staff and players.  We would like to thank the staff and players who have worked tirelessly over recent weeks to enable matches to continue.

“We met with players and staff last week to explain why this action would be necessary and regrettably without assurances in place we have had to take this action to protect everyone’s best interests.

“We hope a buyer can be secured to allow Worcester Warriors and The University of Worcester Warriors to return to professional league rugby.  While it is the responsibility of each business owner to manage their individual finances, we will look at learnings from this situation to see what regulation can be put in place to provide all parties with more financial transparency.  Rugby is a relatively young professional sport and it has been widely recognised that clubs have been facing financial challenges even before Covid.

“Successful professional leagues are vital for the wellbeing of the whole game.  They inspire current and future players, delight fans by showcasing high skill levels and the exciting nature of our game. This is why it is so important that we continue to work with Premiership Rugby to improve the structure, governance and business model of rugby union in England.

“The RFU will continue to support community rugby in Worcester and is fully committed to ensuring local academy opportunities are provided for pathway players.”

The RFU will work with Premiership Rugby and DCMS to establish next steps for the club and what this will mean for the Gallagher Premiership, the men’s Academy and Allianz Premier 15s competitions.