After being announced as captain in midweek, Ben Spencer will lead the side from scrum-half at Ashton Gate, in a starting XV that contains four debutants.

Having previously spent eight years at The Rec between 2011-2019, Dave Attwood will make it appearance 158 in Blue, Black and White alongside Josh McNally in the second row.

HEAR FROM JVG AND YOUR NEW CAPTAIN

Tom de Glanville will make his 50th club outing from full-back and is joined the back three by fellow homegrown player Gabriel Hamer-Webb.

Following a long period on the sidelines, Cameron Redpath is back in the centre alongside Will Butt.

Niall Annett and Louis Schreuder will earn their Bath Rugby debuts should they appear from the bench.

Ahead of the game, Head of Rugby Johann van Graan said: “The opening game in the Premiership is something you relish as a sportsman. I’m looking forward to seeing the players perform on Friday night.

“We have spoken about the pride of the jersey, and we want to make our supporters proud, and we want everyone associated with Bath Rugby to be proud of each other.” 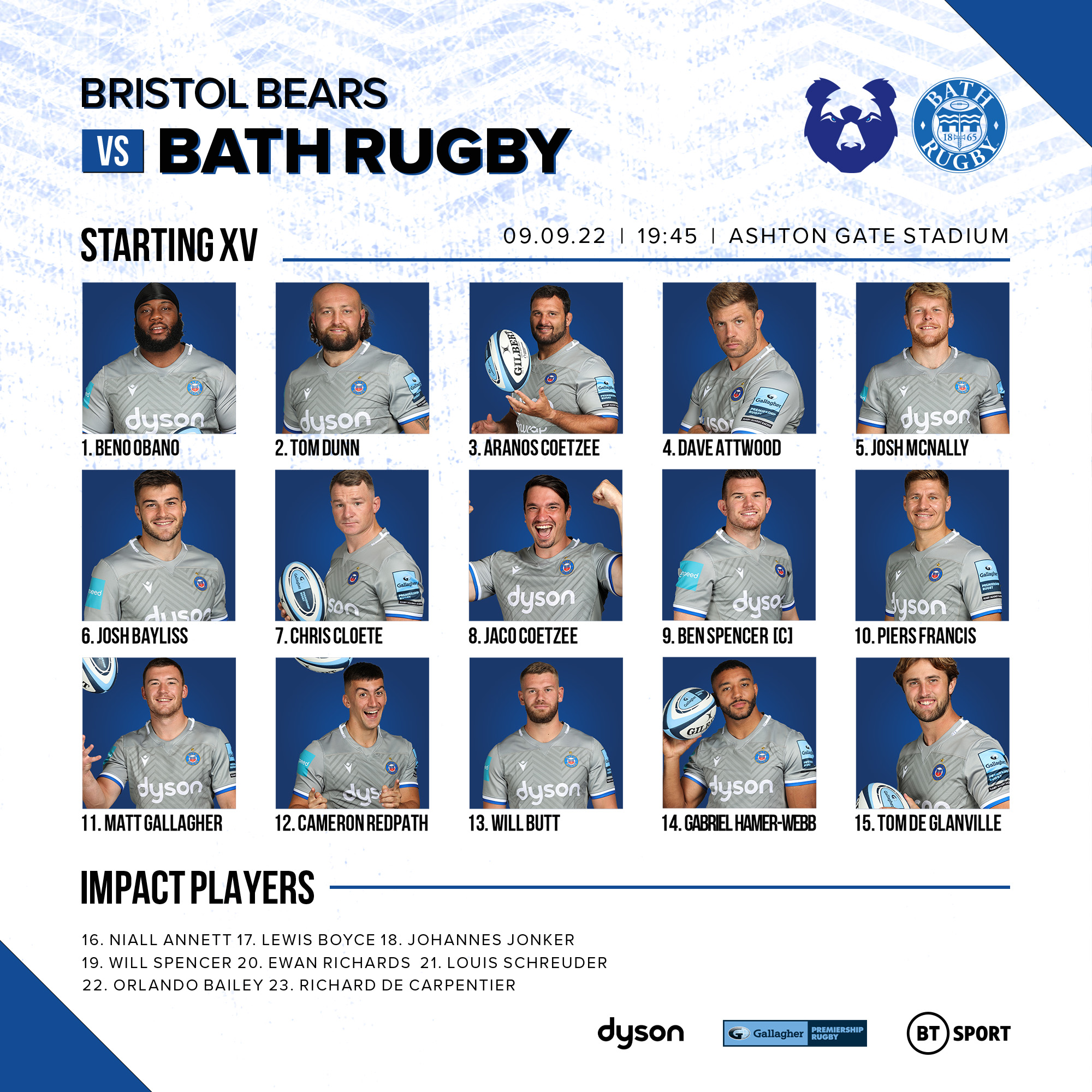 TICKETS FOR OUR UPCOMING HOME MATCHES

We have three home games in September!

Cheer Ben and the team on at The Rec!

GET YOUR TICKETS TODAY!

Leicester Tigers can confirm the signing of Mike Brown on a short-term contract.

Brown has made 72 Test appearances for England and featured in three Six Nations winning campaigns for the national side.

Speaking about the addition of Brown, Leicester Tigers Head Coach Richard Wigglesworth said: “Mike is an experienced Premiership player, who has represented his country and won trophies at club and Test level.

“His experience and his knowledge is vital during this Six Nations period where we have a number of players away.

“Mike is hungry to prove himself out on the pitch and impressed us with not only what he’s saying and doing off the pitch, but his efforts on the field and willingness to help those guys around him.

“Above all, Mike is a competitor and wants to be successful. We want those attributes in our players and he offers that.”

Discussing the move to Leicester Tigers, Brown said: “To join a club like this with all of its history and players who have been here before, it is amazing.”

“When Leicester Tigers offer you the chance to go into the environment, it is a hard one to turn down.”

Brown joins after a trial period at the club, about which he added: “To get the chance to come into the environment has been great so far and a really positive experience for me.”

“It has just had a great impression on me, led by enthusiastic coaches – one of which in Wiggy I have played a lot of rugby with – and then equally, all of the players have welcomed me in.

“I have felt sharp and it has been really good out on the field with this group of Tigers players.”

Brown recently featured for The Barbarians and, looking ahead to a potential return to professional rugby, said: “I still believe I have a part to play in the game. I didn’t believe it was my time to stop because I felt good and I still feel good.”

“I have been staying fit, wanting to be ready and not just hanging on to hope but being best prepared if it did.”