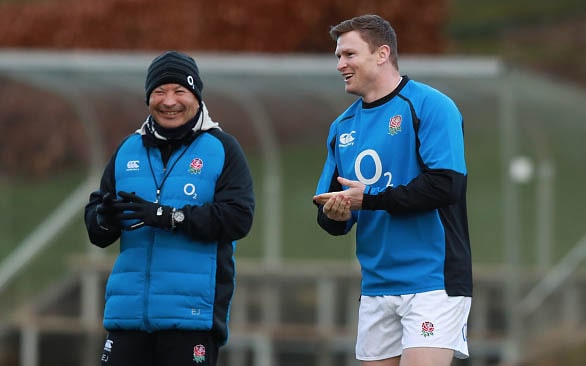 Harlequins have announced the arrival of England winger Chris Ashton following his departure from Sale Sharks earlier this week.

The 32-year-old joins the Premiership side with immediate effect and links up with several familiar faces. Speaking on his move he admitted that he is excited by the direction in which the club is heading and believes he can achieve his own personal goals there too.

“I can’t wait to get started at Quins. It is a Club filled with incredibly experienced and talented players. When I spoke to Gussy and heard more about the direction the Club is going in, and what it means to be a Harlequin, I knew that this was the right move for me. I know lots of the lads at Quins, like Danny, through our England careers and years of friendship. I like the look of what Quins are doing, they are growing a strong squad and the foundations for future success are in place. I know that I have still got a lot to give on the pitch and I am confident that being at Quins will enable me to continue scoring tries and help me with my aspirations of reaching 100 Premiership tries, beating the current record,” he said.

The back-liner has racked up 44 international caps for England to date, scoring 20 tries in the process, but has not been included in the national side since the beginning of last year.

Quins’ director of Rugby Paul Gustard is delighted to have a player of Ashton’s quality join the team and thinks that he can really add to the current crop of players.

“We are delighted that ‘Ashy’ has decided to commit his future to Harlequins. I have known Chris for around eight years now and he is without doubt one of the most competitive, professional and dedicated athletes I have encountered. His drive to succeed and win is exceptional, allied to his desire to improve and be the best version of himself he can be has always been clear. We were very interested in Chris when he was looking to move back to the UK, but unfortunately we were not in a position to compete 28 months ago. However, circumstances change and timings can sometimes work in mysterious ways, meaning we were able to get our man. We have four of our senior back three players currently unavailable with injury and therefore to bring Chris to the Club is a big boost to the squad,” he said.

It is a huge boost for the club with the former Saracens, Northampton and Toulon winger choosing to join them. He currently sits third in the Premiership’s all-time leading try-scorers list with 86 and will hope to reach the 100 mark during his time at Quins.

First up for Ashton could be a game against the Bristol Bears this weekend if he can hit the ground running during the remainder of the week.

Wasps are delighted to announce the signing of England second-row Elliott Stooke, who will join the Club at the end of the season from Bath Rugby.

The 27-year-old, who has made 142 Premiership appearances has impressed in a Bath shirt for a number of years now.

Stooke began his career at Gloucester Rugby, before moving to West Country rivals Bath in 2016.

The Worcester born lock was the fastest player to reach 100 appearances in Bath’s history.

The six-foot six-inch forward was called up to England’s Six Nations Squad in March 2019, whilst he also featured in England’s summer fixture against the Barbarians in both 2018 and 2019.

Earlier in his career Stooke appeared for England Saxons, as well as being part of England Under 20s Junior World Championship winning side of 2013.

Wasps Men’s Head Coach Lee Blackett said: “We are extremely happy to be able to bring an experienced Premiership lock like Elliot on board for next season.

“Elliott is someone we’ve watched for years, and we are excited to work with him. He is well known within our squad, and we feel his ability, experience and character will add to us on the field as well as off the field.”

Stooke added: “I am delighted to have signed for Wasps; it is such a big club with great history. I am looking forward to progressing my career at the club and getting started with my Wasps teammates.” 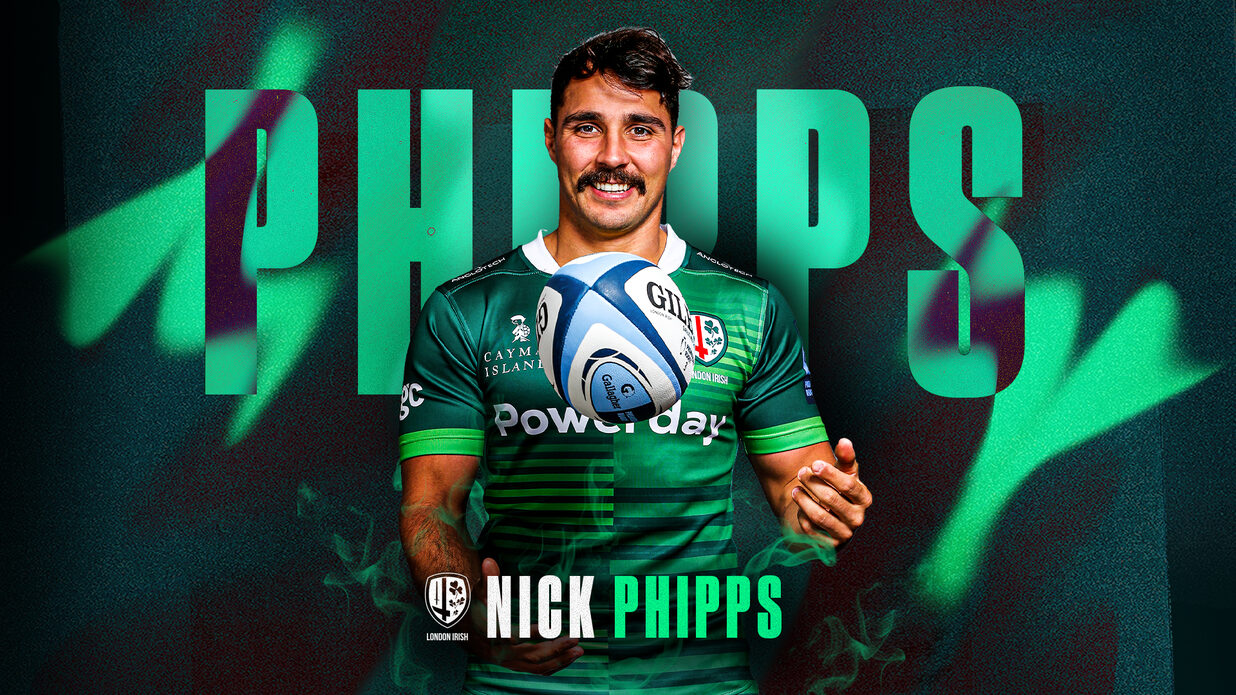 Nick Phipps has put pen to paper on a contract extension with London Irish.

The Australian scrum-half – who joined the Club ahead of the 2019/20 season – has agreed a new deal to extend his stay with the Exiles.

The 32 year-old, who has over 70 caps for the Wallabies to his name, has made 39 appearances for the Exiles to date – and he’s excited about what the future holds for London Irish over the coming years.

“I’m chuffed to bits to agree a new deal” he said.

“This is a really special Club and as a family we’re really enjoying our time in London, so there’s nowhere I’d rather be, it was a no-brainer to extend my stay.

“I want to make special memories here. We’ve got a great bunch of boys, who love playing for this Club; the coaching staff are great to work with on a daily basis – and we really feel we’re on an upward trajectory.

“There’s good things going to be happening here, I’m convinced of that – and I can’t wait to continue to be part of this exciting journey we’re on.”

Exiles Director of Rugby, Declan Kidney, believes Phipps’ decision to extend his stay at Irish is a clear signal of the Club’s intent, commenting: “Nick is an outstanding professional, the kind of player every coach dreams of having in their squad.

“His desire to continue to improve as a player, irrespective of what he’s achieved in a stellar career so far, speaks volumes of him.

“The fact he sees his long-term future here tells you we’re moving in the right direction, so we couldn’t be more delighted he’s committed his future to the Club.”

Tickets for the Exeter game are now available. Please click here to secure your seat!

Ashton Gate is set to welcome supporters back for the first time in 14 months, with 3,138 expected in BS3 – and Lam says the return of fans will provide a huge boost for his players, who sealed their play-off place with four rounds remaining by beating Bath at The Rec in round 18.

“We understand it’s another derby with Gloucester and they will be dangerous. They had a great win, and they are improving every time under George (Skivington) and their new coaching regime.

“However, for us, I think the biggest focus is that every game is important, because when we took top spot in the table in round six, for us still to be there in round 19 is a huge effort, because we put an emphasis on us and on our journey, and we said the only reason we’ll get overtake is if we drop our standards.

“So, it would be a shame, with the position we are in with four games to go and an eight-point lead, to not get to the end as the team at the top, before we go into the semis.”

Lam praised his side’s mentality after they fought back from 15 points down to complete a second successive league double over Bath – and the Bears boss believes the experience will stand them in good stead come the business end of the season.

“The outcome is extremely pleasing. To get a record score down at The Rec was massive and a real testament to the work done by everybody – and the way we did it.

“We knew what we needed to do, and we knew the opportunities were there. We gifted them two soft tries, but the calmness of the guys to work their way through it and keep at it, and it’s great when guys are saying ‘keep going and we’ll get there.’

“For it turn out that way was pleasing and will hold us in good stead for what’s to come.”